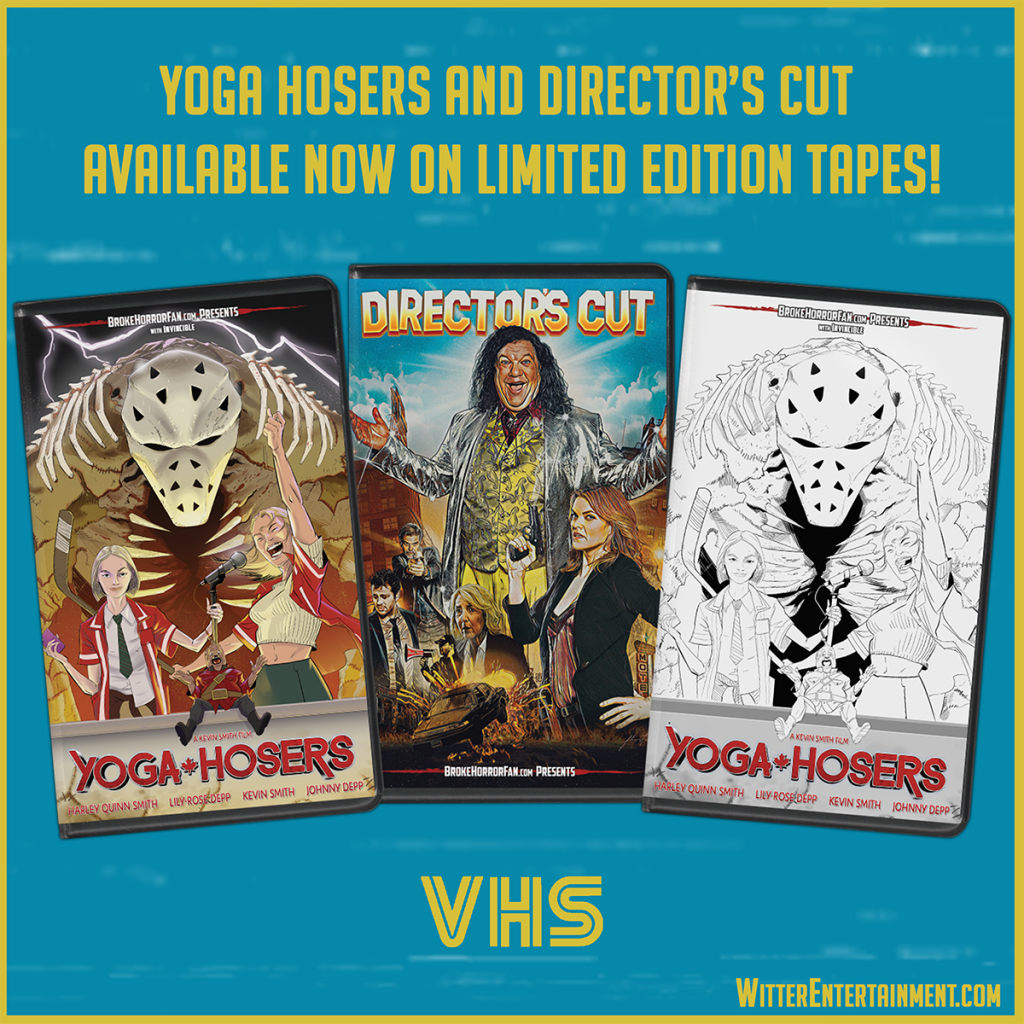 Set in the Great White North of Canada, Yoga Hosers tells the story of Colleen Collette (Lily-Rose Depp) and Colleen McKenzie (Harley Quinn Smith) who spend their days doing yoga with their faces in their phones, ‘Liking’ or ‘Not Liking’ the real world around them. When these Sophomore girls are invited to a Senior party by the school hottie Hunter Calloway (Austin Butler), the Colleens accidentally uncover an ancient evil, long buried beneath the Manitoba earth. They team up with a legendary man-hunter, Guy LaPointe (Johnny Depp) to battle with this ancient evil presence that is threatening their major party plans.

“This isn’t the real world. This is Canada.”

In Director’s Cut, Herbert Blount (Penn Jillette) is a crowdfunding contributor for the new Adam Rifkin feature, ‘Knocked Off’. Unhappy with the film, he steals the footage and kidnaps actress Missi Pyle to star in his own “director’s cut!”

Director’s Cut is packaged in black clamshell cases featuring artwork by Johnny Oliver Tabor, includes a letter from Adam Rifkin, and an exclusive introduction by writer/star Penn Jillette. Stay tuned after the movie for a special feature: the crowdfunding pitch video. Supervised by director Adam Rifkin (Detroit Rock City), this release is limited to 50 tapes.

Victor Crowley celebrates the first anniversary of its VHS debut with new artwork by Vasilis Zikos in white clamshell cases, and includes a letter from writer-director Adam Green (Hatchet). Two editions are available: standard, limited to 75, and bloody, limited to 25. A small quantity with Will Perkins’ original artwork is still in stock as well.

All films are officially licensed and have been cropped from their original aspect ratio to 4:3 for optimal VHS presentation. The latest contemporary horror films to join the retro home video line are available now while supplies last at WitterEntertainment.com 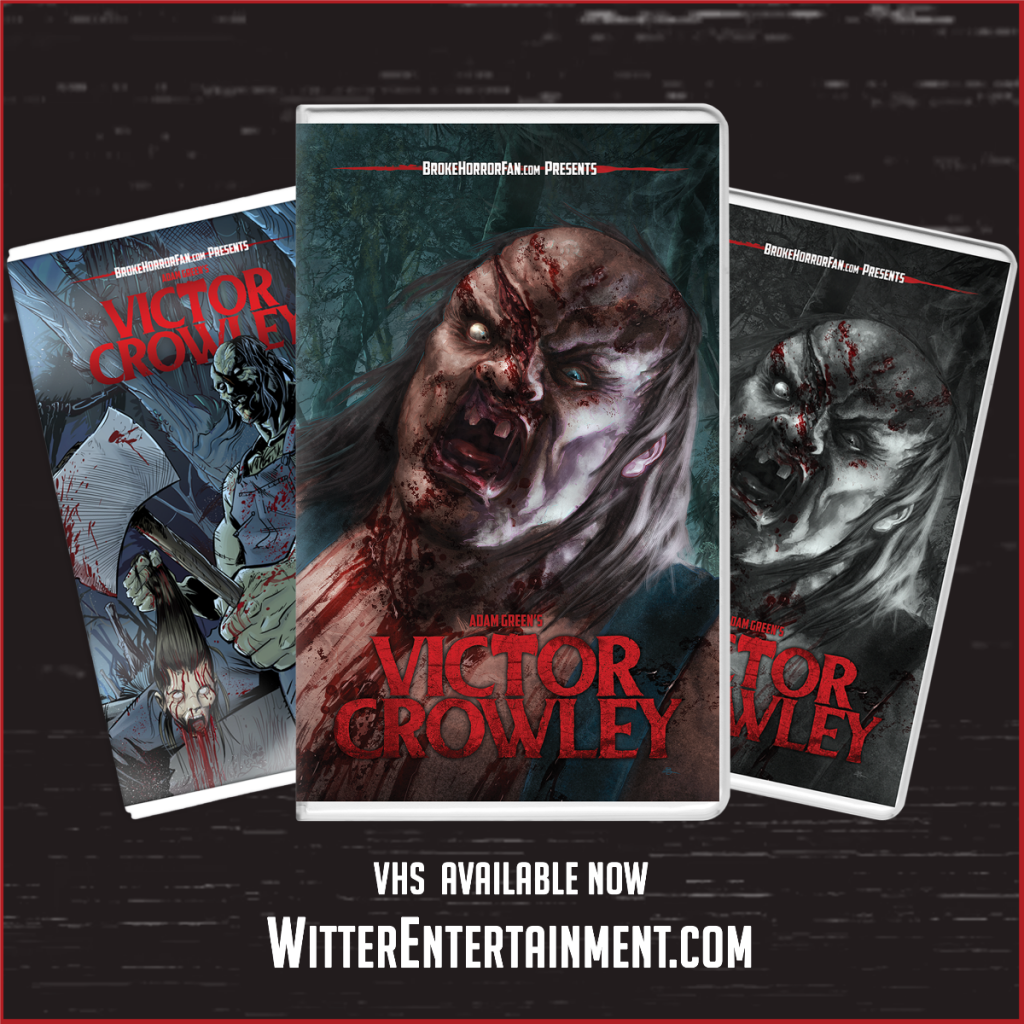 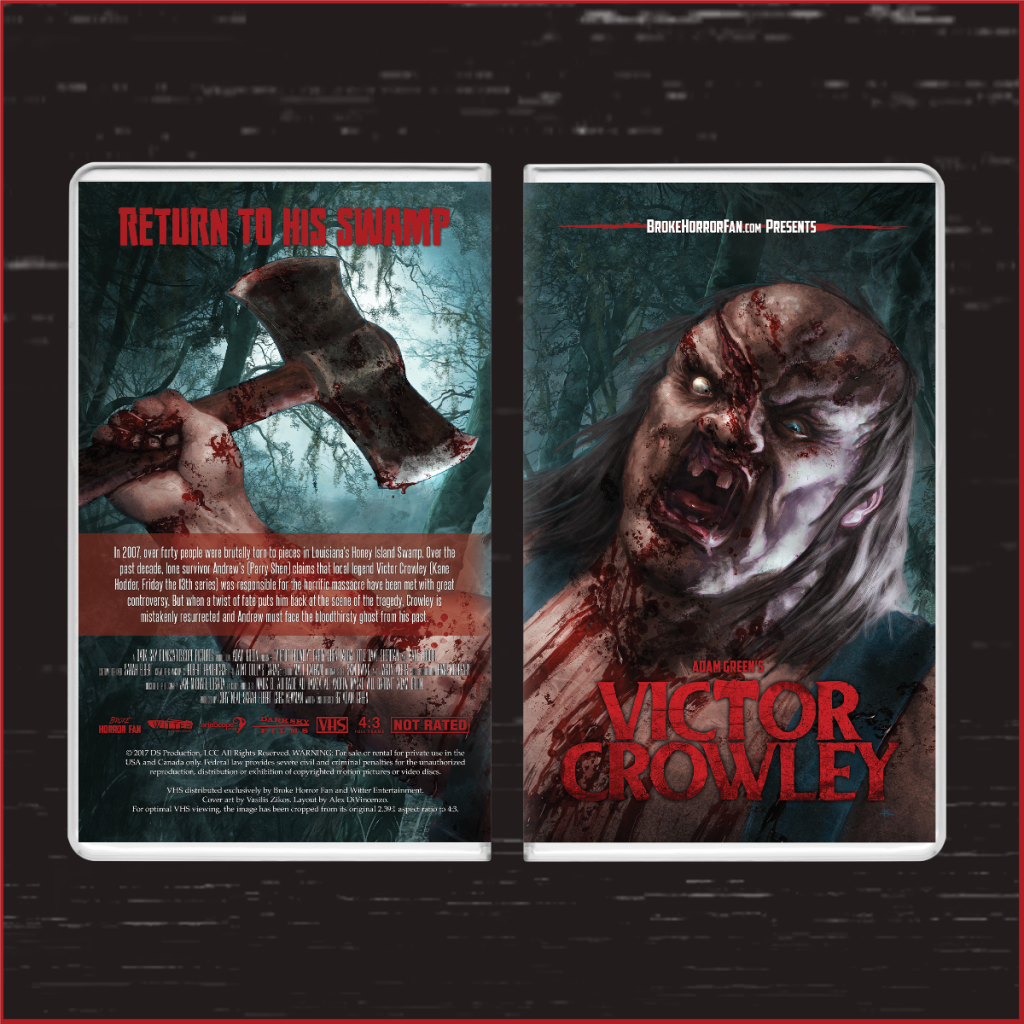