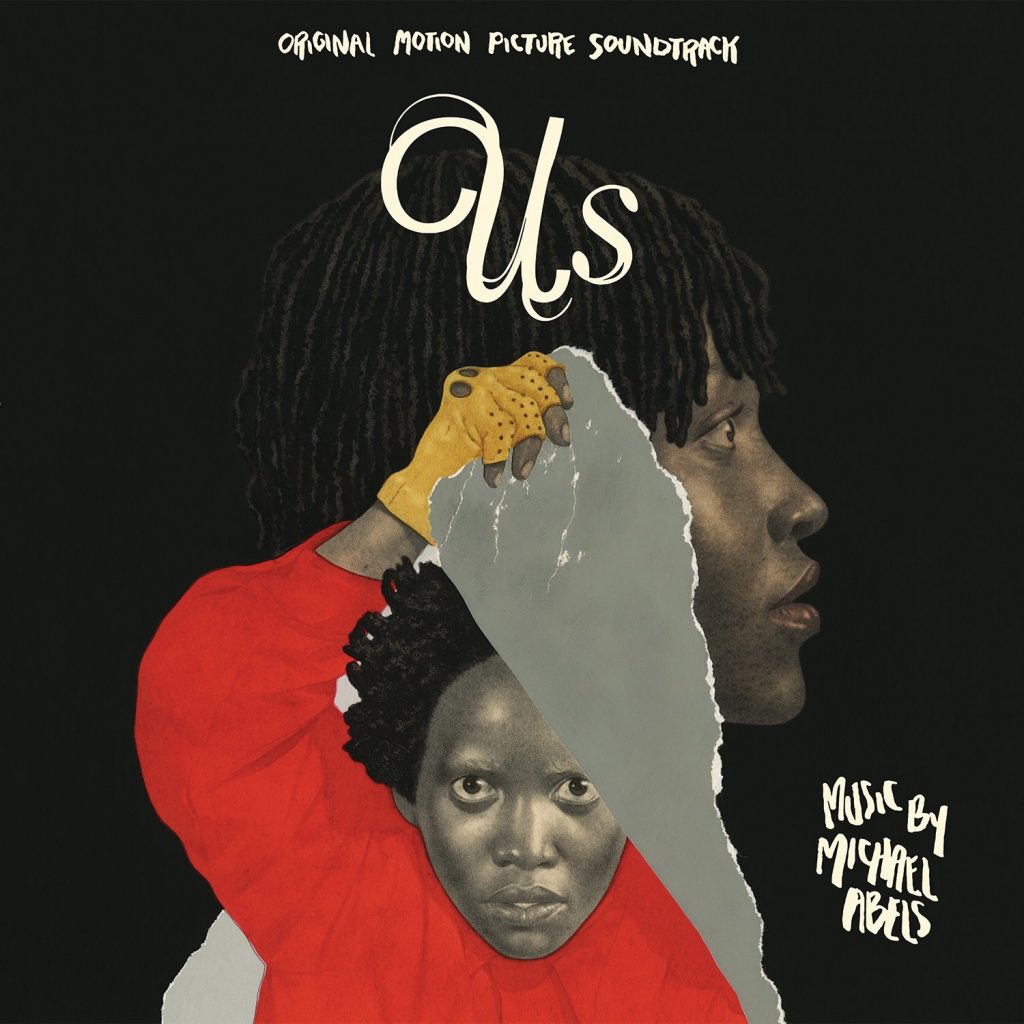 Waxwork Records is proud to present the Us original motion picture soundtrack featuring a score by composer Michael Abels. Us, released in March 2019, is an original nightmare written, directed and produced by Academy Award®-winning visionary Jordan Peele (Get Out). Set in present-day Santa Cruz on the iconic Northern California coastline, the film, starring Oscar® winner Lupita Nyong’o and Black Panther’s Winston Duke, pits an ordinary American family against a terrifying and uncanny opponent: doppelgängers of themselves.

Abels featured a 30 person choir, a third of them children, in the Anthem, and implemented Eastern European instruments, violins, percussion, and a virtual instrument called a Propanium drum.

“It makes this trashy metal sound, but you can also play melodies on it. The Propanium drum has a sound that’s both otherworldly but not electronic or like science fiction. It’s a sound you can’t quite put your finger on, which is why it works well in this film.” – Michael Abels, composer of Us

Also included on the soundtrack is the 1995 hip-hop hit I Got 5 On It by Luniz and the stand-out track I Like That by Janelle Monáe. Abels also helped with a new arrangement of the Luniz hit, which is featured on the soundtrack as the Tethered Mix from Us.

Waxwork is thrilled to present the soundtrack and score as a deluxe double LP featuring 180-gram “Metallic Brass Scissors” colored vinyl for disc one, and “Tethered Red Jumpsuit” colored vinyl for disc two. The album artwork was created by illustrator Edward Kinsella. The interactive packaging includes die-cut inner gatefold jackets that require customers to use scissors* to cut through family-member portraits to reveal their tethered doppelgängers lurking in the shadows on the printed inner sleeves housed within. More deluxe items include a die-cut mirror board back cover, a heavyweight 11”x11” art print, and an exclusive essay by UCLA Professor, scholar, and activist Shana L. Redmond Ph.D., author of Anthem: Social Movements and the Sound of Solidarity in the African Diaspora. 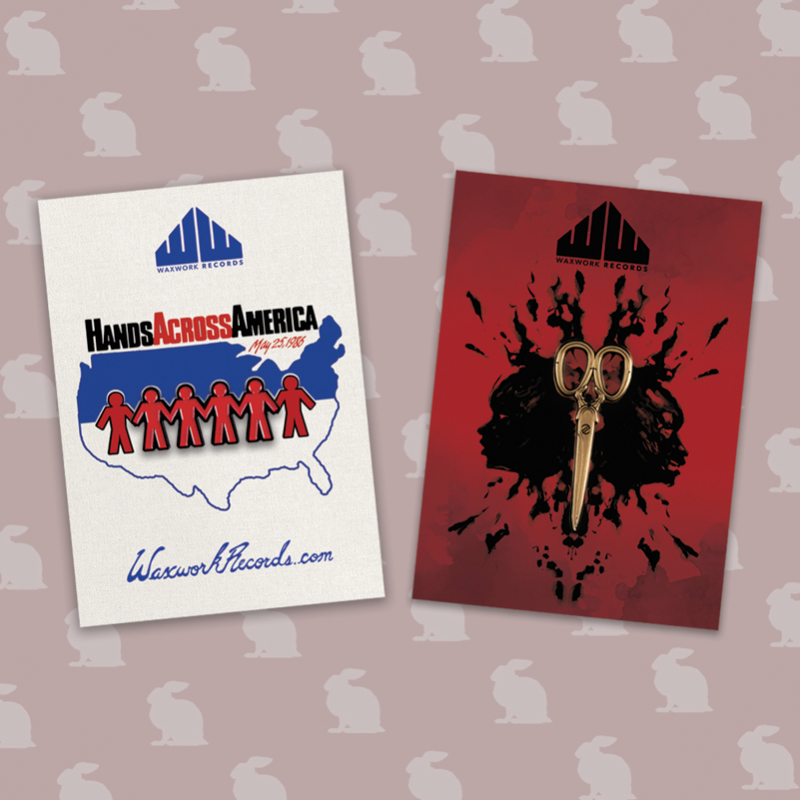 Us vinyl soundtrack and pins are available from waxworkrecords.com; in stock and ready to ship!