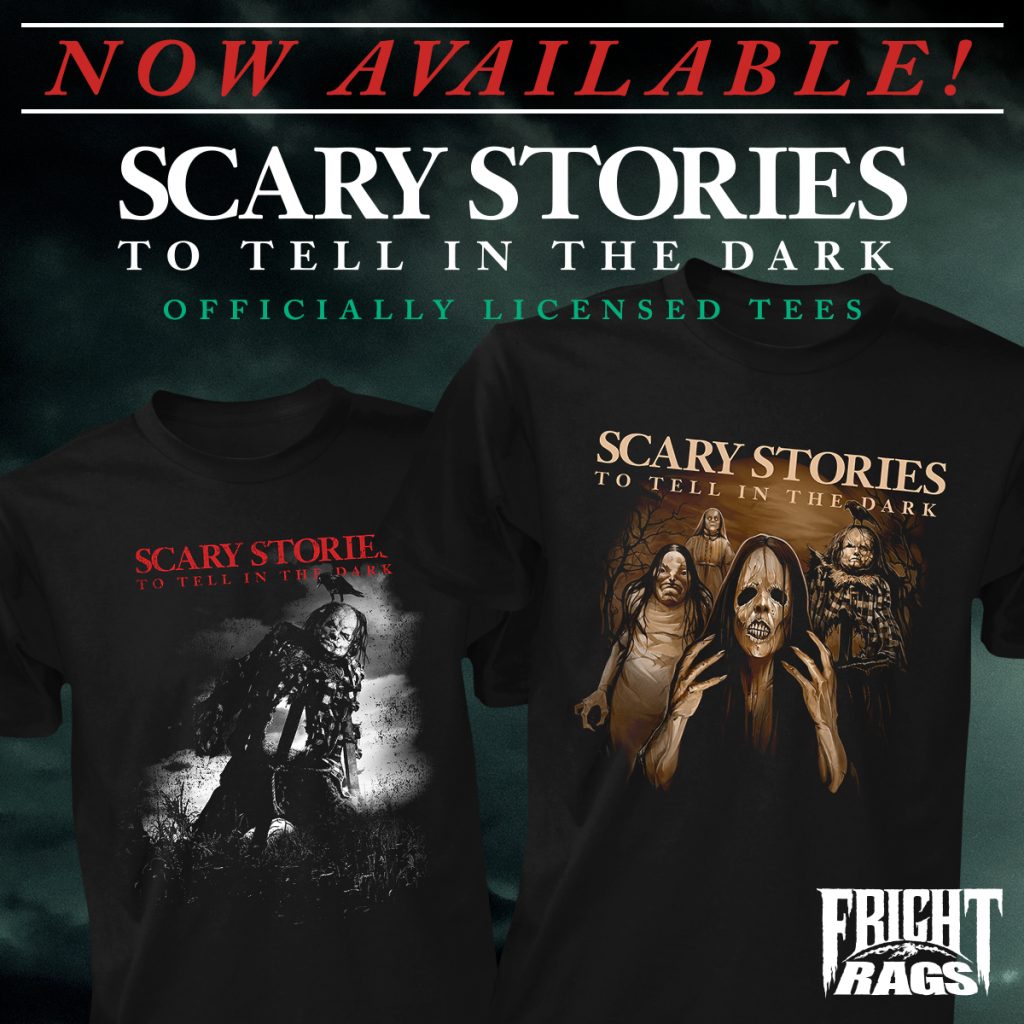 Scary Stories to Tell in the Dark embraces the haunting illustrations from the books, and Fright-Rags transposes that imagery onto two t-shirts from the film; one features a photo of Harold the scarecrow, while the other is an original design with four monsters.

Enter Fright-Rags’ House collection at your own risk. Horror comes home on a tee with Big Ben from the ’80s cult classic, as well as a shirt for The Horror Show (also known as House III) and an enamel pin based on the House poster; which features a severed hand with sliding action.

Scary Stories to Tell in the Dark, House and Garbage Pail Kids collections are on sale now at Fright-Rags.com “Horror has found a new home.” 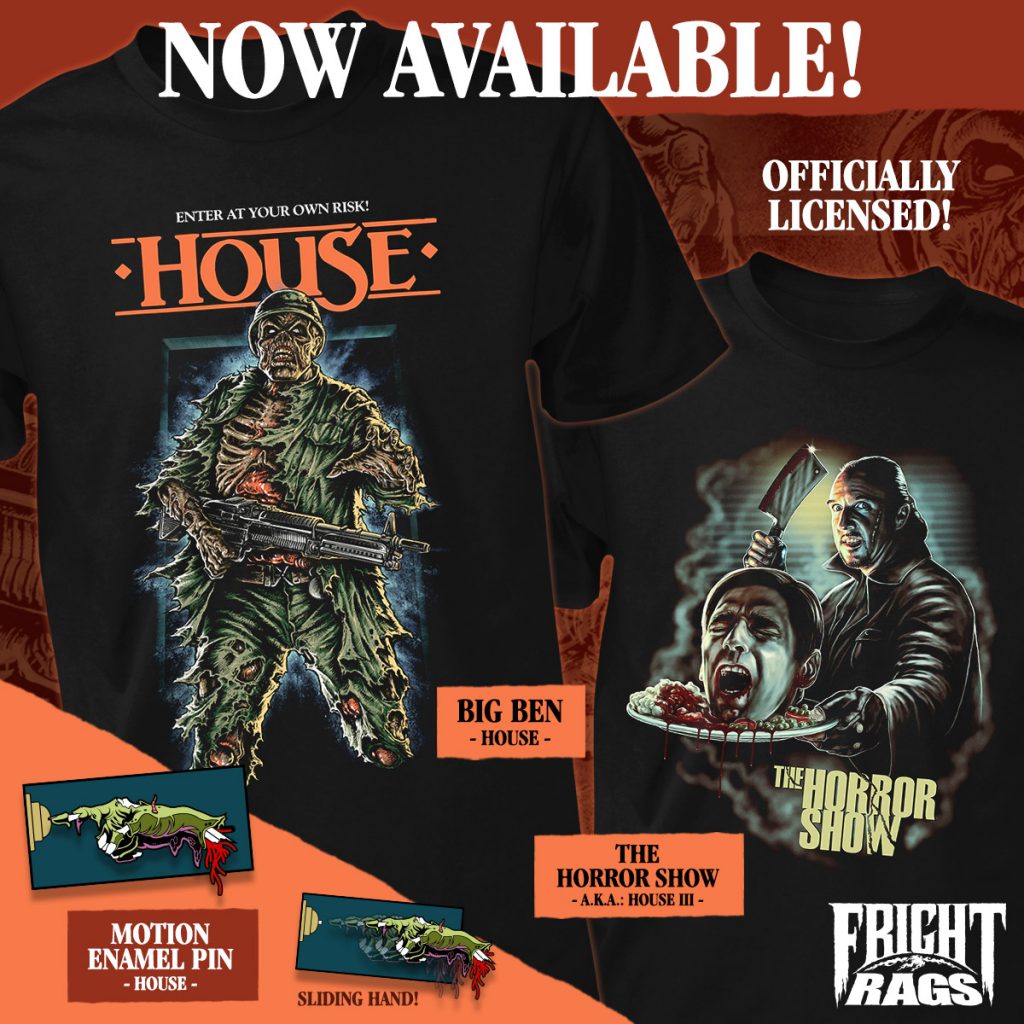 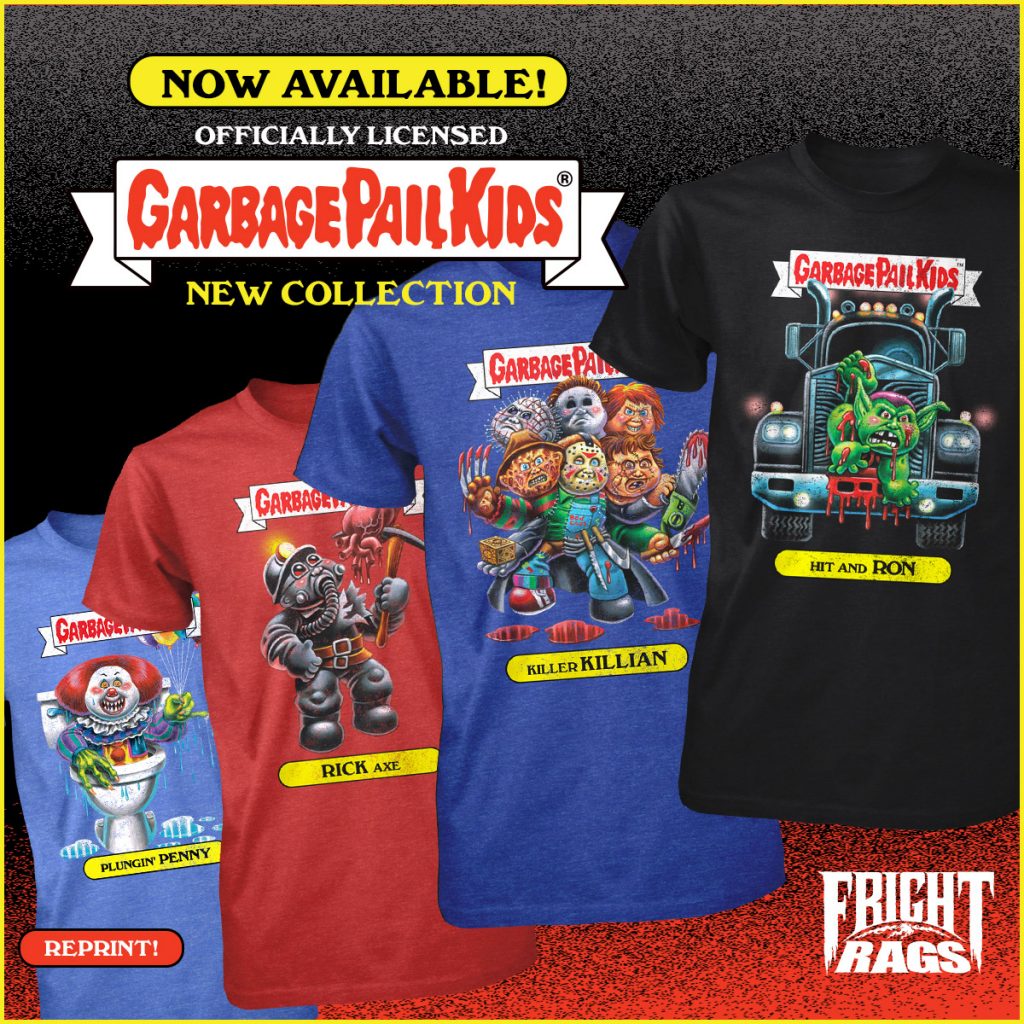