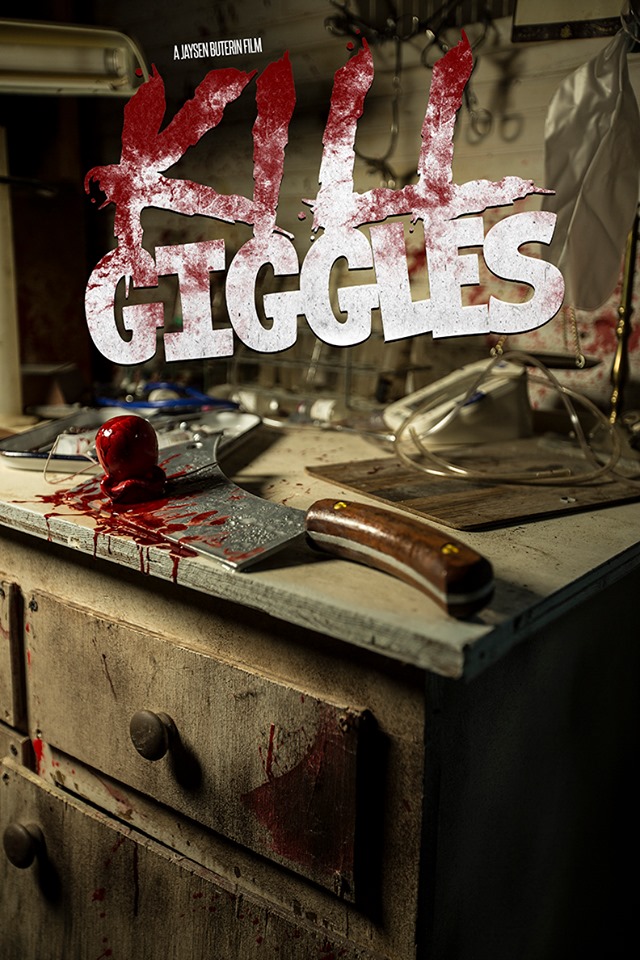 There’s an old saying that goes, “all the world loves a clown,” but when the fourth annual GenreBlast Film Festival descends upon the Alamo Drafthouse in Winchester, VA in two weeks, some North Carolina filmmakers are going to add their own little caveat, “no one ever said it had to be alive.”

From writer/director Jaysen Buterin comes Kill Giggles, a Hitchcockian horror/thriller that just recently completed principal photography in Greensboro, NC, and that will have the official world premiere of its first teaser at this year’s event.

“The GenreBlast Film Festival is such an amazing array of indie, underground and cult films, filmmakers and film lovers from around the world, that to be able to have a sneak peek at the movie magic we’ve made is both an honor and a privilege.” – Jaysen Buterin

Inspired by Buterin’s own coulrophobia (extreme fear and/or hatred of clowns), he wanted to turn the tables on a timeless terror trope by telling a story of a serial killer of clowns, as opposed to a mass-murdering maniac who just dresses up like one. This allowed him to make a movie where he could face up to his fears and explore, on screen, the way his mind dehumanizes and twists normal, kind, human clowns into terrifying man-shaped monsters.

“It’s ill-advised, self-administered psychotherapy at its best, or worst… depending on how you look at. It’s kind of like a dream come true and my worst nightmare all at the same time.” – Jaysen Buterin

A GenreBlast alum since the beginning, for 2018 Buterin and crew shot a comedic and charming horror homage to Public Service Announcements called Don’t Clown Around at the film festival, which screened multiple times over the course of the four-day period to enthusiastic applause. That same year, the script for the proof-of-concept short film, Killing Giggles, Jaysen took home the award for Best Short Screenplay. In 2017 Buterin and Mad Ones Films screened The Corner which won the award for Best Horror Short Score while in 2016, they screened the stay-at-home horror hit Don’t Let the Light In, which was nominated for Best Horror Short, Best Director Short, and Best Poster Short.

Shortly after the GenreBlast Film Festival, Mad Ones Films will release the 30-second teaser trailer online for audiences worldwide. For more information on Kill Giggles, please visit the online circus at killgiggles.com or follow the film on their official Facebook page.