aka Escape Plan: The Extractors 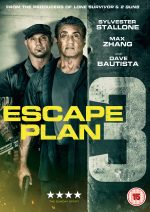 Directed by John Herzfeld (2 Days in the Valley), the third entry in the Escape Plan franchise of prison break thrillers, imaginatively titled Escape Plan 3 in the UK (subtitled The Extractors in the US) stars Sylvester Stallone (Cobra) as Ray Breslin, a former criminal prosecutor turned prison security and hostage extraction expert, and Dave Bautista (Guardians of the Galaxy) as Trent DeRosa.

Daya Zhang (Malese Jow), the daughter of Wu Zhang (Russell Wong), is sent to the United States to scout locations for further expansion of Chinese tech firm, Zhang Innovations. Despite being under the care of Bao Yung (Harry Shum, Jr.), Zhang Innovations head of security, Daya is kidnapped and taken to a black site prison in Belarus, whilst Bao is left unconscious in Mansfield, Ohio. When he finally awakens, he discovers his colleagues dead and a flash drive inscribed with the name: Ray Breslin.

Concurrently, Shen Lo (Max Zhang), the former head of security for Zhang Innovations, is in talks with Ray regarding his old (presumed missing) business associate, Lester Clark, and the deal he made with Zhang Innovations – unbeknownst to Ray at that time – regarding “The Tomb”; a prison where Ray was incarcerated. Did I mention that Ray Breslin used to specialise in testing the reliability of maximum security prisons? Except with “The Tomb”, it was never expected that he would actually escape! “Hades” is another example of Zhang Innovations privately owned black site prisons, and Shen Lo personally wants to take down his former employer, hoping that he now has an ally in Ray Breslin. 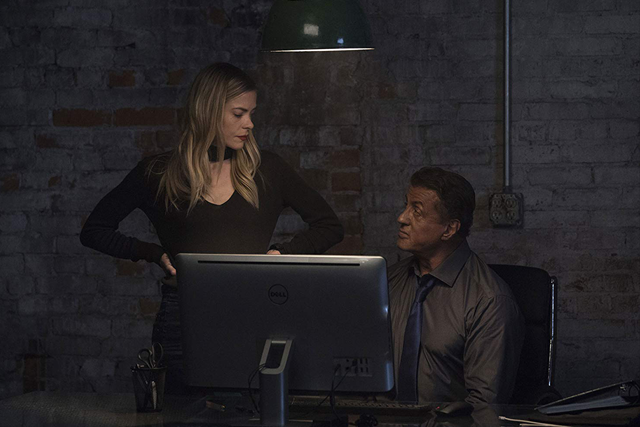 With no other leads, Bao locates the not-so-hidden new headquarters of a downsized Breslin Security to confront Ray; hoping to get some answers to Daya’s whereabouts. Bao hands over the flash drive to Ray’s team, Hush (Curtis “50 Cent” Jackson) and Abigail (Jaime King), only for Ray to discover a video with a familiar face…

“What goes around comes around. Ray Breslin, by the time you see this I’ll have Daya Zhang, and I’ll be coming for you.”

“Who is it?” asks Shen. “Lester Clark Jr. (Devon Sawa), my ex-partners son.” replies Ray sullenly. With no idea where Daya is being held prisoner, Ray calls in a favour from his old friend, Trent DeRosa (Dave Bautista).

Unlike Escape Plan (review) or its sequel (review), Escape Plan 3 strips away all elements of science fiction and instead injects realism into this dramatic tale of revenge. And whilst Escape Plan 2 left us with certain expectations as to where the third installment was headed, the organisation responsible for “The Tomb” and “Hades” – now known to be Zhang Innovations – is not central to the plot of Escape Plan 3. That distinction is instead given to Devon Sawa’s character, Lester Clark Jr. 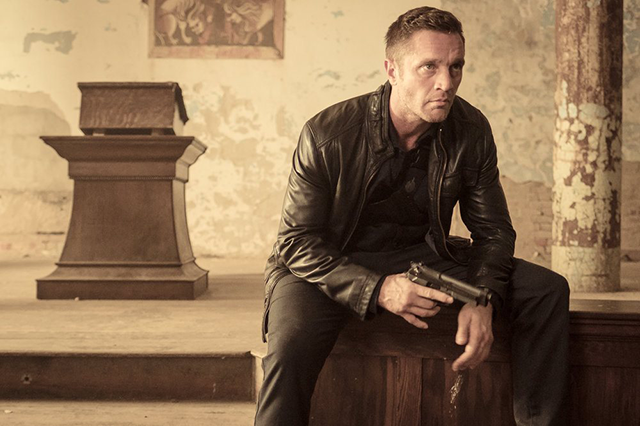 Because of this, its likely that Escape Plan 3 – previously marketed as the final installment – will receive a fourth outing, although as Ray Breslin says during the movie, “I’m done with prisons,” the direction of the next sequel will likely not revolve around Sylvester Stallone breaking out of (or into) prison. Instead, if a third sequel is produced, I hope to see Zhang Innovations explored further.

But I’m getting ahead of myself… Unlike the subtle cyberpunk vibe of its predecessor, Escape Plan 3 is more grounded in reality; with a tight script that presents a worthy antagonist with a personal vendetta; an origin that harks back to the ending of the first installment. Unlike Escape Plan 2’s Jasper Kimbral, Lester Clark Jr. is not motivated by money or power. This is revenge at its most visceral; as you will see during the unchoreographed final fight between Stallone and Sawa (Final Destination).

“Let me tell you about my father. He was the meanest son-of-a-bitch in the world. Do you know what he’d say? ‘You should learn to forgive son… You shouldn’t be so mean.’ I said ‘It’s too late! You made me what I am…'” 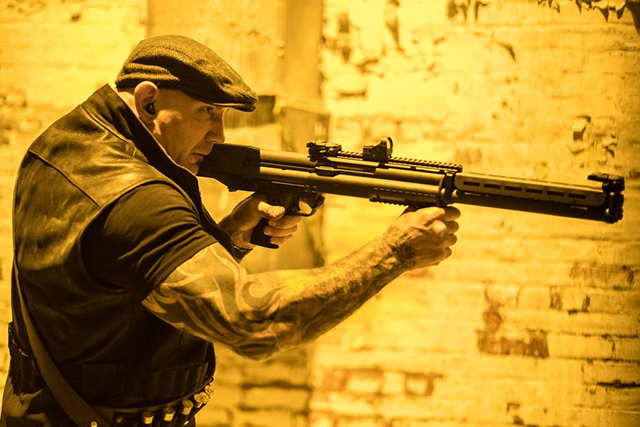 A special mention must also be given to Jamie King as Abigail Ross. King took over the role for the first two sequels from Amy Ryan and made it her own. Her emotional story arc in Escape Plan 3 heightens the drama from the moment we realise she is in danger. Dave Bautista returns with more explosive firepower, and a fight sequence that allows him to show off his skills as a larger-than-life action hero. But whilst Bautista is better utilised here than in Escape Plan 2, he is still underutilised and that is a damn shame.

Luckily for us, Max Zhang (The Grandmaster) provides enough martial arts mastery here; filling the void left by Xiaoming Huang’s absence. Even Harry Shum, Jr. (Shadowhunters: The Mortal Instruments) has an impressive, although brief fight scene during the first act of the film, and the situation he is left in during the conclusion of Escape Plan 3 only further hints at the possibility of Escape Plan 4 in the near future.

Escape Plan 3 is presented on DVD – courtesy of Signature Entertainment – and like its predecessors, offers enough hand-to-hand combat to satisfy fans of 1980s action fare and 90s DTV popcorn pulp. Stallone shows no signs of slowing down, and even if Escape Plan 4 never materialises, I have no doubt that we’ll continue to see Sly kick ass into his eighties. Until then, I’ll be a few rows from the back watching Rambo: Last Blood!