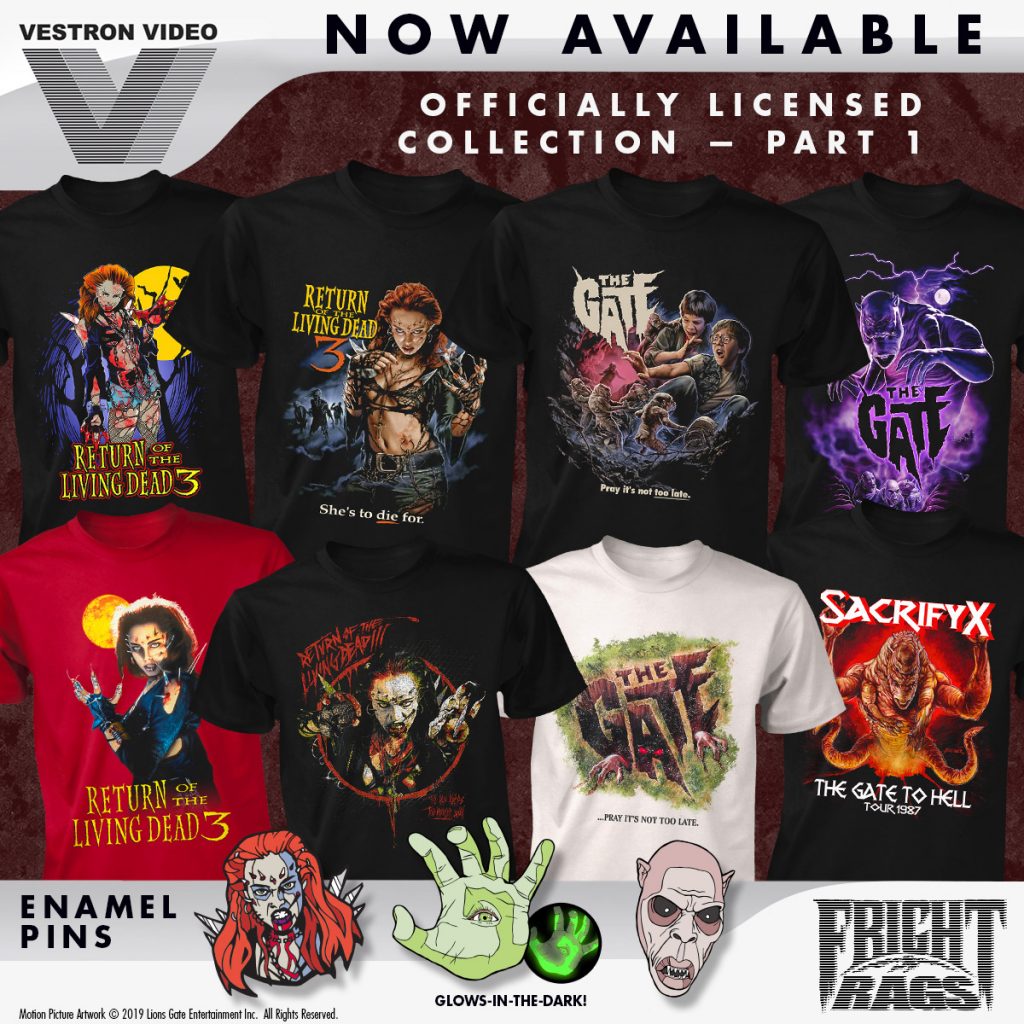 Fright-Rags’ Return of the Living Dead III apparel is to die for. The Brian Yuzna-directed sequel has received three t-shirts plus an enamel pin featuring a zombified Melinda Clarke. But wait! There’s also a passageway for The Gate merchandise. Pray it’s not too late with four t-shirts and two enamel pins (including one that glows in the dark) from the ’80s cult classic.

Celebrate Fangoria’s 40th anniversary with five enamel pins featuring the magazine’s various logos over the years. Limited to 225, the set is housed in a collectable box. Fangoria 1979 distressed tees and Fangoria pride tees are also available; all proceeds from the latter are donated to AIDS/Lifecycle.

Vestron Video and Fangoria collections are on sale now at Fright-Rags.com “… pray it’s not too late!” 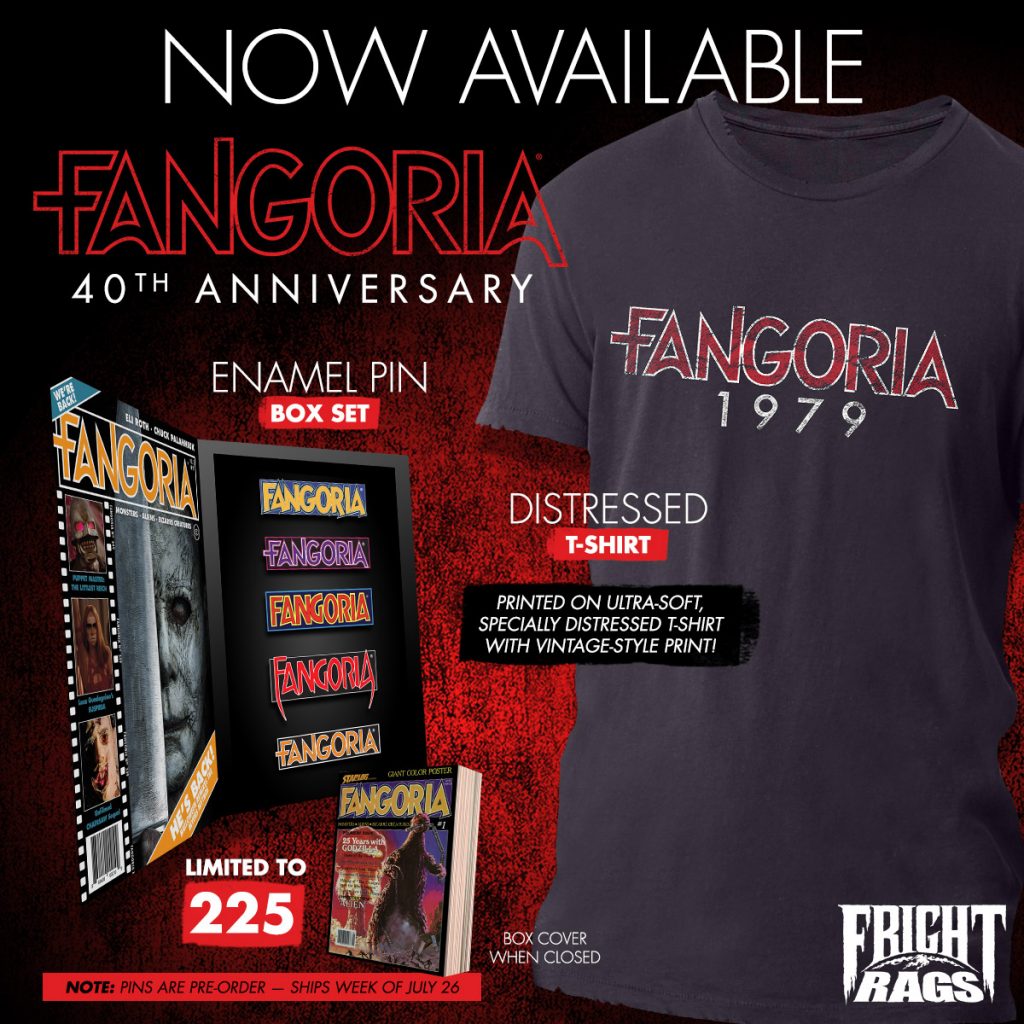