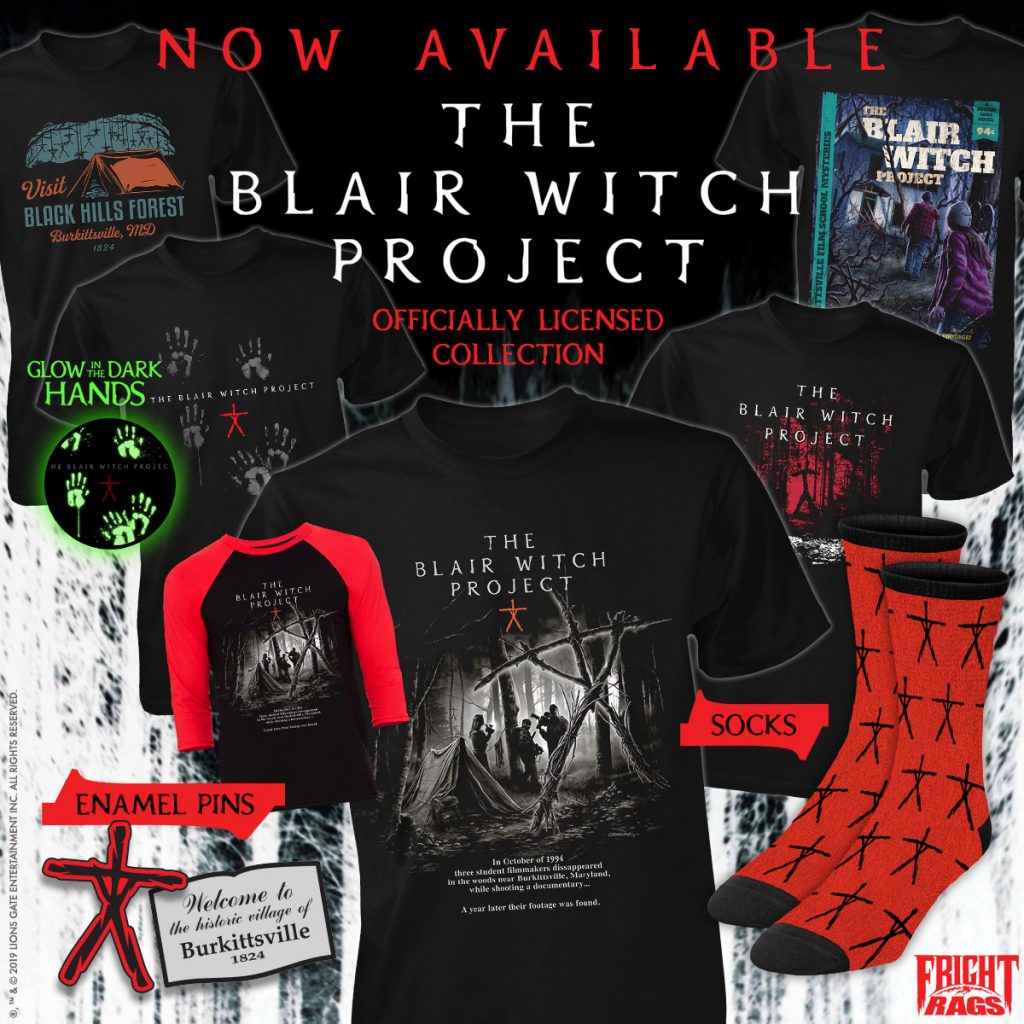 Celebrate 20 years of The Blair Witch Project with Fright-Rags’ collection dedicated to the genre-defining film. The line features five t-shirts, including one with glow-in-the-dark handprints, two enamel pins, and ‘Stickman’ socks.

“In October of 1994 three student filmmakers disappeared in the woods near Burkittsville, Maryland, while shooting a documentary… A year later their footage was found.”

Fright-Rags salutes summer movies with a colorful array of apparel from Jaws and E.T. the Extra-Terrestrial. Each Steven Spielberg classic has three t-shirts, including new designs, reprints, and classic artwork.

Earn a higher degree in terror with Fright-Rags’ Splatter University apparel. The ’80s slasher has received two t-shirts: one new design and one reprint.

The Blair Witch Project, Jaws, E.T. the Extra-Terrestrial and Splatter University collections are on sale now at Fright-Rags.com “I’m afraid to close my eyes, I’m afraid to open them.” 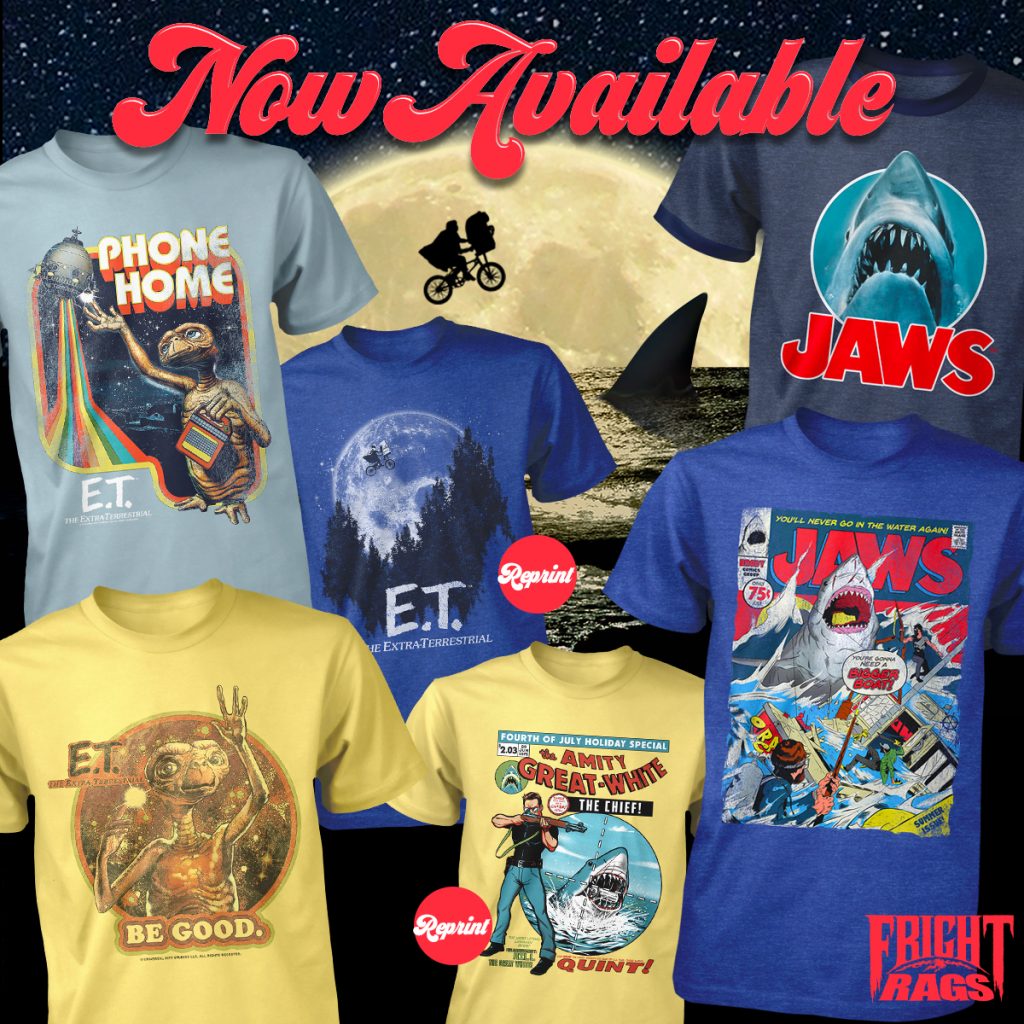 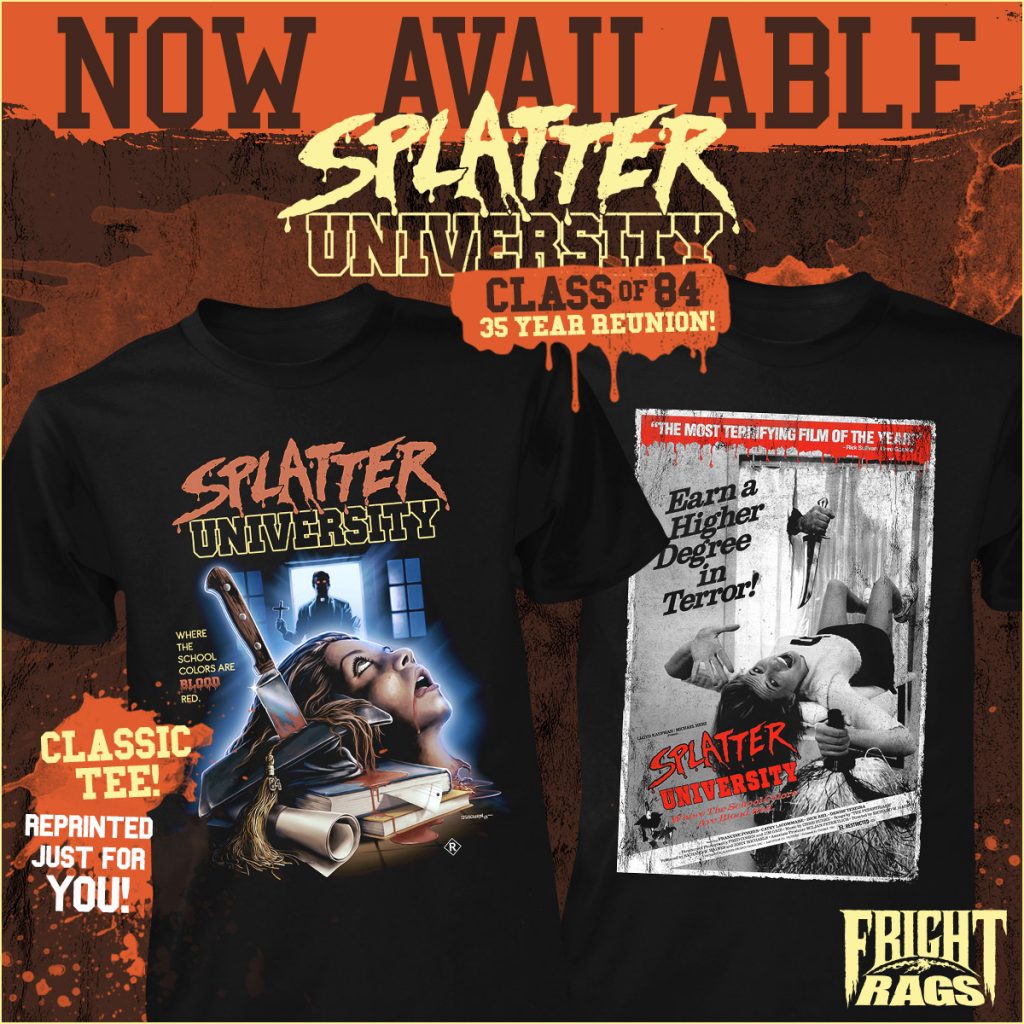