Reboot of the Puppet Master franchise. 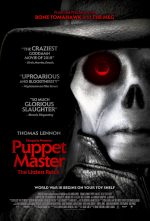 What Puppet Master (1989) (review) did for Charles Band and Full Moon Features (then known as Full Moon Productions) is similar to what The Toxic Avenger (1984) did for Lloyd Kaufman, Michael Herz and Troma Entertainment: It established Full Moon as an independent motion picture production company, and distributor of B movie schlock. But whilst Troma was self aware of their art, injecting absurd humour into almost everything they produced, most early Full Moon releases attempted to mirror the quality of other horror/sci-fi contenders in the market, despite not having the budget of their major film studio brethren. The original Puppet Master was one such attempt, and Full Moon’s first feature film.

Originally intended for theatrical release in the summer of 1989, Puppet Master was released direct-to-video during the fall and became a cult success, due in part to it ingenious puppet designs created by David Allen and his team. Full Moon knew they had something special and have continued to produce countless sequels since. This brings me to the latest iteration, Puppet Master: The Littlest Reich. 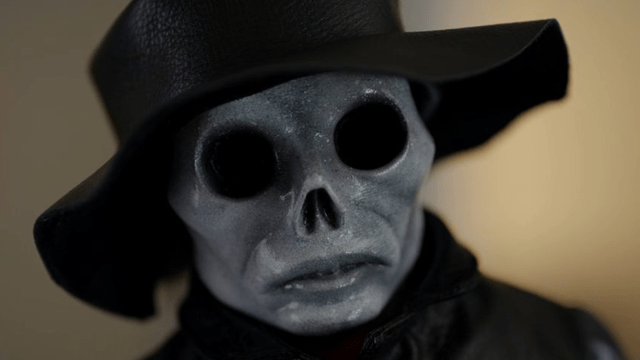 As the twelfth entry in the Puppet Master franchise, Puppet Master: The Littlest Reich was helmed under Cinestate/Fangoria, and thus is not a Full Moon feature film. Nor is this film a sequel to the previous entry in the franchise: 2017’s Puppet Master: Axis Termination. Instead, with the blessing of Charles Band, The Littlest Reich is a comedic reboot of the series, written by Steven Craig Zahler (Bone Tomahawk, Brawl in Cell Block 99), and directed by Swedish duo, Sonny Laguna and Tommy Wiklund (Wither, Animalistic).

After a stressful divorce, comic book artist Edgar (Thomas Lennon) moves back in with his parents where he discovers a “Blade” puppet in his brother’s bedroom. Blade, as Edgar soon discovers, is an André Toulon (Udo Kier) original, hand-crafted by the French puppeteer and likely used in his theatrical puppetry across Europe: The Magical French Puppets of Toulon. 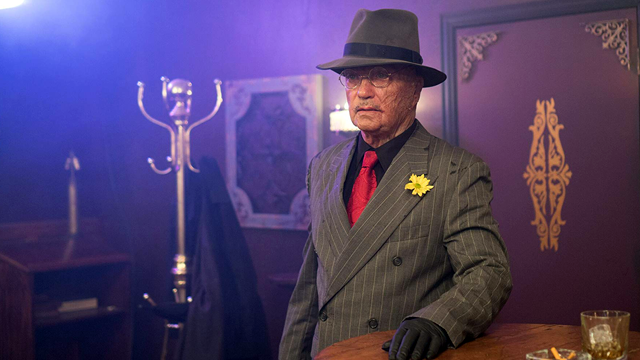 “André Toulon – note the pronunciation – was born in Paris, France in 1907. Not much is known about his life in Europe. Though from a very early age, he was involved with the family business. That was, manufacturing, selling, and performing with… puppets.”

Toulon himself was infamous, having moved to Germany during World War II, working with the Third Reich, and then fleeing to the United States shortly after the war had ended. In 1988, in Toulon’s home, it was discovered that he was torturing Jewish women. Toulon was shot dead by police officers on the scene.

With Blade in his possession – Edgar’s brother had died in an accident years earlier – Edgar discovers that a convention dedicated to André Toulon is scheduled to take place in Texas. At this convention, it is expected that approximately 60+ Toulon puppets will be auctioned off to the highest bidders.

Along with his new flame Ashley (Jenny Pellicer), and Jewish friend Markowitz (Nelson Franklin), Edgar travels to the convention; checking into the hotel that will host the event commemorating Toulon’s craftmanship, his heinous crimes (complete with a tour of his home, narrated by the legendary Barbara Crampton), and the 30th anniversary of his death.

From here on out, Puppet Master: The Littlest Reich offers one scene after another of miniature marauders perpetuating hate crimes in a grossly comedic fashion. Throats are slashed, guts are spilled, heads are severed, bodies are barbecued, and an unborn fetus is prematurely extracted from the womb… The logical question is why?

“Because they’re Nazis. Think about it. They have targeted a Jewish couple, a gay woman, a gypsy, and they were made by a guy who worked for the Third Reich. I don’t think that is a coincidence…” 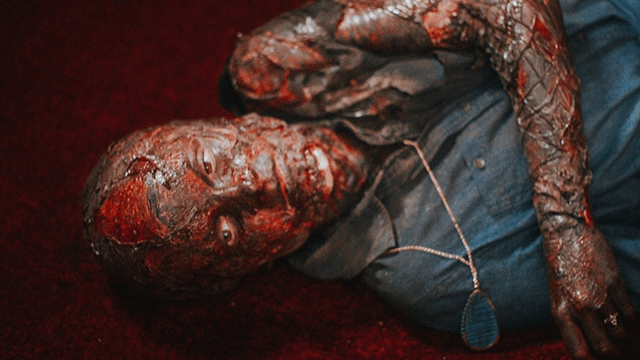 Nazi puppets. Hate crimes. Gore. Puppet Master: The Littlest Reich would be downright offensive if not for Zahler’s deadpan humour set against Laguna and Wiklund’s on-screen violence, and Fabio Frizzi’s (Zombie Flesh Eaters, City of the Living Dead) electric score. This new Puppet Master differentiates itself heavily from the mythos established over the last 30 years by Full Moon – taking the idea of Nazi puppets quite literally – and yet, The Littlest Reich displays reverence for the 1989 original and its sequels. Puppet Master fans like myself won’t be disappointed!

Is Puppet Master: The Littlest Reich politically incorrect? Absolutely, making this entry closer in spirit to something Troma would produce. SFX coordinator and creature/puppet designer Tate Steinsiek has done an incredible job of updating beloved puppets like Blade, Pinhead, Torch (now known as Kaiser), and Tunneler, but it is The Littlest Reich’s newest additions – my favourites being Skull Blade (the Blade variant), Autogyro, and Mr. Pumper – that deliver the most offensive kills. 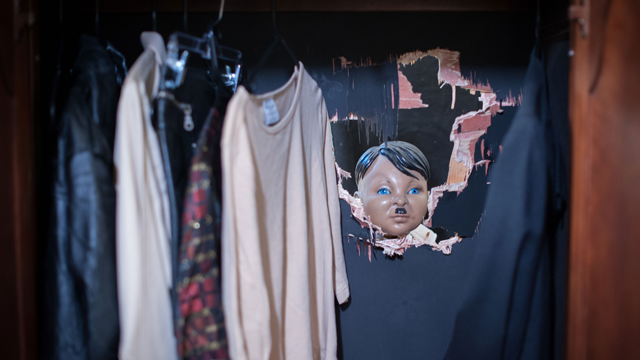 My only criticism comes from an abrupt ending – setting up this alternative timeline for a sequel – and perhaps, for those of you who are considered Puppet Master purists, you may not appreciate the few changes that have been made to the OG puppet design and the reboot’s mean-spirited direction. For fans of the Full Moon timeline, Charles Band has confirmed that the original mythos will be expanded upon, separately to Fangoria’s newly established mythos. For me at least, I had a lot of fun with the reboot. Puppet Master: The Littlest Reich aims to shock you with a death count that is higher than any previous entry in the series. It is bold, in your face, and will leave you feeling guilty for laughing at the most absurd murder-set-piece.