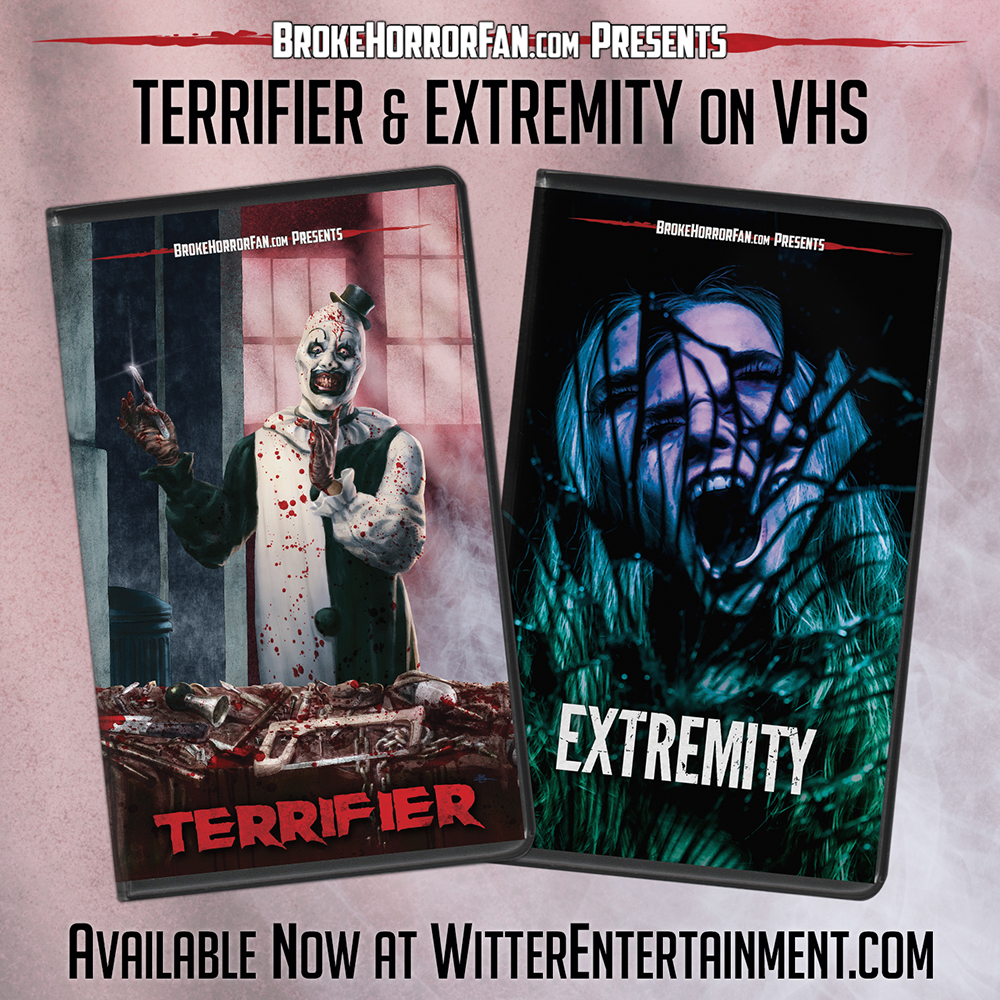 In Anthony DiBlasi’s Extremity, a young woman obsessed with horror subjects herself to hours of grueling torment inside an extreme haunt, in an attempt to confront her fears and conquer the tragic past that haunts her. Extremity features new artwork by Dean Karr (Slipknot, Marilyn Manson) and Broke Horror Fan’s Alex DiVincenzo, housed in a black clamshell case. The one-time VHS pressing is limited to 50 units. The film has been cropped from its original aspect ratio to 4:3 for optimal VHS presentation.

In Damien Leone’s Terrifier, Art The Clown returns and sets his sights on three young women, along with anyone else that gets in his way. Terrifier’s standard edition, with original artwork by Vasilis Zikos, has been restocked on VHS. The 2016 slasher cult classic includes a letter from writer-director Damien Leone, an exclusive introduction by Art the Clown actor David Howard Thornton, and special features.

Extremity is the latest contemporary horror film to join the retro BrokeHorrorFan.com Presents home video line, and is on sale now at WitterEntertainment.com, along with a restock of Terrifier. 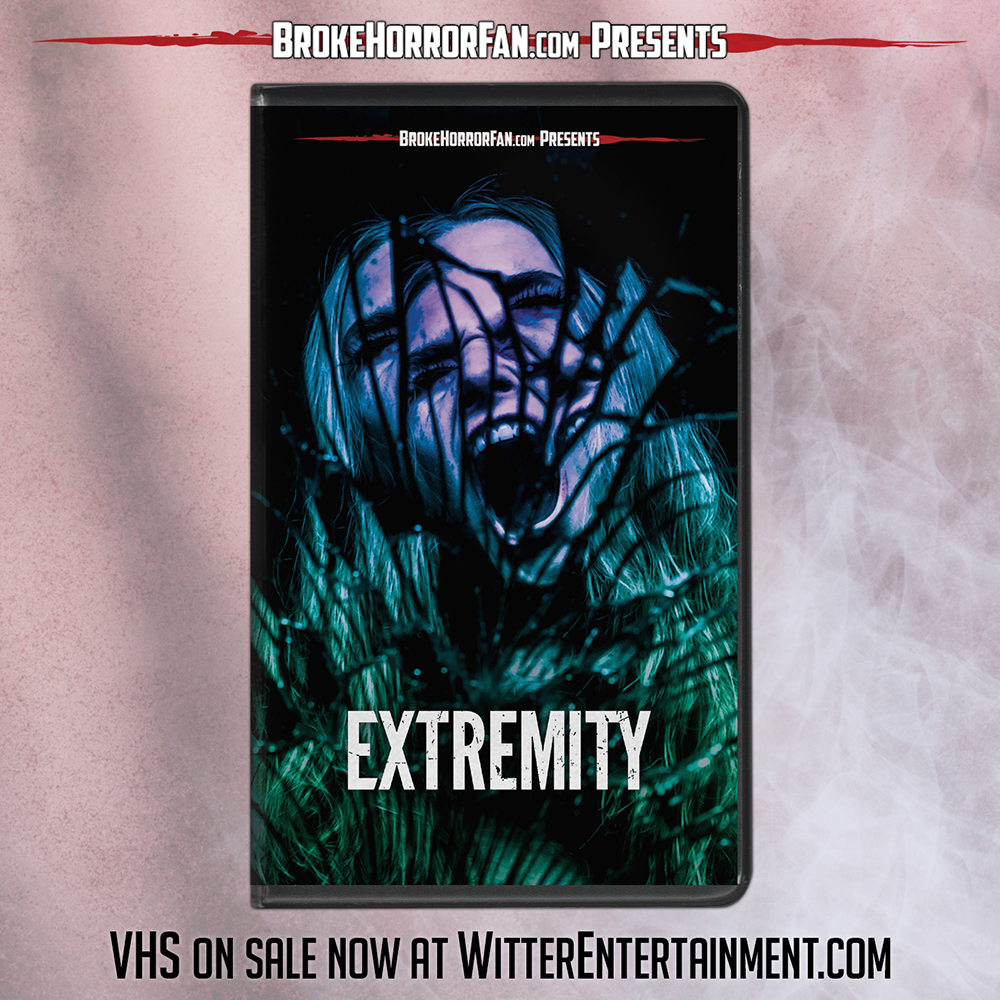 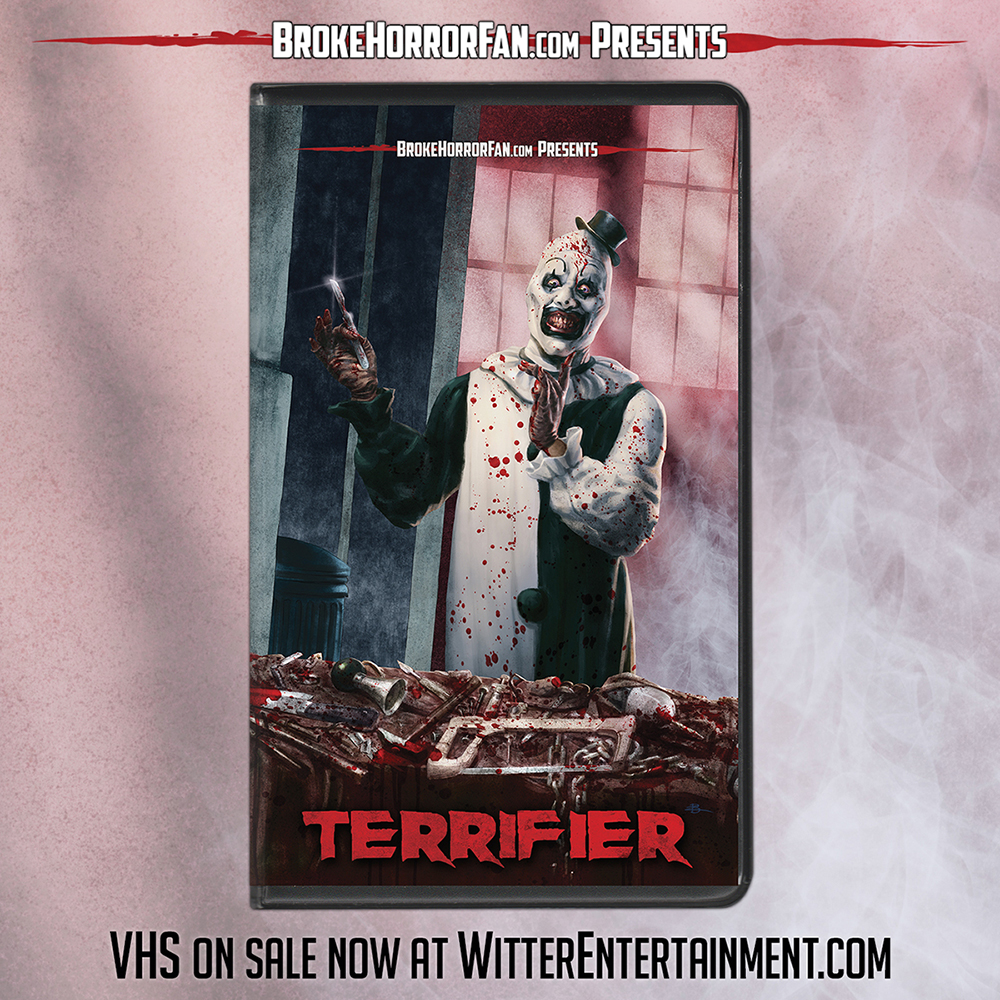