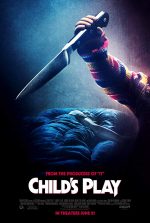 It’s been thirty-one years since the release of Tom Holland and Don Mancini’s original Child’s Play, the notorious slasher-horror-comedy hybrid with an avid cult following. After six sequels under the Child’s Play and Chucky titles, director Lars Klevberg and screenwriter Tyler Burton-Smith have delivered a complete re-imagining of the original, set in the modern day.

The question that comes up is “is this necessary?”, a fair inquiry, as some may consider the franchise to be over-saturated. However, it’s important to say that I’ve never seen any of the previous films, including the 1988 original, so bear in mind when reading this review that it comes from a newcomer to the Chucky franchise who will treat the 2019 remake entirely on its own merits.

Child’s Play 2019 begins in a Vietnamese sweatshop, manufacturing the highly intelligent, Alexa-esque “Buddi”, (voiced by Mark Hamill) an AI robot capable of human conversation and of operating machinery and tools around the family home.

A disgruntled employee at the sweatshop is ridiculed by a superior and threatened with losing his job, prompting him to tamper with the programming of one of the Buddi AIs before committing suicide. 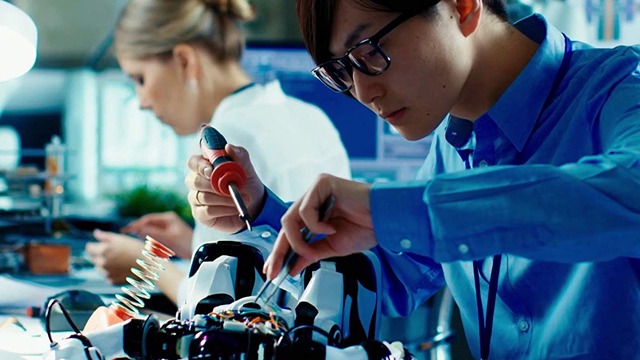 We then move to Chicago, where we meet Karen Barclay (Aubrey Plaza), a sarcastic single mother working as a cashier at a toy store, having recently moved into a two-bedroom apartment with her hearing-impaired, 13-year-old son Andy (Gabriel Bateman).

Andy usually spends time in the hallway outside the apartment due to his dislike of Karen’s new boyfriend Shane (David Lewis) This leads him to befriend affable police detective Mike Norris (Brian Tyree Henry) who lives with his mother (Carlease Burke) and son Omar (Marlon Kazadi).

After a bizarre scene where Karen encourages Andy to leave the apartment in the dead of night to ‘make friends’, she’s approached by a customer the next day, looking to return a Buddi doll due to its strange behaviour (unsubtle in referring to “glowing red eyes” and glitched speech). 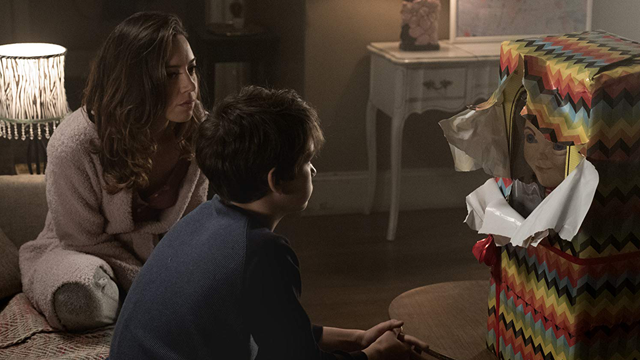 In an effort to cheer Andy up after the move, as well as to discourage his dislike of her new boyfriend Shane (David Lewis), she persuades the stockroom employees to let her take the malfunctioning ‘Buddi’ as an early birthday gift.

It’s obvious that there is something wrong with the doll – it displays bizarre ticks, stutters and names itself Chucky rather than adopting Andy’s suggestion of “Han Solo” (It had to happen didn’t it). It’s not long before Chucky becomes overly attached to Andy, which inevitably results in his escalating violence to animals and humans, under the excuse of being Andy’s only friend.

The immediate comparison between Child’s Play 2019 and the previous films is that Chucky’s no longer a possessed doll, instead it is the modern-day equivalent – a twisted AI – and a satire on devices like Amazon’s Alexa. 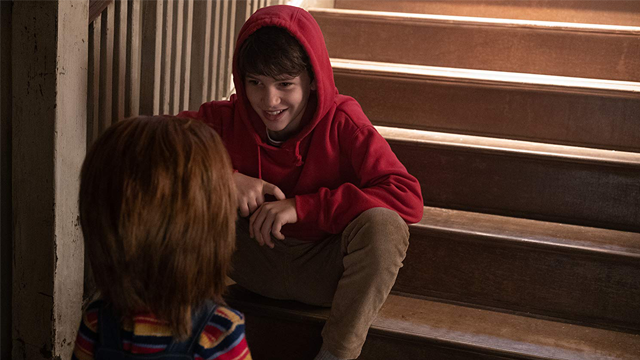 Though this film is my introduction to the Chucky character, I think it’s an interesting (if derivative) cyber-twist on the cult icon. I can’t make comparisons between the remake and the original, but it’s worth saying that this isn’t a film to be taken seriously; it’s a horror-comedy to the core.

However, this can’t be a valid excuse when it comes to the laziness of the screenwriting and character development. Chucky’s descent into depravity is fine, gradually taking things too far when Andy mentions he hates the family cat, or dislikes Karen’s boyfriend (coaxing Chucky to merely scare him with weird faces before his tendencies become more violent).

It’s derivative, yes, but it’s presented well – a highlight is a scene where Andy and his newfound friends watch The Texas Chainsaw Massacre (review) and laugh at the on-screen violence but are subsequently panicked by Chucky’s reaction. 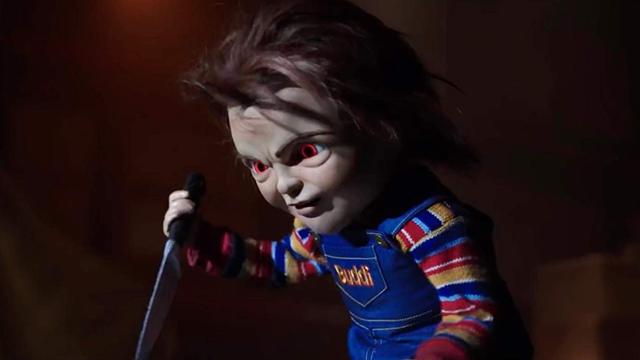 Gabriel Bateman gives a stellar performance across the board; remarkable considering his age, and a considerable improvement over his previous role in the mediocre Light’s Out in 2016. With the exception of the central characters, all others are disappointingly shallow. The worst offenders are Andy’s friends, who bump into him messing around with Chucky in the corridor and immediately become best friends who openly walk into each other’s apartments (and are the first people Andy contacts when Chucky becomes murderous).

Another example is Mike’s son Omar who appears out of nowhere to coax Chucky into speaking. (I didn’t even realise Omar was Mike’s son until referring to the cast of the film after I’d left the cinema).

You might also expect Andy’s hearing impairment would tie into the story, similarly to Regan Abbott in John Krasinski’s A Quiet Place (review), but it doesn’t. It barely comes up other than when a hearing aid falls out of Andy’s ear. It has no effect on Chucky or the narrative whatsoever; Andy’s hearing problem appears to be irrelevant. 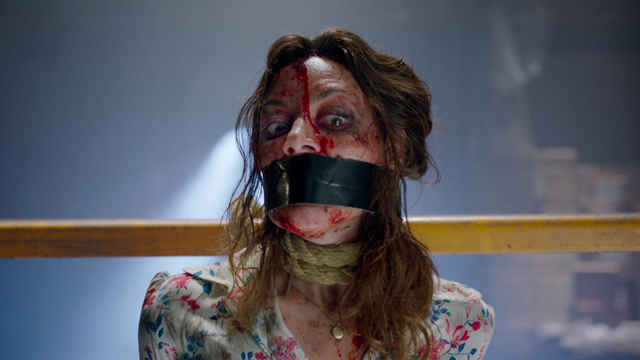 The cinematography is serviceable, but generally unremarkable and generic, although I couldn’t help noticing a brief shot midway through the film which garishly features film grain (when Chucky is kidnapped by the perverted apartment-block security-engineer) as if the ISO was set too high in the camera setup. You’d need a sharp eye to see it, but film grain? Possibly the most amateurish sin in modern cinematography. It may seem like nit-picking, but it’s something which stuck with me and adds to the conclusion that Child’s Play feels rushed.

The effects are integral to the film and for the most part they’re good and are being played for laughs, (one scene utilises razor blades strapped to drones in a toy store – what’s not to like?) The playful creativity in its violence is probably the film’s most redeeming feature.

That’s not to say that the genre of comedy-horror lacks intelligence – look to classics like Sam Raimi’s Evil Dead trilogy, or even Peter Jackson’s Bad Taste, the former featuring some of the most ground-breaking practical effects in horror, the latter featuring a scene where Peter Jackson plays two characters and fights himself on a cliff – you wouldn’t know as the editing hides it extremely well. 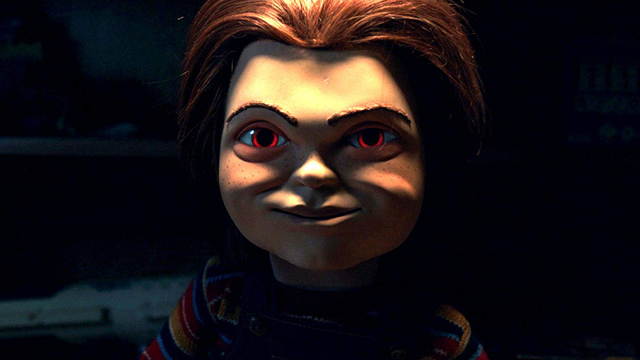 Child’s Play seems, at times, to use its tongue-in-cheek tone to justify lazy screenwriting and generic cinematography which, ironically, can also take itself a bit too seriously, especially in the relationship between Karen and Andy (unlike Peter Jackson’s Braindead, the magnum-opus of the trashy splatter-comedy. Despite its absurdity, its characters are developed enough to be engaging, despite being shamelessly cartoonish).

Child’s Play offers shallow characters who are simply creepy or mean. This would be less annoying if the film was more self-aware of its shortcomings. In my opinion, if you’re going to make a horror-comedy, you might as well go all out, but story-wise, Child’s Play 2019 seems a bit rushed.

However, it’s worth saying that I find marginally self-aware schlock to be more endearing than pretentious, overly serious schlock. Child’s Play still delivers some entertaining, campy splatter with a tinge of creativity, similar to the Final Destination or Saw franchises. Those looking for a low-brow, non-pretentious horror in the same vein, may certainly find some enjoyment here – just leave your brain outside before you enter.