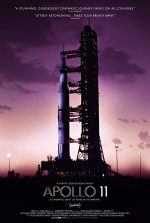 “Hey, we missed the whole thing!” was Buzz Aldrin’s quip to Neil Armstrong as the first men to walk on the Moon watched a recording of the TV coverage of the Apollo 11 mission while sitting in quarantine following their return to Earth.

Now, fully half a century after the event, Mr Aldrin and the rest of us can see more of “the whole thing” than ever before thanks to Apollo 11, director Todd Douglas Miller’s astonishing new documentary.

Through a combination of meticulous research, painstaking remastering of video and audio material, judicious editing and the subtle application of modern techniques, Miller and his team have created a cinematic experience whose scale and impact are worthy of the momentous events it depicts.

From the ground-shaking opening, as the high-as-a-house caterpillar tracks on the crawler-transporter carrying the 36-storey-tall Saturn V rocket rumble towards the launchpad – a Thunderbirds-style concept that still seems as mad today as it did then – through the adrenalin-pumping tension and exhilaration of the launch and the Moon landing, to the inferno of re-entry and the explosion of relief in Mission Control at splashdown, Apollo 11 is an immersive, thrilling ride. 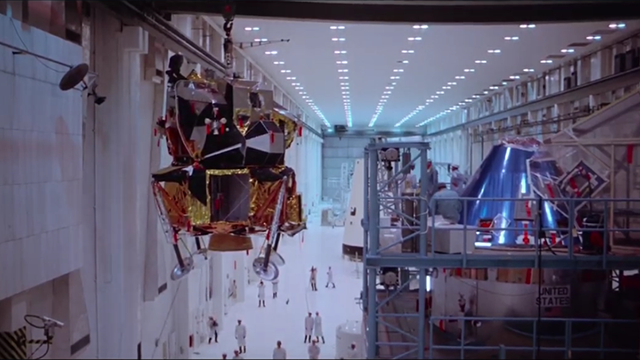 Miller’s team has unearthed never-before-screened 65mm and 70mm film shot by NASA and carefully preserved in their archives. This, together with digitally remastered archive footage carefully synched with enhanced audio recordings, enables us to see and hear more about the mission than anyone could have done at the time.

Use of split screen (very 1960s, that) and the subtle insertion of on-screen countdowns to mission events add to the layers of information on show. In fact, there is so much to take in that this documentary will warrant and reward repeated viewings.

Sensibly, Miller keeps 21st-century revisionism to a minimum and lets the sights and sounds of July 1969 literally speak for themselves. He eschews modern voiceover commentary in favour of the contemporary musings of an unseen Walter Cronkite. 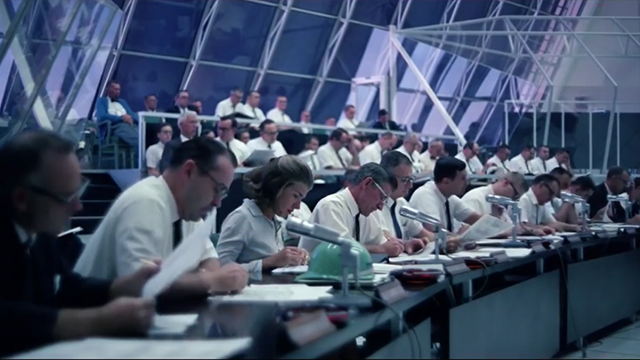 One exception is the original soundtrack music created by Matt Morton. At first this seemed to me unnecessary and intrusive, but I was soon won over by its power and depth. It was interesting to learn in the Q&A with director and composer that followed the film, that in composing the soundtrack, Morton restricted himself to using the cutting-edge musical instruments and equipment of 1969, notably the Moog synthesiser.

Miller’s film reminds us that not only was Apollo 11 an important moment in human history, and recognised as such at the time, but it was also the culmination of an undertaking of an ambition, scale and complexity never repeated since. The camera pans lingeringly up the twin skyscrapers of the Saturn V and its launch tower, and past the vast banks of mainframe computers and manned consoles at Launch Control and Mission Control. 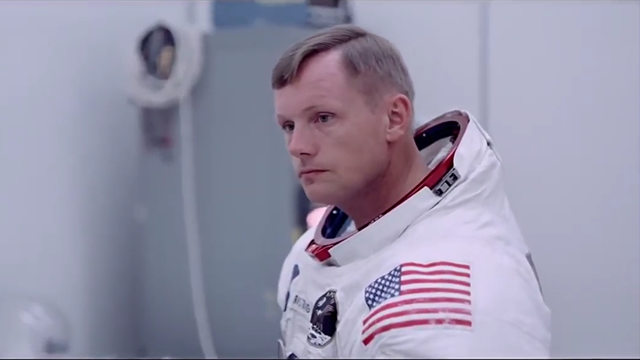 Sweeping helicopter footage captures the thousands of spectators squinting at the launchpad from the sweltering beaches and swamps of Florida, where luminaries of the day like Lyndon B. Johnson, Jack Benny and Johnny Carson are literally just faces in the crowd.

The film will satisfy those who lived through or have since learned about the details of Apollo 11, while providing others with an eye-opening introduction to the dramatic endgame of the Space Race.

Alongside renowned moments like JFK’s visionary challenge, “the Eagle has landed” and Armstrong’s fluffed “one small step for man” speech (if you’ve just saved the mission by manually guiding the Lunar Module away from a crater to land it safely on the Moon with seconds of fuel remaining, you deserve some slack) there are some lesser-known insights. As he sat in the capsule during launch, Aldrin was “as cool as a cucumber” with a heart rate of just 88 beats per minute. On the Moon, descending the ladder to join Armstrong on the surface, Aldrin had to be sure he left the hatch open “so we don’t get locked out”. 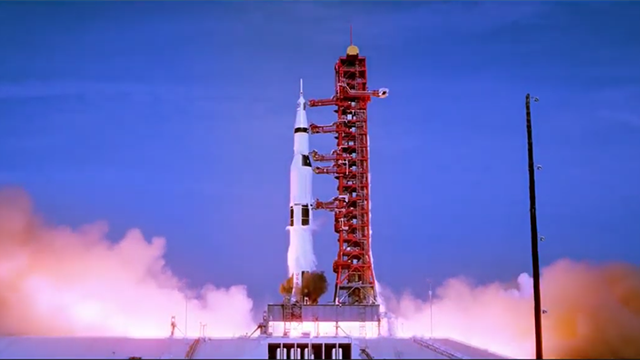 Viewed on a big screen, the 65mm and 70mm footage and high-quality still photographs highlight the clunkiness and fragility of the technology, and the desolate beauty of the moonscape. One can count the rivets on the spacecraft during a docking procedure and the strips of sticky tape holding the tin foil in place around the Lunar Module’s struts.

One quibble: the film gives an exclusively American perspective. Aside from the astronauts’ own comments about “coming in peace for all mankind”, it includes no evidence that Apollo 11 enthralled the world. TV broadcasts were watched by 10 times as many people outside the United States, with countless millions following events via other media. It may have been America’s triumph, but humans everywhere wanted to share the moment. 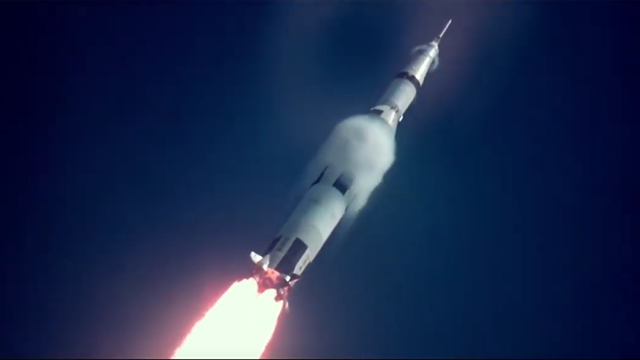 Nevertheless, like its subject, Apollo 11 is a magnificent achievement. We live in a time of artifice and mistrust, of CGI and “fake news”. (Ironically, Apollo 11 practically invented the conspiracy-theory industry; one would like to think that this film would put the lunar-landings-were-faked myths to bed once and for all, but we all know that won’t happen.)

Here is a reminder of what real human endeavour looks like. The skilful application of modern movie-making technology re-immerses us in an era when vaulting ambition (whose motives were admittedly dubious), mind-meltingly complex science, immense resources, colossal expenditure, superb project management and the courage of a few individuals brought about an epoch-defining event. Now, if only someone could organise something similar to solve climate change…