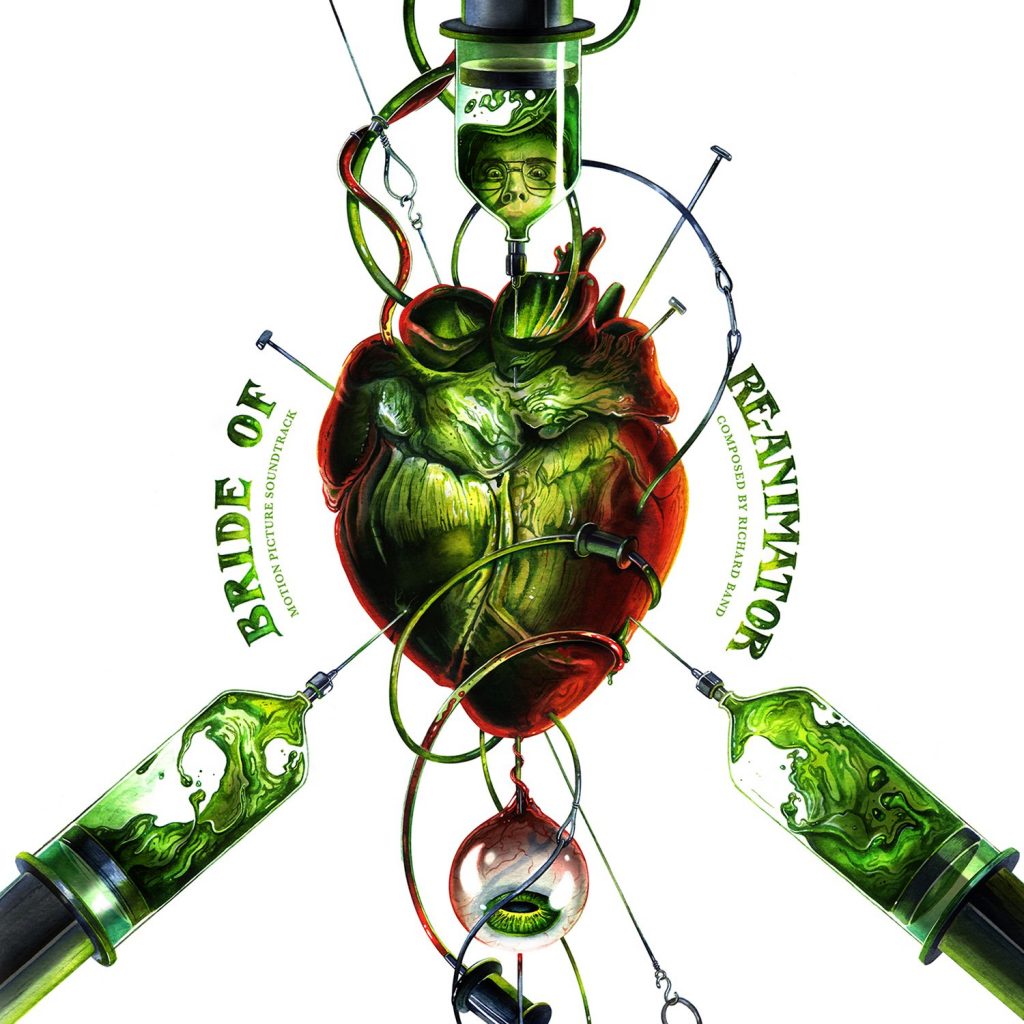 Waxwork Records is proud to present Bride of Re-Animator original motion picture soundtrack by Richard Band! Bride of Re-Animator is the 1990 sequel to the 1985 classic horror fan favorite, H. P. Lovecraft’s Re-Animator (review). Reprising their roles as Dr. Herbert West and Dr. Dan Cain, Jeffrey Combs and Bruce Abbott play two doctors that experiment on body parts to re-animate dead tissue. Further descending into madness, the obsessive Dr. West is determined to re-animate an entire corpse pieced together from various body parts, including the heart of Dr. Cain’s deceased fiancée, Meg. Out of control zombies, severed heads, and buckets of blood round out this freak show, party horror flick.

Bride of Re-Animator vinyl soundtrack is available from waxworkrecords.com; out now and ready to ship!