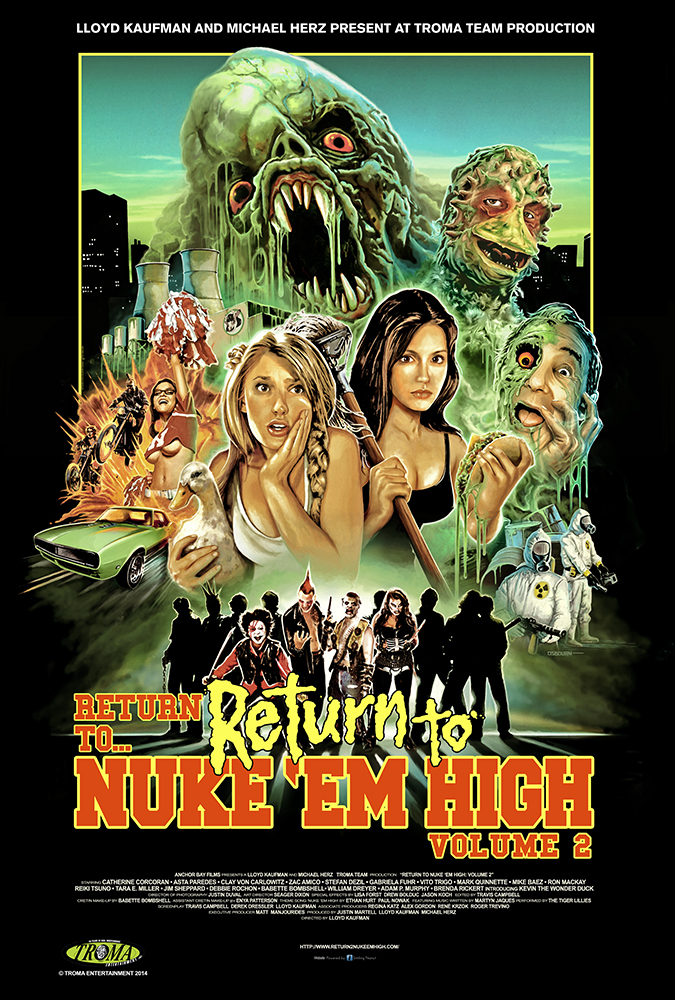 After tribute screenings at the Museum of Modern Art, Museum of the Moving Image and the Cinematheque Française in Paris, Lloyd Kaufman – creator of The Toxic Avenger and president of Troma Entertainment – premiered Troma’s lesbian love story, Return to Return to Nuke ‘Em High AKA Vol. 2, at the prestigious New York City Film Noir Cinema in April.

Tickets sold out almost instantly, despite opening against the mighty Avengers: Endgame, but thankfully the good folks at Film Noir Cinema have added one last special encore screening on Saturday, May 18th at 8 PM with director Lloyd Kaufman in attendance for a special Q&A! Fans who missed the previous theatrical run can now enjoy the film the New York Times calls “oddly amiable” yet “icky as ever!”

What’s going on at Nuke ‘Em High? On May 18th at 8 PM, Kaufman’s highly acclaimed Tromasterpiece will be shown the way it was always meant to be seen – uncensored and on the big screen! The Film Noir Cinema has programmed Return to Return to Nuke ‘Em High AKA Vol. 2 along with one-of-a-kind masterpieces, like Lords of Chaos, The House That Jack Built and Climax! 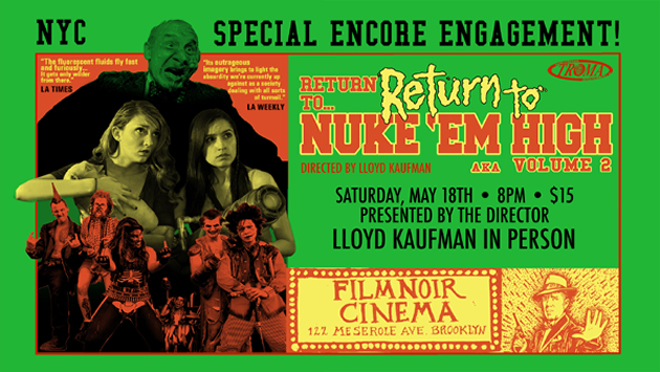