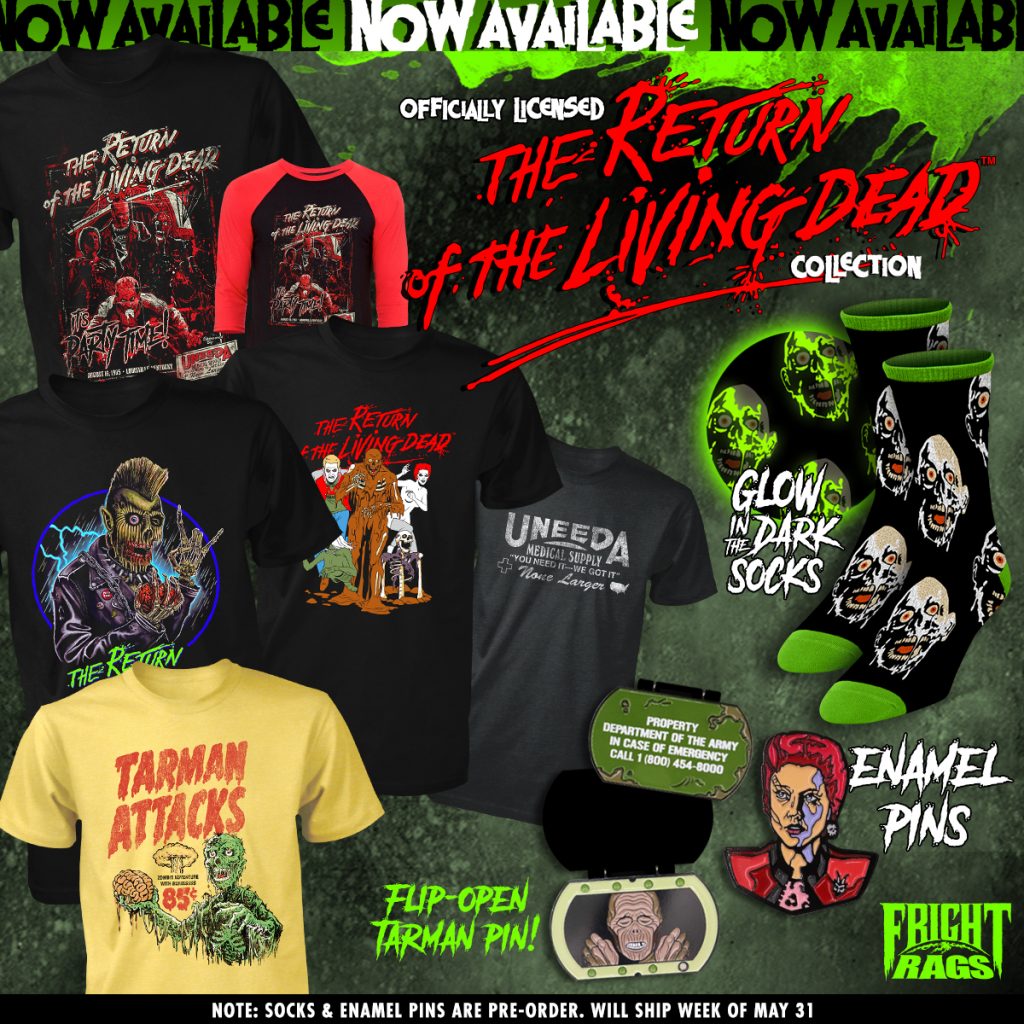 Fright-Rags digs up new merch from two of the most beloved zombie films of all time – Dan O’Bannon’s The Return of the Living Dead and George A. Romero’s Dawn of the Dead – along with an official t-shirt for genre favorite Barbara Crampton.

It’s party time with Fright-Rags’ The Return of the Living Dead collection, which features five brain-hungry t-shirts, ‘Tarman’ socks that glow in the dark, and two enamel pins – including a flip-open ‘Tarman’ pin.

Add a splash of color to your wardrobe with Fright-Rags’ Dawn of the Dead apparel. The film’s classic logo comes on red, purple, and black heather tees, while a comic book-style design is available on black t-shirts and ringer tees.

Horror icon Barbara Crampton – from such cult classics as Re-Animator, You’re Next, and Chopping Mall – has received an official t-shirt from Fright-Rags. The bloody design is available in men’s and women’s styles.

The Return of the Living Dead, Dawn of the Dead and Barbara Crampton apparel is on sale now at Fright-Rags.com “Send… more… paramedics.” 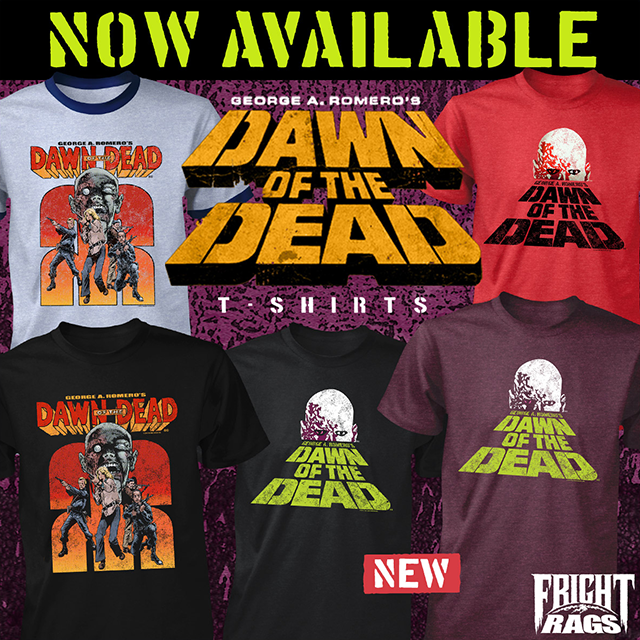 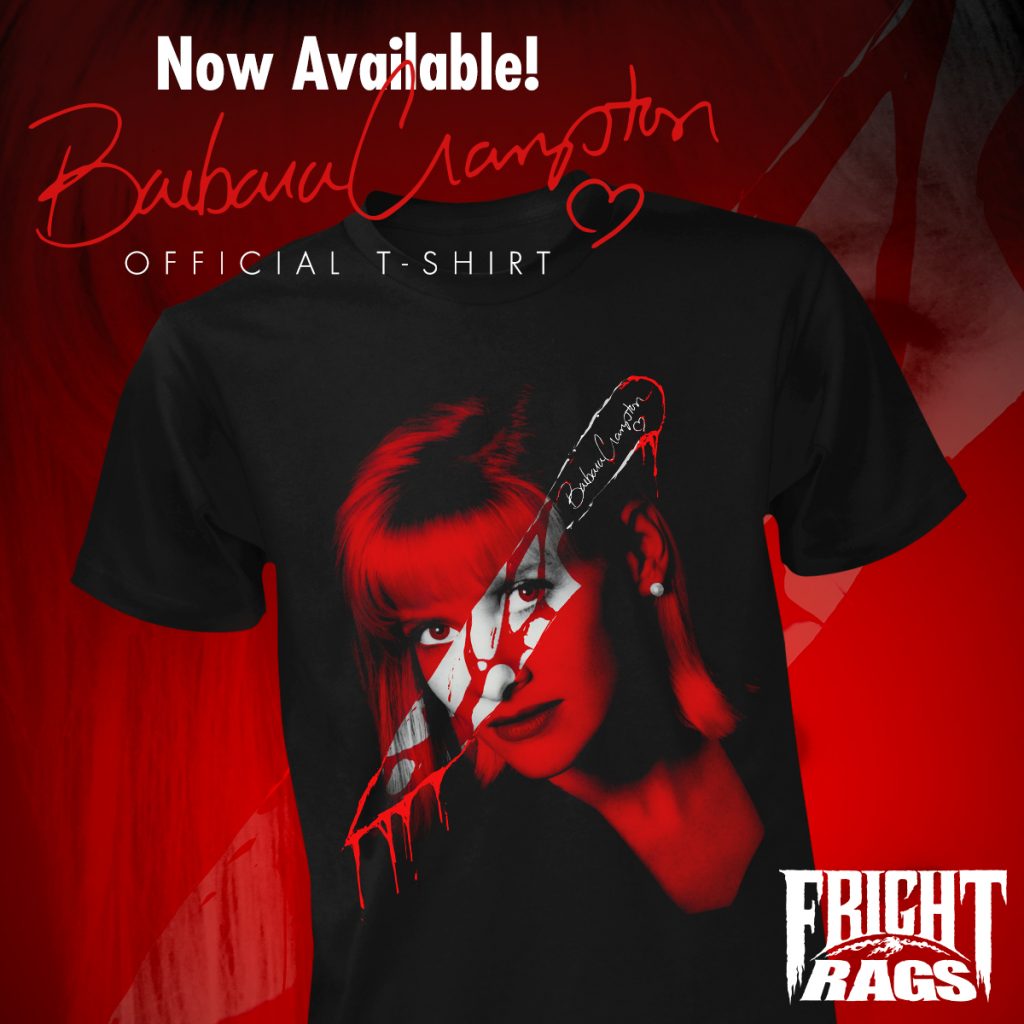