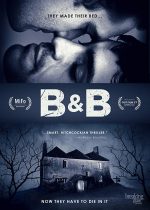 Last year I drove past my old secondary school. I noticed a big sign on the rear gate, outside the playing field (they’ve still got one, an economic marvel), which read “School property. Trespassers will be prosecuted”. I was tempted to drive right into the headmaster’s office and demand to know, over the sound of falling masonry and broken car, what the hell they were playing at putting an obviously false statement on the side of an institute of public education.

Trespassers won’t be prosecuted, I guarantee it. How do I know? Because trespassing isn’t a crime. It’s a tort at civil law. You can sue a trespasser, you can take out an injunction, but you can’t prosecute them.

It’s one of the three fundamental pillars of a functioning democracy that it be governed by the rule of law – i.e. not only that everyone abides by the law or is punished, but that everyone abides by the same law without differentiation. So what is my old school doing going around telling people utterly wrong things about what the law is? When Tony Blair chatted his bland mantra “Education, education, education” he didn’t add “but mainly horseshit” on the end – though admittedly that might have been a bit of a giveaway.

But of course people play fast and loose with the letter of the law all the time. Take, for example, the disclaimer at the end of B&B – “The characters in this film are entirely fictional and any resemblance to any person, living or dead, is entirely coincidental”.

This is not wholly the case. 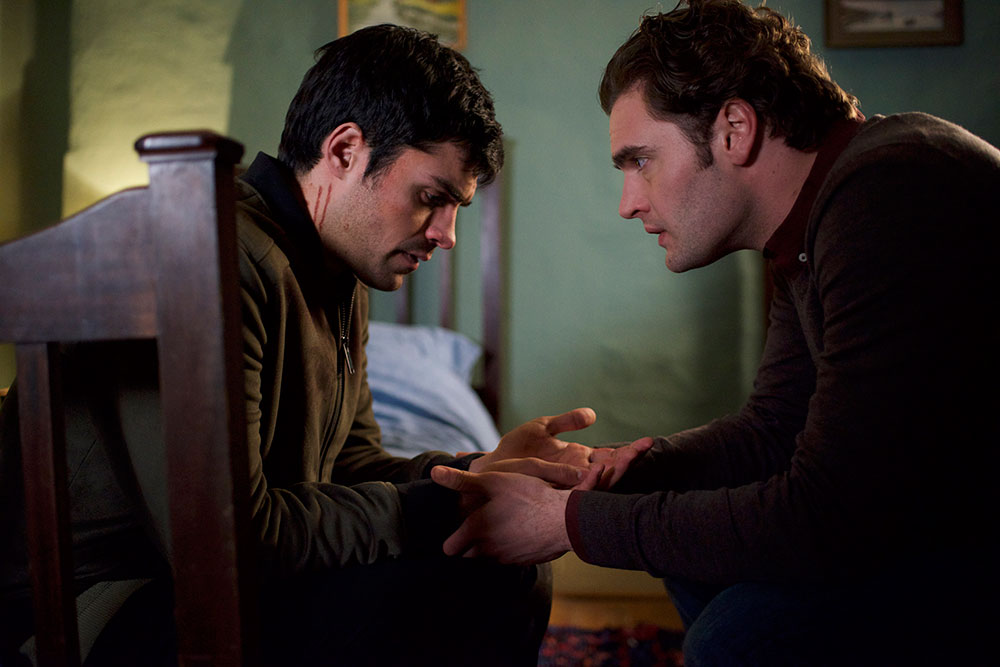 B&B takes as its inspiration a court case that received quite widespread publicity about six years ago for being the sort of thing that makes you go, “seriously, in this day and age?” The set-up is that a homosexual couple have fought and won a court case against a bed and breakfast that discriminated against them by refusing them a double room – a legal battle which really did take place and which was eventually decided in the Supreme Court, because there seems to be a disappointing abundance of legal funding for bigoted wankers. At the start of the film, a similar couple return, freshly married, to the same establishment on the anniversary of that first trip to rub it in the face of the defeated religious zealot (Paul McGann) who runs the place. 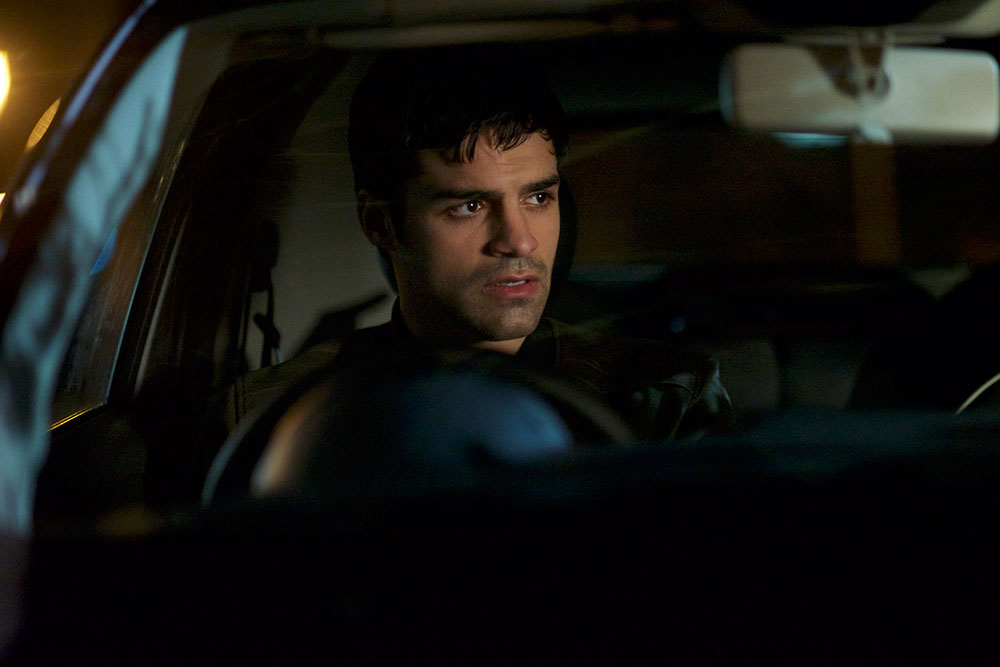 B&B is not what might be expected. Devotees of the horror genre like ourselves have come to expect that, where there is negotiable accommodation, there are serial killers dwelling in the walls and behind the shower curtains, ready to frock up and plunge a knife into Jamie Lee Curtis’ mum at the drop of a hat. Death does play a pivotal role in the plot here, but this is not a join-the-dots slasher film by any stretch. It’s more like an old-fashioned espionage thriller, where the overarching forces are not nation-states but theologies and philosophies. The facts turn in your hand and bite. Motives, morals, allegiances and sexualities are fluid. Nobody’s intentions are readable or reliable. This is a theme established well from the beginning, where the initial mystery concerns the gay couple’s disagreement over whether a third resident is a violent queer-basher or an aficionado of the cottaging industry, with each person using the same evidence distorted through their own perspective to make their case. 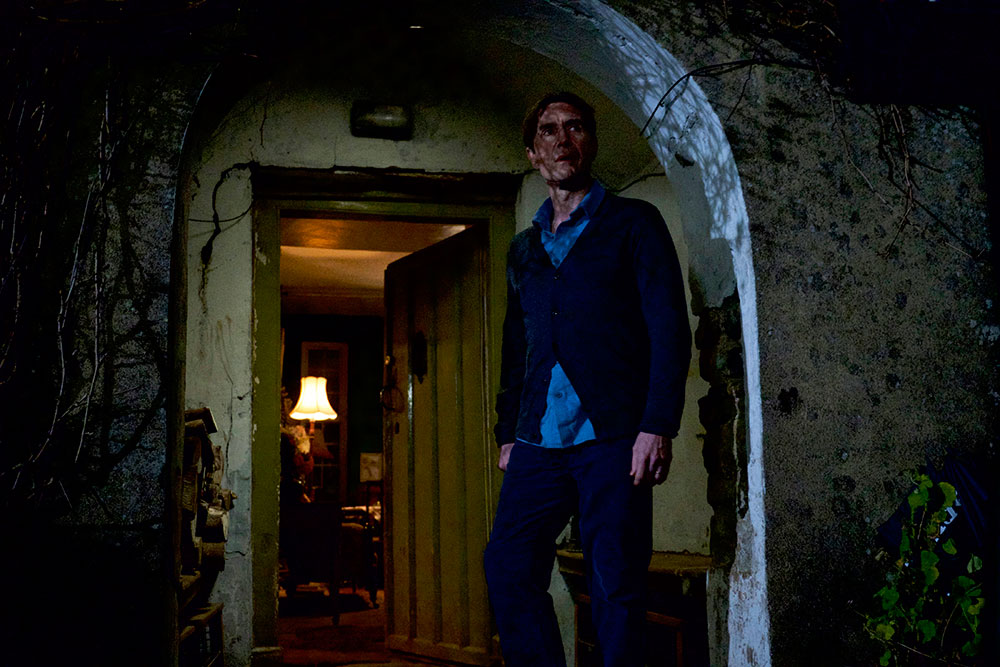 A film that relies so heavily on the murky and devious internal states of its characters is a film that is at the mercy of its actors, and the cast of B&B has clearly been chosen with great care. It’s a smallish cast but every performance is extremely solid, even down to the seemingly unrewarding roles of the blank-faced Russian thug and the sullen teenage nurk. The two protagonist roles are expertly delivered, Sean Teale’s timid but compassionate and good-natured Fred layering a softness and likeability over Tom Bateman’s dynamic, confident but somewhat nasty Marc. The two have a good onscreen chemistry and the combination of evident affection and occasional exasperation at the others’ frustrating habits make for a realistic portrait of a long-term relationship. 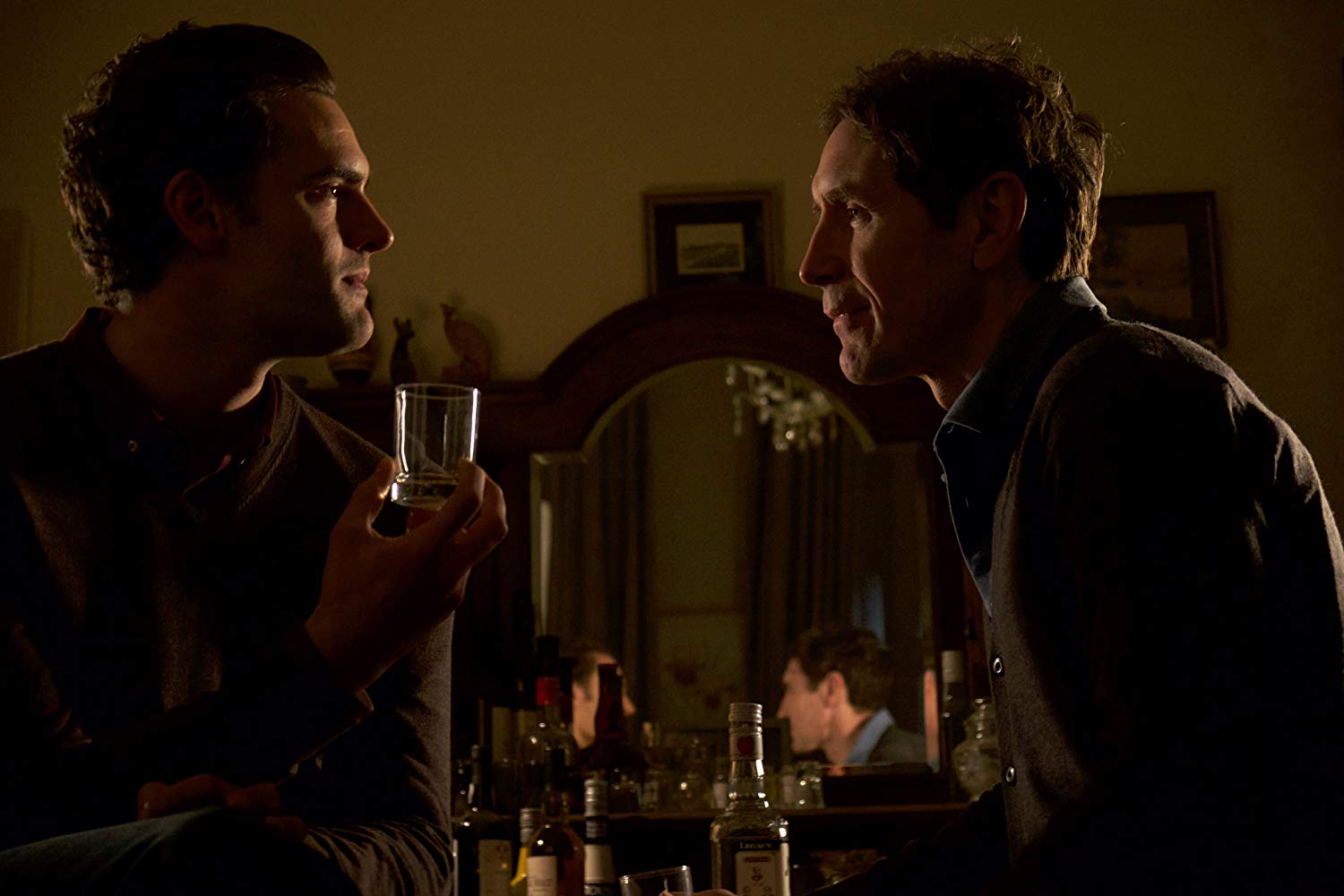 Acting laurels, however, must clearly go to Paul McGann. Faced with the opportunity to play an out-and-out raving homophobe, many a lesser actor would have overplayed their hand to the point of bankruptcy. McGann, in contrast, delivers a performance of great restraint and is devastatingly effective. Rarely do you see an actor achieve so much by appearing to do so little, but hotelier Josh is a deeply-written part and his internal struggles, between “morality” and solvency, between faith and family, play out across his face in flickers and microexpressions, his seeming impassivity cracked just wide enough to hint at the turmoil beneath the stoic manner. It’s a bravura performance of the sort that many a cinema snob would never believe a low-budget horror film could boast, and it showcases McGann as an actor of not only great range, but great power as well.

Joe Aherne recently had a big televisual success with The Replacement, a miniseries with a great cast and an intriguing story but which ultimately failed to satisfy. The rumourmill informs me that this was down in no small part to interference at the management / production levels. On the evidence of B&B, Aherne left to his own devices is a man capable of exceptional work, and future collaborators would be well advised to back off and let him do his thing. Good advice, also, to any reactionary bigots in whose boutique hotels he may happen to stay.