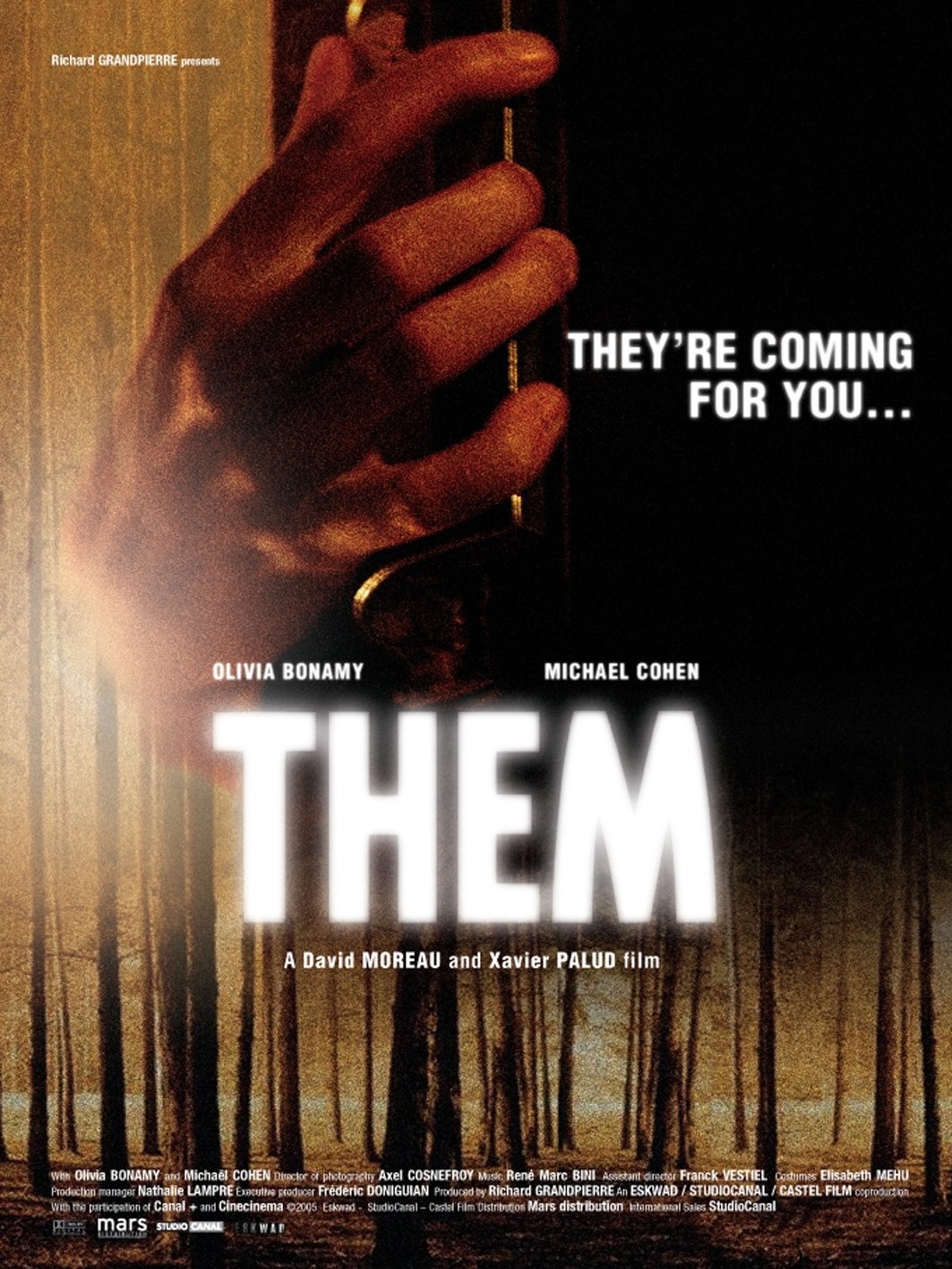 Violence and the Victim

The most gratuitous violence we witness is at the hands of those positioned in the role of victim. Clem leaves Lucas to look for a way out and is chased by one of the assailants through an unfinished room containing a number of hanging plastic sheets, another metaphor for the social divisions and obstacles that exist between the couple and the youngsters. This culminates in her being pursued through an attic space and onto a balcony from which she pushes him; so far, no physical violence has been directed from the youngsters towards the couple. The victim as perpetrator of violence is thus established as a theme that will continue to evolve throughout the film. Although both of the couple hit out at their attacker, the role of physical violator belongs to a larger extent to Lucas who acts aggressively at several points throughout the film. Once the pursuit moves from the house to the wooded area nearby, he approaches a car which sits amongst the trees and ignores the symbolic red headlight which attempts to halt him before coming into conflict with a hooded figure. We then see the most brutal and openly violent scene thus far and it is notable that this is initiated not from the perceived monsters but from one of the presumed victims as the youngster receives a hard blow to the head. Lucas turns the injured figure over continue assaulting him but upon seeing how young he is, he cannot bring himself to inflict further blows. 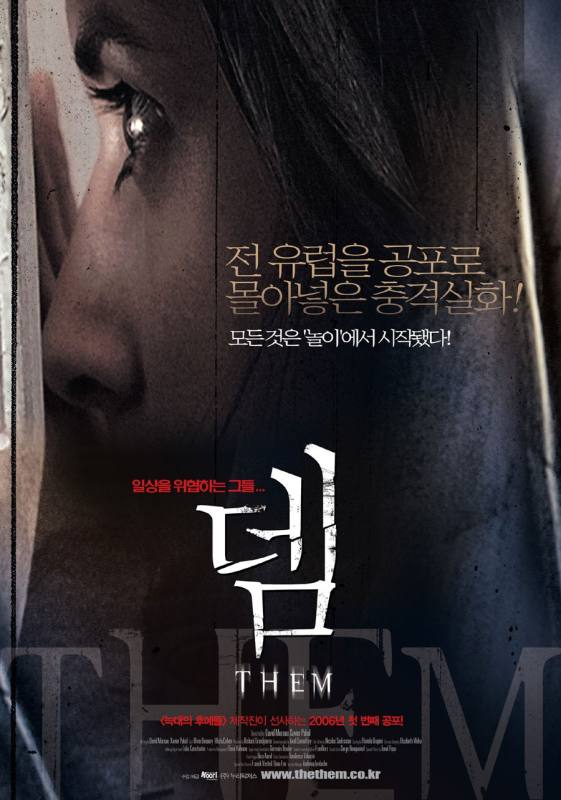 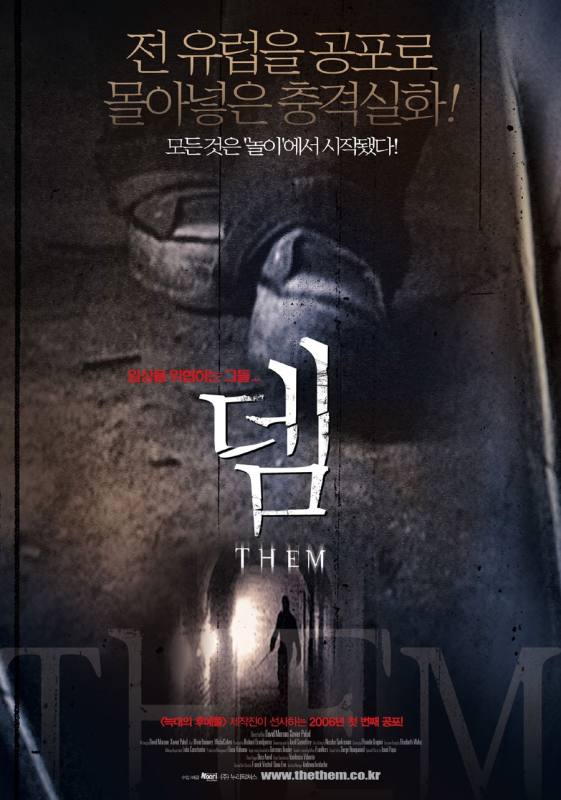 Despite seeing Lucas retreat from delivering any further blows upon the youth in the woods it becomes problematic to find his behaviour sympathetic as he goes onto repeat this violent cycle. Upon finding Clem being held down by two members of the group one of whom is much younger than his friends, the violence on Clem is quickly surpassed as Lucas brutally murders him with one blow. Hearing the sound of more group members echo down the caverns of the underground system, the couple are forced to make an instant decision, either to remain where they are or to follow the youngest member who insists that he can get them to safety. To their horror, although the young boy might appear trust-worthy he has knowingly led them into a trap. Soon after, Clem is confronted with the opportunity to kill or mame the boy with a rock but he begs infant like and she cannot commit to harming him. As an unhooded figure he loses any sense of threat and Clem’s imagination cannot brand him as anything other than a child. It’s worth noting that while Moreau and Pathud unflinchingly show us the deaths of two of the younger characters we are never shown what happens to Clem. As a result, we are subsequently left suspended between imagining the worst and in not seeing any confirmation of physical violence perpetrated towards her, never knowing the final outcome.

Searching for a Resolution: An Examination of Multiple Endings

Although Ils presents us with plenty of challenging material and asks some brave and inconclusive questions, perhaps the most complicated segment of all is the way in which Ils draws to a close. What Moreau and Pathud decide to do is brave as not only does this exercise the mind of the viewer but it subverts the traditional in leaving us with a thought provoking, complicated and deeply unresolved final scene. We begin a cycle of what (when taken individually) all feel to be potential endings but that when read as a whole are representative of the unstoppable deviation between chaos and order that life constantly moves closer to and simultaneously repels.

The first ending we are shown is the shot of Clem trapped behind the bars of the underground chamber. Helpless and afraid she has discovered the hard way that being inside or within four walls does not always guarantee safety. In a first viewing of the film its easy to forgive the viewer for assuming that this is the final beat of Ils and interestingly it is reminiscent of the closing scene of the British vision of The Descent. Things have gone full circle and this feels like a fitting, albeit nihilistic conclusion.

If Clem and Lucas disappear who is aware of this? In fact, one might even go so far as to say, who cares as there is no room for family or close friends in their new lives. The only people that stand to learn anything from the experience are the couple themselves and if their eventual fate is death then they haven’t lived through their learning experience to fully appreciate the reasons and consequences of what has occurred. On the other hand, however, there are no definite answers for what has taken place as we move into the second ending which shows a tranquil countryside scene disturbed by the troupe of youngsters who shutter the serenity with their interference. Moving through the stillness of their natural surroundings it is never clear how close they might come towards the foreground and there is a sense of the unstoppable about them. The discomfort of this is soon juxtaposed as we see them board a school bus at the end of a clearing. The reassuring connotations of the innocent, playful school children returning to a world of order and discipline however is offset with the underlining possibility that the bus is bound for the school where Clem taught, a disturbing cycle of events.

Moreau and Pathud do not stop here and put us through another scene, adding further complexity to moral conflict we already find ourselves in. Set to a completely black screen with white text we are told that the bodies of Clem and Lucas are located a short while later and that the youngsters have been arrested. Most shockingly of all, we are told that their ages ranged from between 10-15. This is chilling not only because of the actions we have seen previously, but that because of this they are now most likely to spend a lengthy time behind their own set of bars; their freedom cut off far too prematurely. When asked why they did this, one of them declares: ‘they wouldn’t play with us’ and it is revealed that the eponymous ‘them’ is not those in Police custody but the couple through whose eyes we have seen events played out.

Within a tightly condensed running time, Ils manages to explore a vast range of themes that at the advent of its release resonated deeply with audiences, and today in a post Brexit era Britain it has not shed any of its relevance. Amidst its interaction with weighty and controversial questions such as how we appropriate blame and deal with the culpability of children who commit crimes, Moreau and Pathud also seek to engage in a wider discourse about the vulnerability of the spaces we call home, whether on a small scale (the houses we reside in) or on a larger scale (the literal borders we live within). Refreshing for its lack of pretension, Ils never imposes any one given view over another. Instead it both begins and closes under a cloud of uncertainty, ultimately leaving us haunted with dark and lasting reflections of what we have seen.