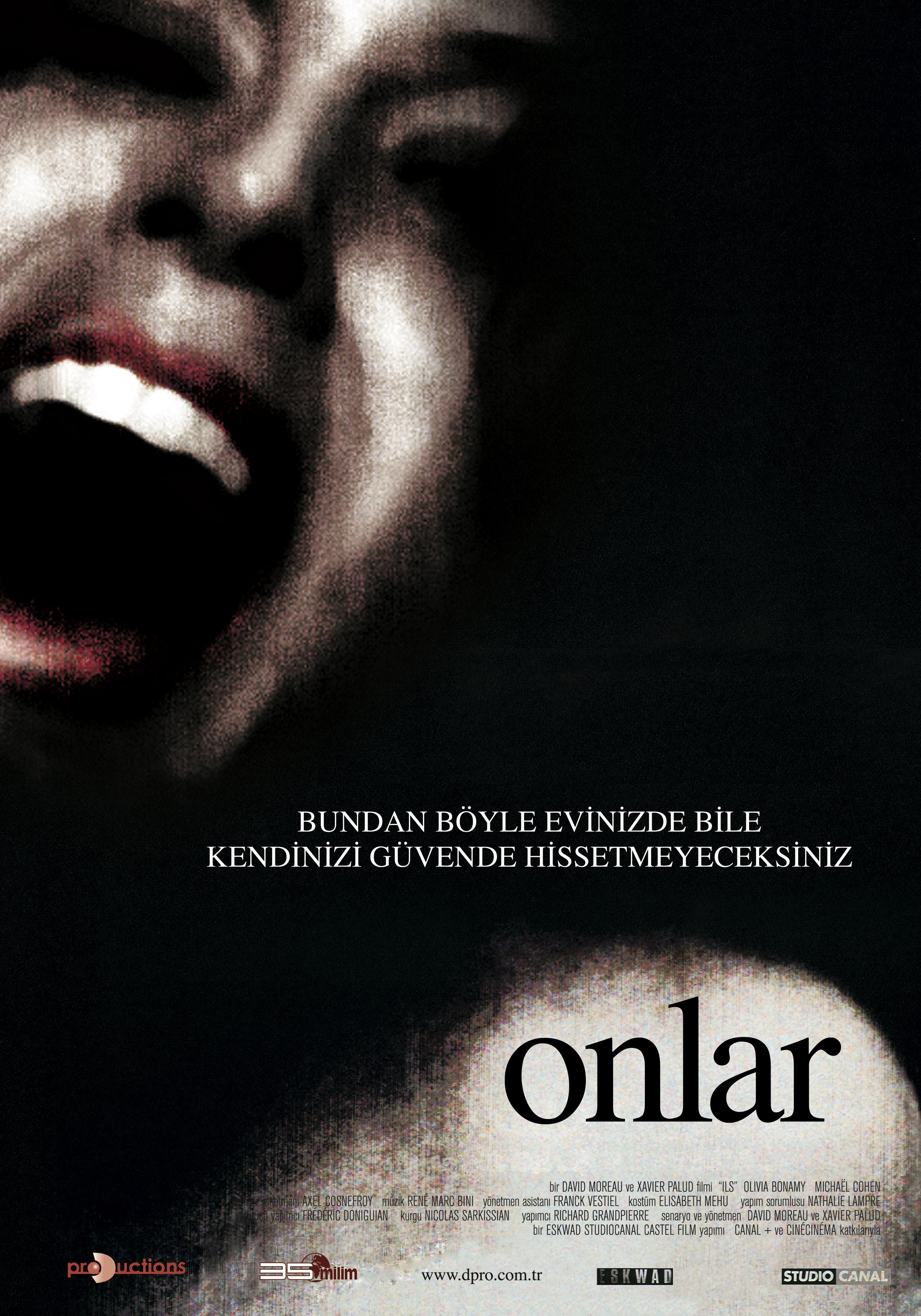 Clem and Lucas are presented as sympathetic for much of Ils and we get time to familiarise with (and therefore humanize) them by comparison to the intruding youths who remain incredibly under-explored. We see the couple in various modes; playful, intimate and fearful which in turn brings us closer to them. By contrast the perceived ‘them’ are shown in shadows as hooded figures with no scope for us to examine their facial expressions and for almost the entirety of the film are not permitted any dialogue. The mere glimpse of a hooded silhouette becomes enough to provoke fear in Clem and Lucas and though association with them, this fear extends to the audience. In a cruel development of events, their assumption of the innocence of the notably unhooded youngest boy is what seals their ultimate fate. Even light, a source normally associated with hope, takes on a dual possibility as Clem crawls to towards it at the films end only to discover that the way is literally blocked with prison-like bars. It’s not only from the inside looking out that things are not what they seem but from the outside in. What appears to be nothing more than a sewerage system from above ground is actually a torture chamber; any judgements that the couple once deemed reliable are now under question and are no longer to be trusted. 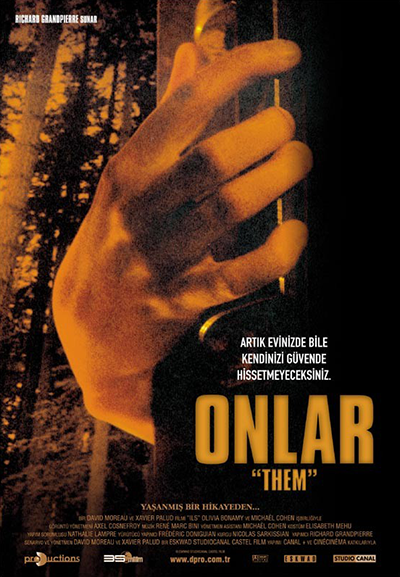 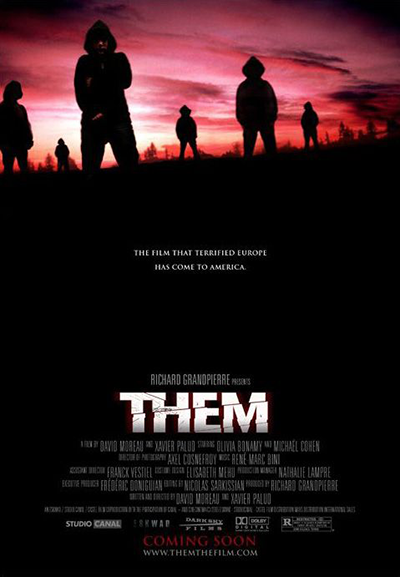 The House As A Safe Place

For Clem and Lucas, their house represents not only their success and status in society but it functions as a place where they can relax and feel assured that they are protected. The home they have chosen reveals a lot about how they perceive themselves and perhaps most importantly, how they’d like to be perceived by others. Originating from France, a country widely known for upholding its values and traditions, it’s telling that their house is the embodiment of these things. Grand and spacious, it reflects the opulence of eighteenth-century France with its vast corridors and period detail. It also both shares with and sits in contrast to the crumbling labyrinth likeness of the underground system where they will fight for their lives; both spaces therefore are representative of unfamiliar territories. In standing neighbour-less and being surrounded by unoccupied land as far as the eye can see, it’s clear that they have purposely chosen to isolate themselves in a house that is ridiculously oversized for just two people. In many ways the beautiful interior of their home is a perfect fit but at the same time it can also be read as the worst possible fit they could opt for if their objective is to integrate into their new surroundings.

When we see the couple in their habitual setting, we get to learn more about them and it quickly becomes apparent that despite the glossy surface, things are not going smoothly for them. Although Lucas has a free and inspiring outdoor space to work within, he is seemingly unable to make any progress in this environment as instead of applying himself we find him playing pinball games on his laptop. Clem also show signs of discontent and she cannot wait to share her thoughts on how ‘irritating’ her class were during her working day. Confiding in Lucas, she tells him how she puts this right through: ‘a good dictation’ which ‘calmed them down’; her way of seeking control is through dogmatic, instructive methods that many would perceive as archaic.

The couple will soon discover however that their house is not the dependable protector they thought it to be when Clem answers a phone call to hear nothing but a crackling sound on the end of the line. Representative of the outsider coming in uninvited, the call is an unwelcome threat and a precursor to events that will follow. In the moment, Clem doesn’t appear to be too shaken but we then see her taking a bath, a somewhat strange activity for the early hours of the morning but also a ritual that is widely known for being symbolic of cleansing; a worthwhile question to ask at this stage is just what is she attempting to wash away?

Soon after the attack begins the couple witness an intruder enter the conservatory area and react by barricading themselves inside the bedroom, the most intimidate, private room in the house which they foolishly believe to be save from danger. Instead of being protected however, by locking the door from the inside they have made themselves vulnerable and are left powerlessly listening to noises and disturbances protruding from within the house. Their ability to misread situations is demonstrated through Clem’s tears as she whispers in disbelief to Lucas: ‘they’re in the house’; due to her naivety she cannot contemplate that their safe space could be invaded and that despite being under constant potential threat when outside she wrongly perceives that this automatically stops once she shuts the front door. Her removal from reality will be solidified when she later remarks how ‘this can’t be happening’ as she removes an impaled object from Lucas. In a frenzy, they open door after door and shut themselves in room after room in the belief that this will save them. Their choice to reside in an isolated house has ironically backfired on them, as in their hour of desperation they are left without the option of being able to call on someone for help. Being isolated might be idyllic in theory but in reality, it comes for Clem and Lucas at an ultimate cost.

Bars and fences are a reoccurring motif that Moreau and Pathud utilize throughout the film that helps to affirm the themes of social division and conflict explored in Ils. Clem enters the driveway of their home by first unlocking a gate composed of multiple metal bars and which acts as a clear warning signal to outsiders that they are not welcome here. During the attack of their house, we also see them peering through the window of their front door which is also made up of bars, an image that will be cruelly reflected in the climax of the film in Clem’s last moments. The strongest visualization of this however comes when we find the couple positioned on either side of a wired fence with the knowledge that instead of being separated from the threat of the outsider, they are now separated from one another.

Next: There’s No Place Like Home: Class, Conflict and Violence in Ils (2006) Part 3: Violence and the Victim