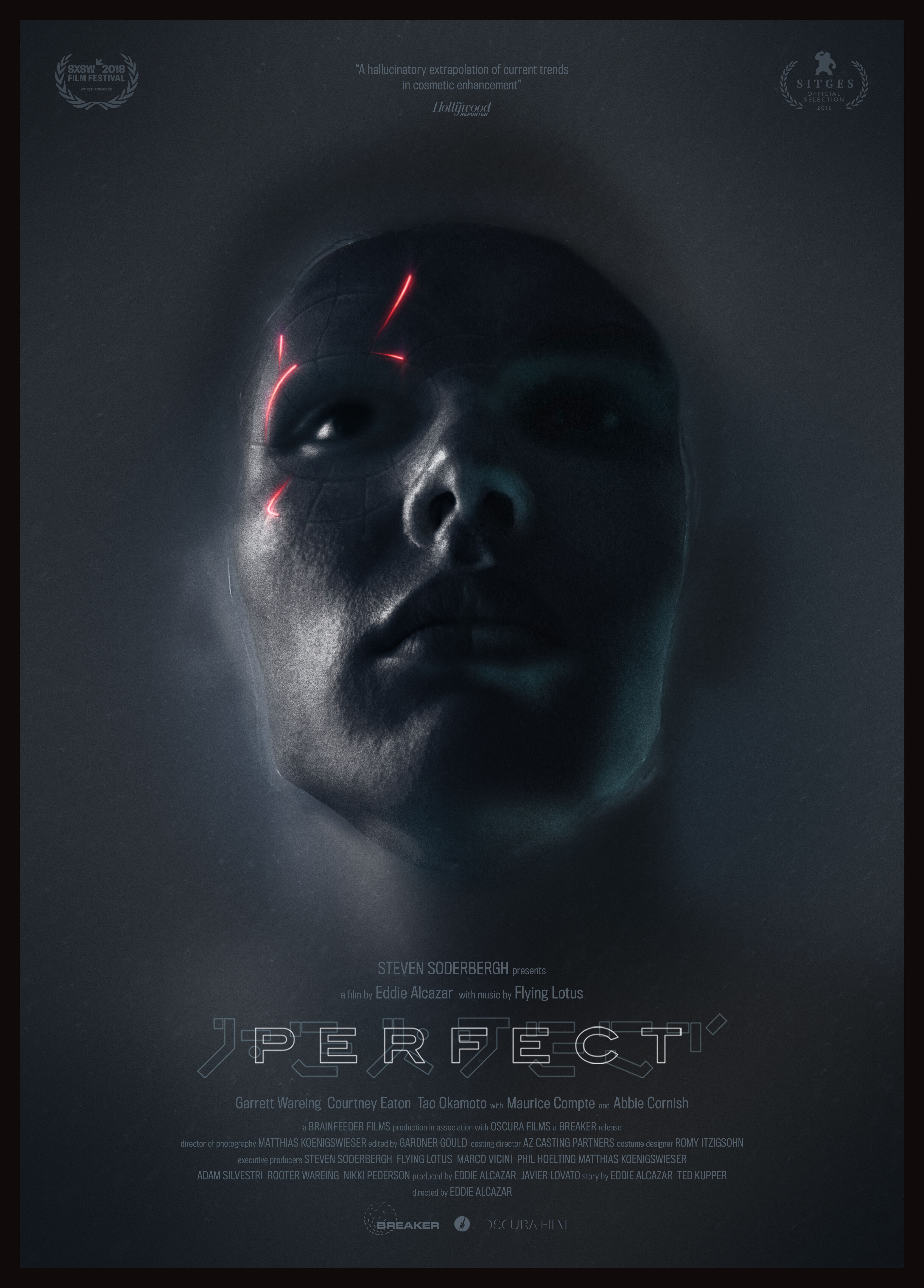 Produced and scored by Flying Lotus, executive-produced by Steven Soderbergh and directed by Eddie Alcazar, Perfect introduces Garrett Wareing (Independence Day: Resurgence) as an emotionally-troubled young man. His mother, played by Abbie Cornish (RoboCop), sends him to a clinic, where modernist serenity whispers soothing promises of perfection. By planting plug-and-play characteristics directly into his own body, he is relieved of his dark, twisted visions, but his body pays the price for purity of mind.

“Perfect is a progression and exploration of the themes and style that were first established with my short film Fuckkkyouuu. We are in the age of constantly being sold self improvement. This has continued to get worse over time because the current concept is linked to self destruction. To rid yourself of what makes you unique and to eventually conform…” – Eddie Alcazar, director of Perfect

“[Eddie’s] aware that he has style to burn, but what would be really fascinating is to see him combine that with a classical narrative.” – Steven Soderbergh, executive producer of Perfect / director of Unsane

Perfect is scheduled to be released in New York (Village East Cinemas) on 17 May, in Los Angeles (Laemmle Ahrya Fine Arts) on 24 May, and will receive an exclusive VOD launch on Breaker.io on 21 June.