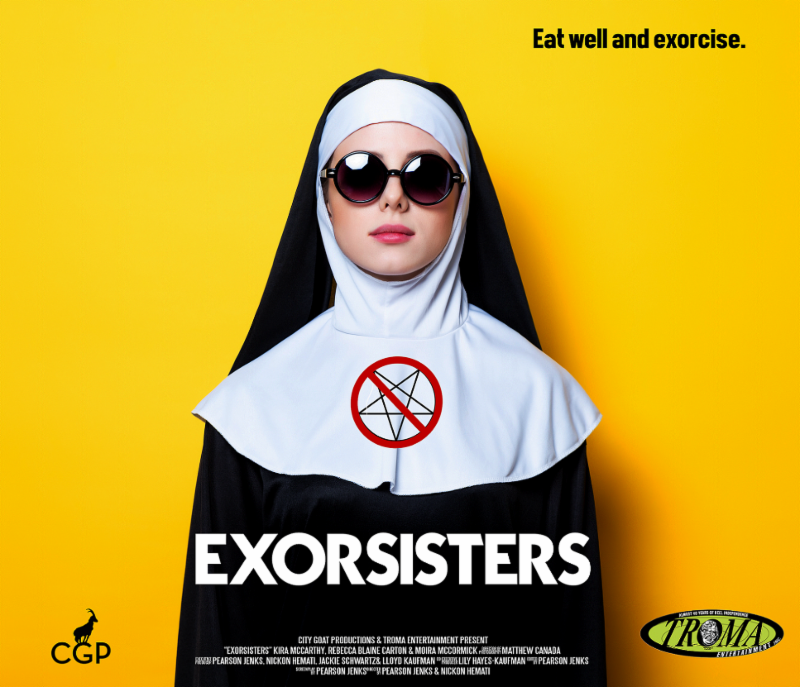 Starring Kira McCarthy, Rebecca Carton, Moira McCormick, and Andy Bustillos, Exorsisters is the story of Sister Kristen, who was banned from the church after warning people about a rise in demonic possessions.

Now needing to make money, she moves home and bands together with two other expelled-nuns, Sisters Mary and Svetlana, to destroy demons for profit. And just as they’re getting started they get a visit from Jesus Christ, who’s been sent from Heaven to figure out what the hell is going on down on Earth.