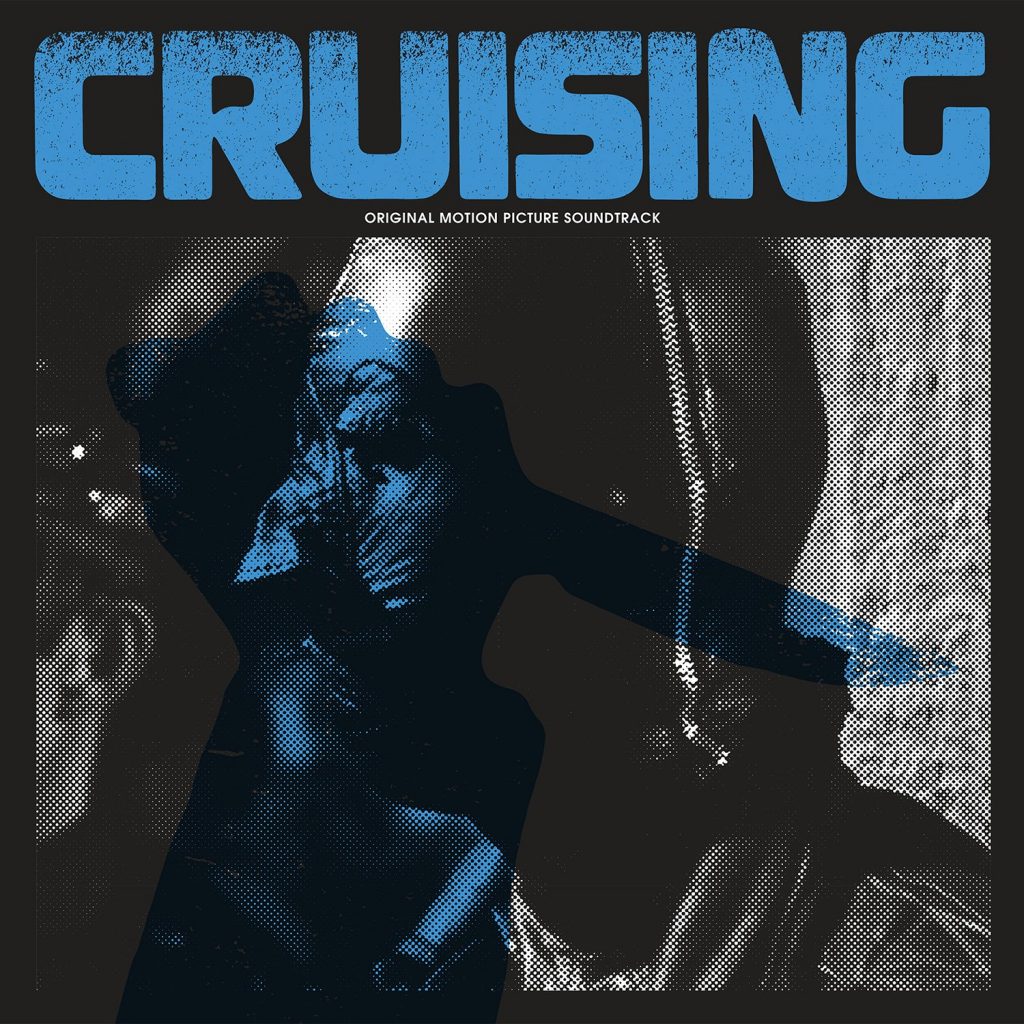 Waxwork Records is thrilled to present Cruising original motion picture soundtrack and score. Available for the first time, the original 1980 soundtrack release has been expanded to include the complete film music.

Spanning three LP’s, Waxwork worked closely with director William Friedkin, Sony, and Universal Pictures to locate and unearth the original masters that include the original Jack Nitzsche score sessions, the Germs recording sessions, and all music recorded for the film. This is the long awaited and definitive Cruising soundtrack release requested by fans of the film, punk rock, and the counter culture for decades.

The production and shooting of Cruising was plagued with protests and petitioning to stop the filming by gay rights activists. The movie was received poorly upon release, however, Cruising has gone to amass a large cult-following and is now considered to be a wildly underrated and thought provoking film that was years ahead of it’s time. Cruising and director Friedkin unapologetically explored topics that were largely considered at the time to be taboo, noncommercial, and dangerous.

Director William Friedkin’s renegade approach at documentary style filmmaking took him to the darkest corners of the underground where his research and discovery of crime, lifestyle duality, and the burgeoning gay leather scene sparked the creation of a landmark film that is a topic of intense conversation and examination to this day.

Waxwork Records’ Cruising original motion picture soundtrack and score features the complete music recorded for the film pressed to 180 gram Blue, Black, and White colored vinyl, a 12″x12″ booklet featuring an exclusive essay by director William Friedkin on the intense making of the film and creation of it’s music, album design and layout by Aesthetic Apparatus, triple gatefold jackets with satin coating and spot UV gloss, and all music sourced and re-mastered from the original master tapes.

Cruising vinyl soundtrack is available from waxworkrecords.com; out now and ready to ship!