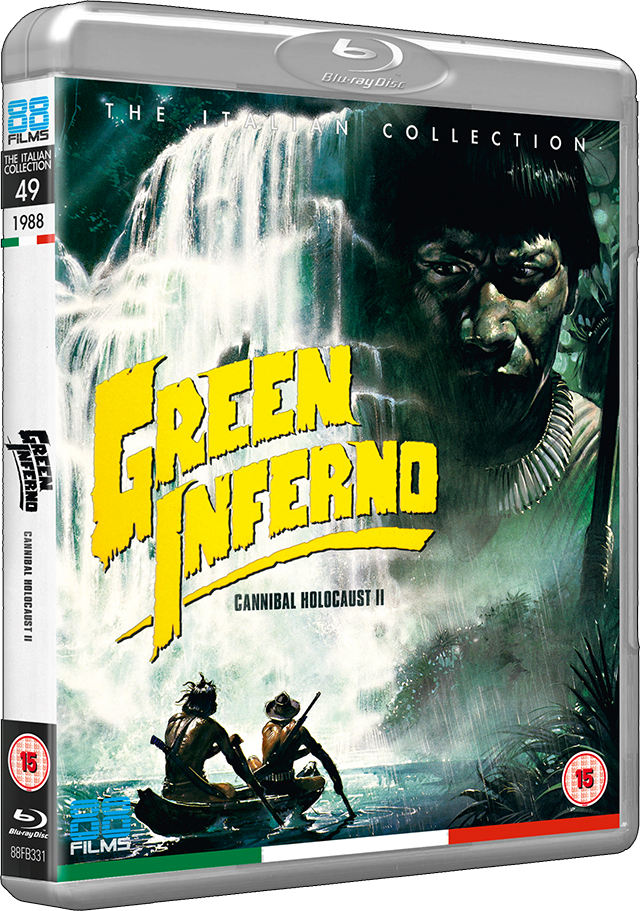 For years fans waited for the release of a sequel to Ruggero Deodato’s trendsetting Cannibal Holocaust, yet it would take almost a decade for The Green Inferno – also known as Cannibal Holocaust 2 – to arrive… and it wasn’t what followers of the Italian cannibal cycle were expecting. 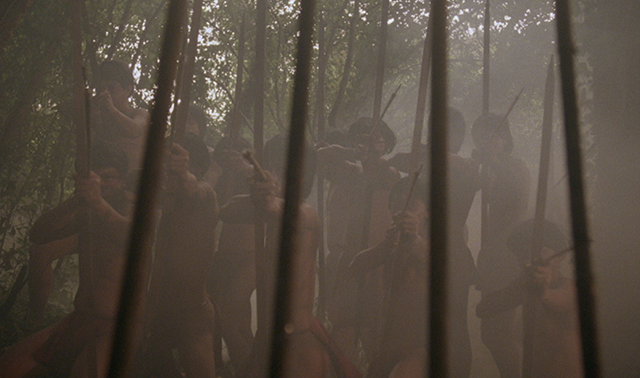 A group of enterprising adventurers venture into the Amazon jungle in search of a missing professor but soon the youngsters encounter more than they bargained for – European colonialism is exploiting the rainforest and the natives are fighting back! While Deodato’s original critiqued the mondo pseudo-documentary phenomenon, here director Antonio Climati (Mondo Cane, Savage Man Savage Beast) turns the focus to satirising the hypocrisy and complexity of Cannibal Holocaust itself. A potent mix of macabre imagery, scenic locations, extreme gore and sly in-jokes, The Green Inferno is the gut-munching sequel you always knew you wanted but were too afraid to ask for; which is a meal best served in glorious HD by the video nasty enthusiasts at 88 Films! 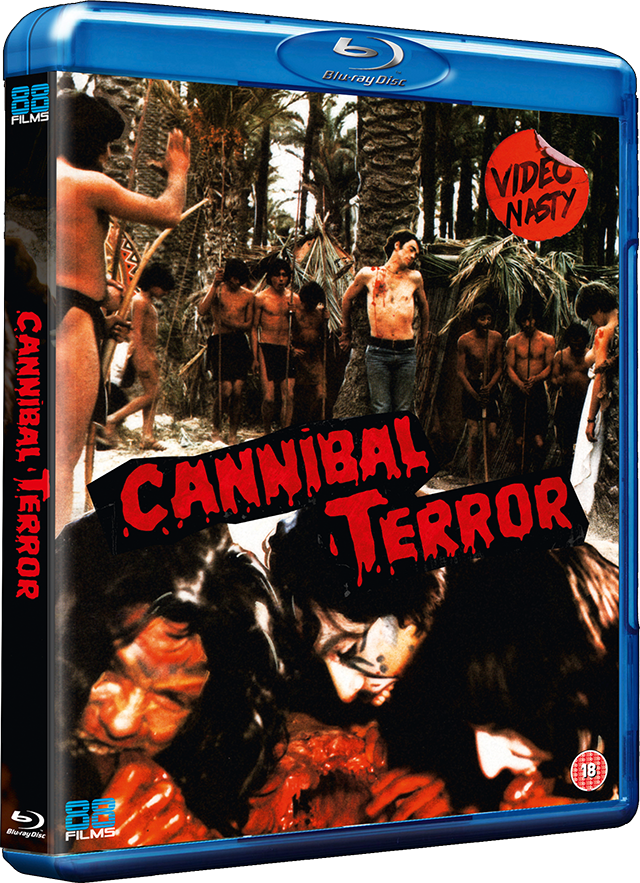 First there was Cannibal Holocaust… Then came Cannibal Ferox… But somewhere in France, someone was already hatching a plot to cash-in on the Italian intestinal classics with Cannibal Terror! With no budget, no professional actors and no flights to Amazonia, Cannibal Terror instead gives us Deodato and Lenzi on a cash-strapped level and the end result is The Room of cannibal movies! 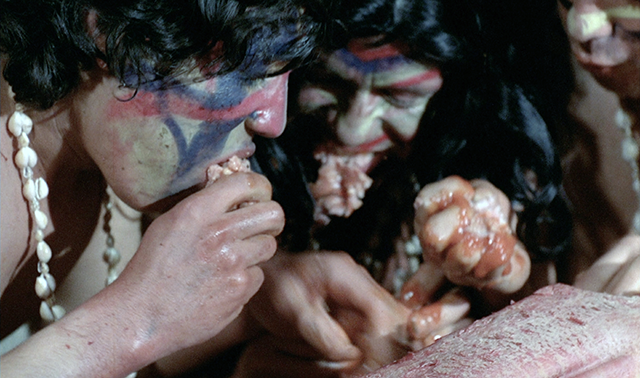 Brilliant and blood-soaked late night entertainment, Cannibal Terror was one of the UK’s infamous ‘video nasties‘ – showing that our beloved censors have little in the way of a sense of humour! However, this torrid tale of stranded tourists being hunted by hungry natives is a work of demented genius from director Alain Deruelle that words can barely do service to. Prepare to feast your eyes on Cannibal Terror; this time in a delirious HD special edition from 88 Films!