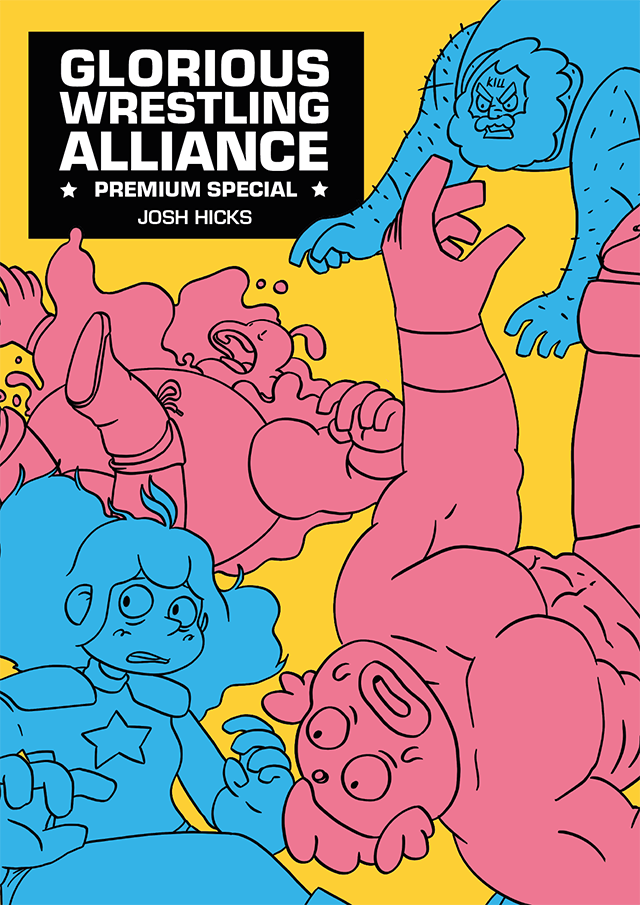 Glorious Wrestling Alliance follows the behind-the-scenes goings on at the world’s most glorious wrestling promotion, as the company’s storied cast of wrestlers, bookers and hanger-ons navigate the pitfalls of life between the ropes. 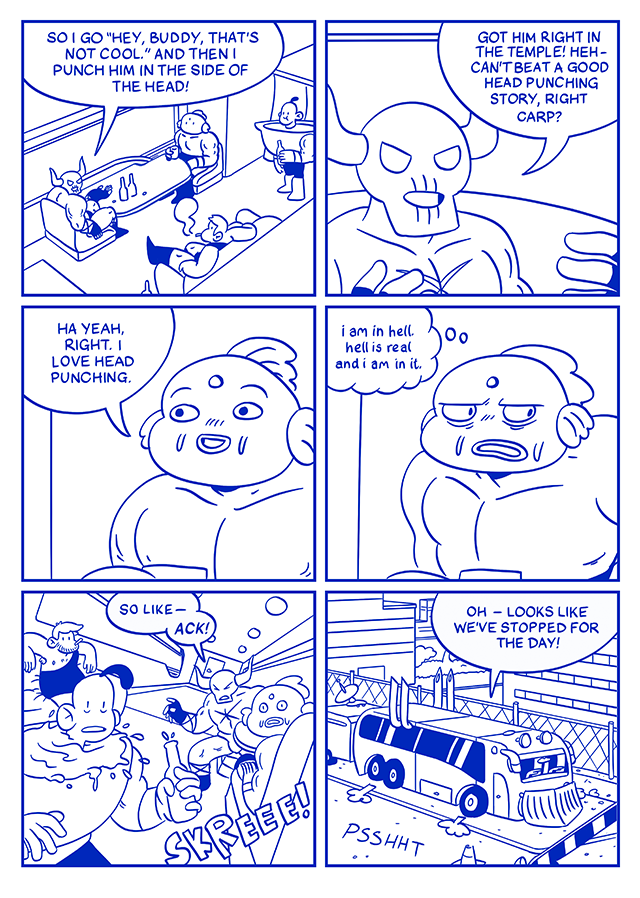 Great Carp is a seven-time world champion with a fish head and a heavy heart. Miranda Fury has a secret identity – and needs the world to know. Gravy Train wants to overcome typecasting but is hampered by basic logistical concerns, Death Machine wants his poetry to be taken as seriously as his piledrivers, and CEO Ricky Lovett Jr just wants to keep the family business afloat. See them bicker, argue, weep, curl up into little balls on the floor (happens approximately three times), bicker some more, throw things, throw each other, and maybe save the GWA forever. See it all! It’s a comedy! Also, you don’t have to care about wrestling to like it. This is important.

“Hicks has created a world full of unforgettable characters that takes on some of the wrestling industry’s weirdest carny quirks with an irresistible charm… Whether you’re a wrestling fan or not, you’ll have a blast with this one.” – CK Stewart, Newsarama 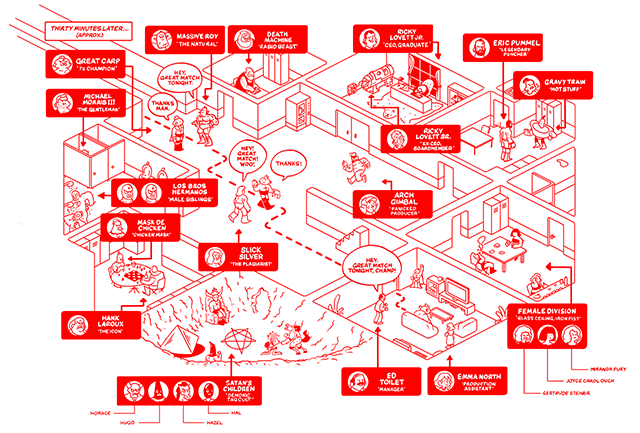 Glorious Wrestling Alliance ☆ Premium Special ☆ will be a 100+ page softcover book, printed at 210mm x 148.5mm. Each chapter of the book will be printed in a different spot colour to best replicate the feel of the original riso-printed minis. The Kickstarter is set for a funding goal of £2,500, but if the campaign reaches a stretch goal of £2,750, all books get a dustjacket (fancy), with some other super secret stretch goals lined up too. 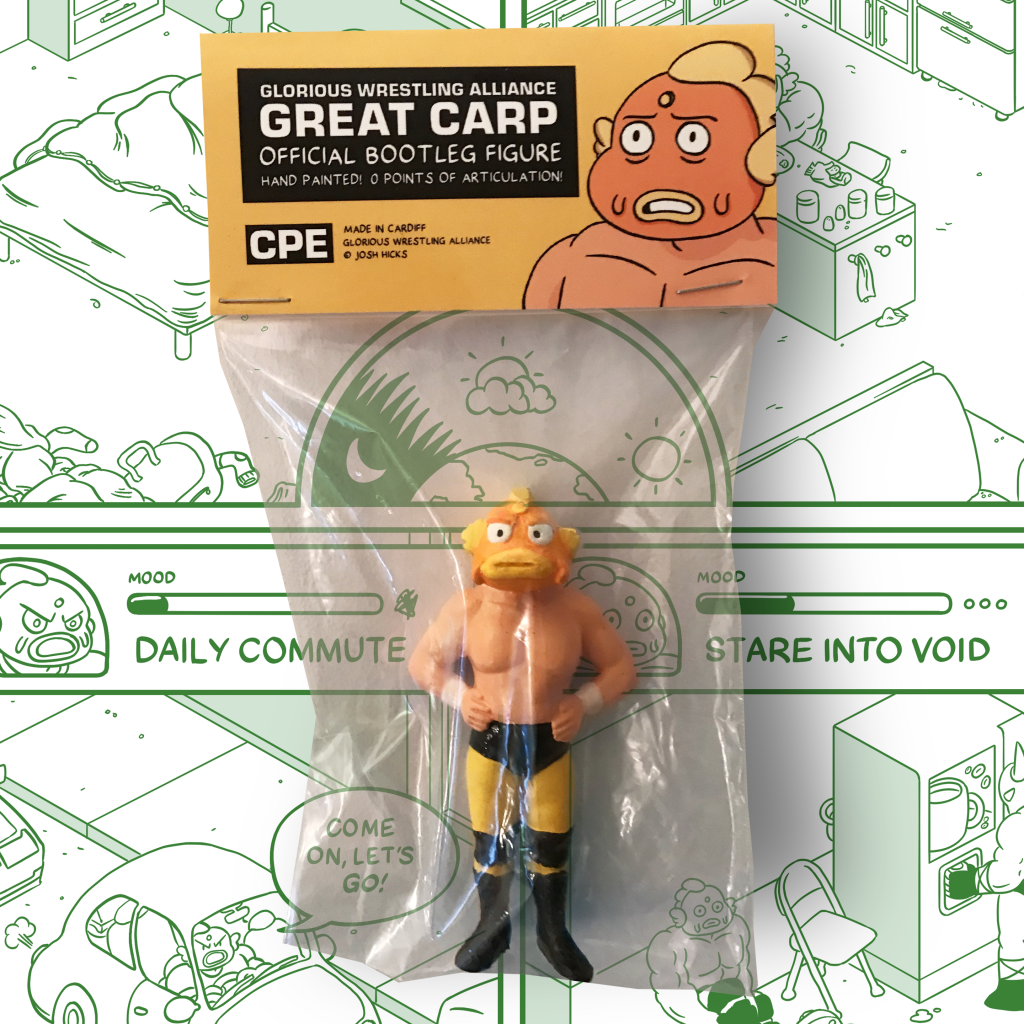 Rewards include a DRM-free digital version of the book, the physical book itself, a signed and sketched bookplate edition, the chance to obtain one-of-a-kind pieces of poetry and art, and the online debut of the extremely limited edition ‘Official Bootleg Great Carp’ action figure (thus far only available at European comic shows.) Everything on this Kickstarter ships worldwide. This is an international endeavour!

“Glorious Wrestling Alliance is entertaining as all get out. Quick and to the point, it’s fun and funny, bonkers and clever, well worth your time and attention.” – Daniel Elkin, Comics Bulletin 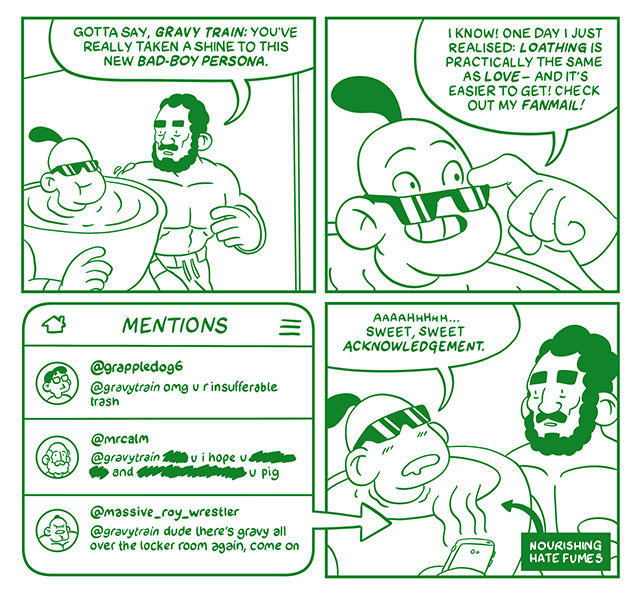 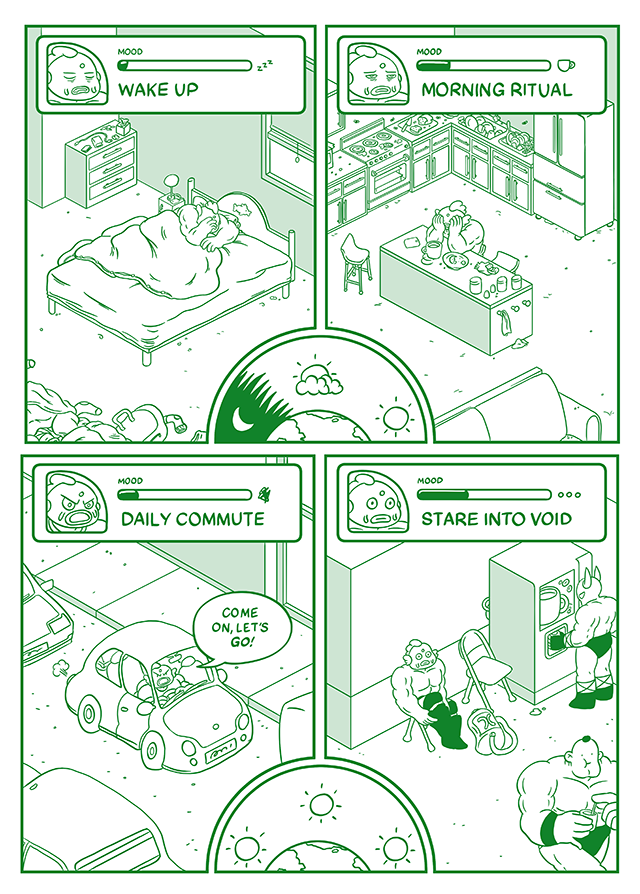