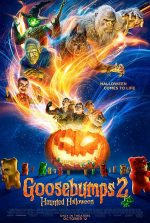 It’s rare that I write a review of a film I really hated, but Goosebumps 2: Happy Halloween held such promise I’ll make an exception.

The first film had a fair few faults of its own, such as straying from the source material. For example, the Werewolf of Fever Swamp is not affected by silver. It was a myth werewolves had created to stop peasants hunting them. But for the most part, the original stayed true to the tone of the books and had some good comedy moments.

The second film however has fewer comedic parts that made me laugh, but does feel true to the tone of the books – more so than the TV series – with the main plot being similar to Night of the Living Dummy. Some nerdy kids discover Slappy the Dummy in R.L. Stine’s old house which unleashes a barrage of plot holes. Why did R.L. Stine leave Madison (the town from the first film)? Where did his ghost daughter go? Why has R.L. Stine also left Wardenclyffe (the city in this film)? Also, the kids are attempting to start a garbage cleanup business, but who calls them to tell them to clean out the house? 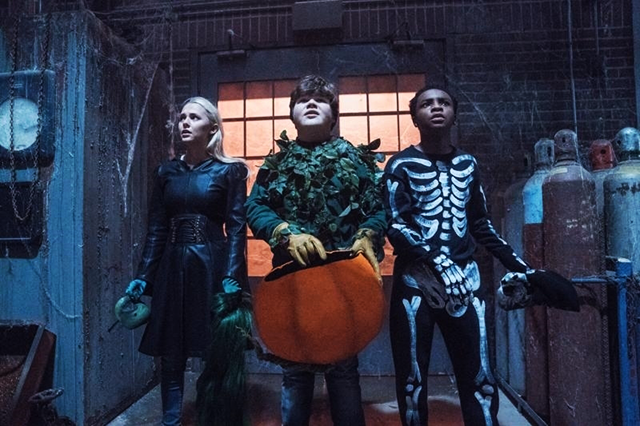 The rest of the story is a rehash of the events from the original Goosebumps movie, at least to some extent. All of R.L. Stine’s monsters are unleashed (again), but by using the Goosebumps books, the kids of Wardenclyffe can send them back. That is apart from Slappy, who can only be beaten by completing an unpublished manuscript called ‘Haunted Halloween’.

Another complaint I have is that Slappy is the only creature that is fleshed out in Goosebumps 2. All the other monsters don’t necessary need to be in a Goosebumps movie, as they have no defining characteristics. There were obvious opportunities to include more references in the plot to the Goosebumps book series, like when the store manager (Chris Parnell) transforms into an Ogre. Why couldn’t he have been given the Haunted Mask instead? He could have then become more aggressive, more resistant, and perhaps create his own evil plan. Then there is the issue of Jack Black returning as R.L. Stine late in the film… for less than five minutes… and not even saving the day. 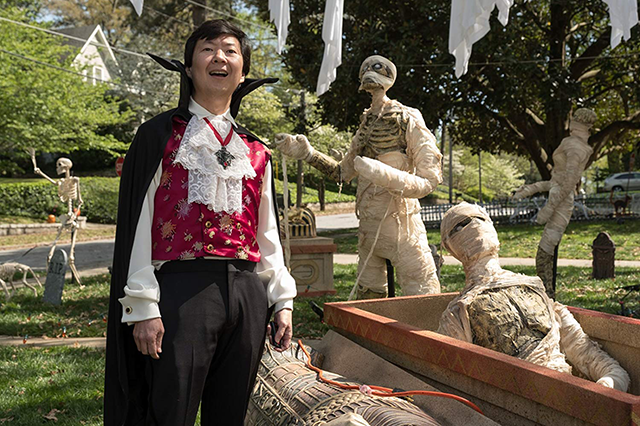 The few positives I have are with the character of Sarah Quinn (Madison Iseman), whose fear of not getting into college and trying to balance a teenage social life seem sincere. There are also a few great one liners, with my favourite being the Stephen King joke where R.L. Stine notices a red balloon and says “I knew I thought of it first”. The finale breaks away from the happy ending of the previous movie, and I’m hoping it leads into another sequel with a world run by monsters similar to One Day at HorrorLand. Unfortunately, after the mess the writers made of this, I have little faith in a third film.

Overall, this is the most disappointing film I’ve seen this year – a rehash of Night of the Living Dummy and the first Goosebumps movie, but not half as good as either of them with no continuity to the previous film.