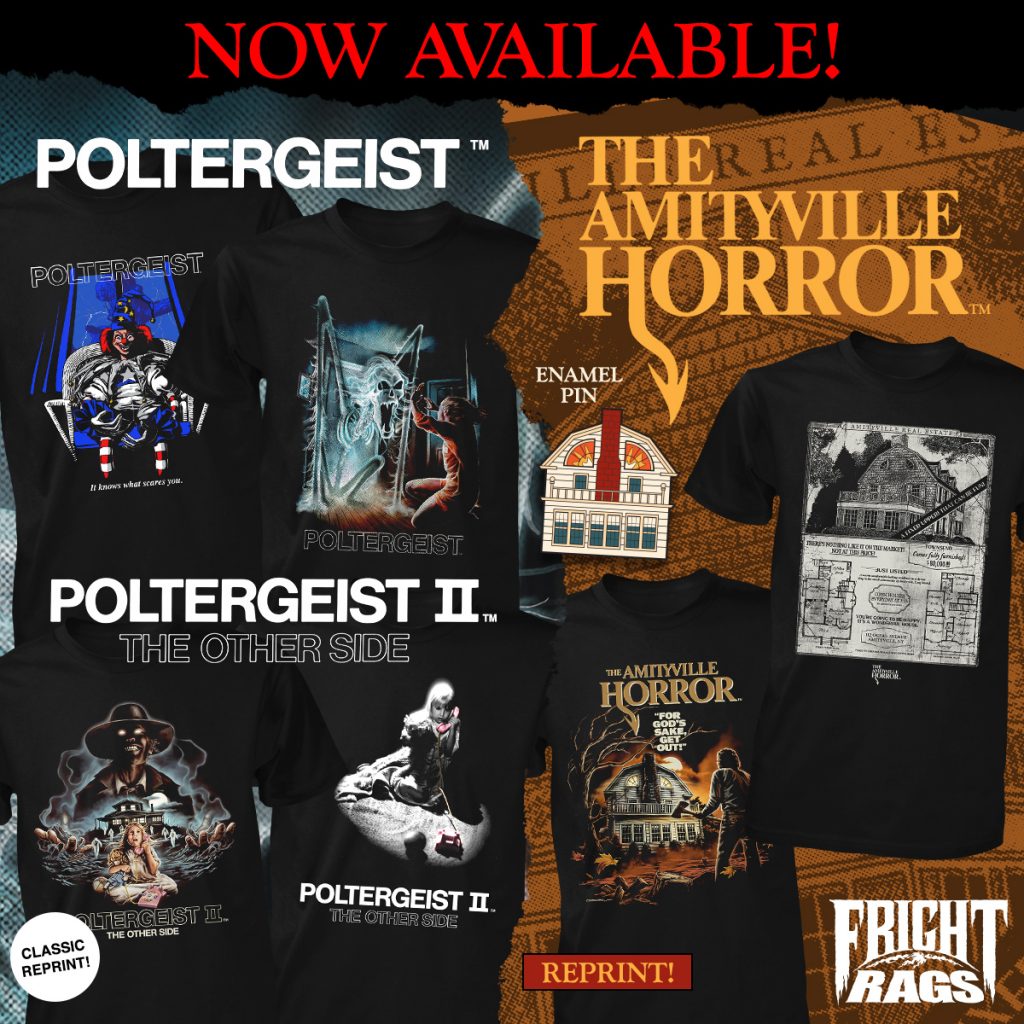 Some things have to be believed to be seen. Fright-Rags’ Poltergeist collection includes two haunting t-shirts from Tobe Hooper’s 1982 classic, along with a pair of designs from its sequel, Poltergeist II: The Other Side. They’re here.

For God’s sake, get out! Fright-Rags’ The Amityville Horror collection features a new t-shirt with the infamous house’s blueprints, a reprint of a classic design, and an enamel pin of the house at 112 Ocean Avenue.

“Nothing like it has ever been on Earth before. It came from another planet for the thrill of the hunt. It picked the wrong man.”

Poltergeist, Poltergeist II: The Other Side, The Amityville Horror, and Predator merchandise is on sale now at Fright-Rags.com “If it bleeds, we can kill it…” 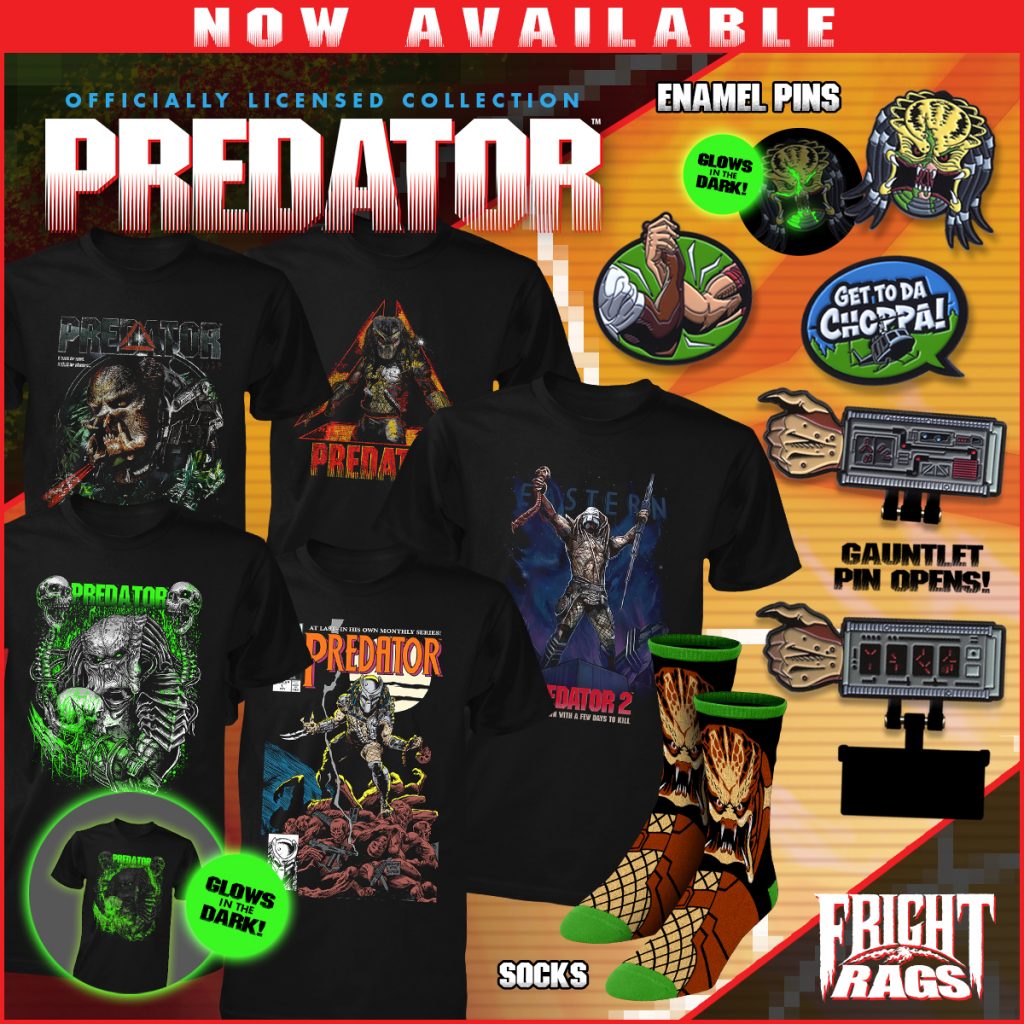