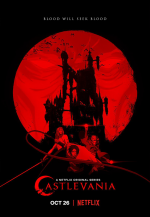 Netflix have done a brilliant job at exploring the Castlevania story with this season, which is twice the length of the first and has a lot more Dracula. For anyone who didn’t see the first season there’s only two things you need to know: First- Dracula (Graham McTavish) has declared war on the human race after the Church killed his wife. Second- Trevor Belmont (the last descendant of the famous monster fighting family – voiced by Richard Armitage) and Sypha Belnades (a witch – voiced by Alejandra Reynoso) have joined forces with Alucard (Dracula’s son – voiced by James Callis) to defeat the vampire lord himself.

Each episode is split between flashbacks showing Dracula’s life before declaring war, the vampires squabbling about the war, and our heroes (Belmont, Belnades, etc.) trying to discover the means to defeat Dracula. This may seem like a lot of jumping between scenes that slows down the narrative, but it creates more tension as you can see the many threats posed towards Dracula. The central plot to kill Dracula shared by most people – and a fair few of his own kind – might seem simple, but how it’s executed isn’t. Few characters are pure, most have disdain for the humans (even the heroes), and each person is flawed; their weakness frequently exploited. 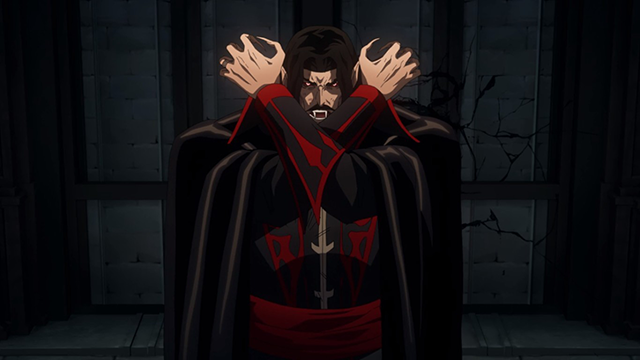 Then there is Dracula. He is a broken man and the flashbacks demonstrate why. But as the pressure grows against him there is uncertainty as to whether he will snap out of it, and who his allies are. This desolated Dracula is brilliantly voiced by Graham McTavish, who isn’t just putting on a heavy foreign accent – he portrays a weariness with the world. I can’t fault any of the voice acting, as each character has such a distinct voice; from the rough Trevor Belmont, to the viking Godbrand (Peter Stormare). This brings me to the dialogue, and whilst there isn’t much in certain scenes, there are some great insults – particularly from Trevor – as the heroes struggle to get along. 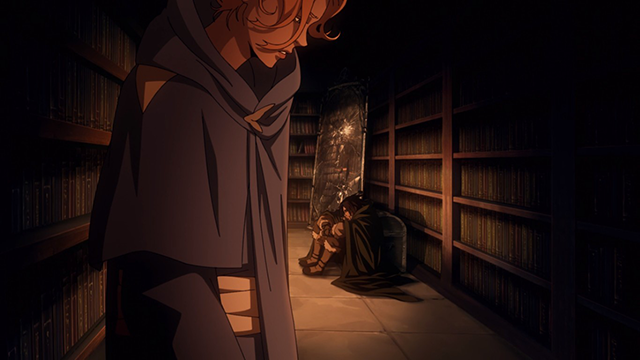 As the dialogue is minimal, that places greater emphasis on the visuals and these are brilliantly animated in the vein of Castlevania: Symphony of the Night’s art-style – to name just one influence. The fighting, the blood, and the facial expressions are all amazing; especially in episode 7. This season also introduces more elements from the video game series, including the ‘Morning Star Whip’ and antagonist Carmilla. However, they still haven’t dredged all the depth of the Castlevania video games, so I’m hoping Zobek from the Castlevania: Lords of Shadow series might be brought in.