A Nightmare on Elm Street (2010), directed by Samuel Bayer. 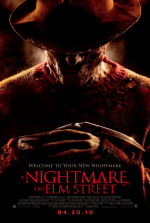 I don’t do New Year’s resolutions. However, I decided I’d take the opportunity to look back at some movies that didn’t particularly float my boat and see if I can find some good points in them. With the best intentions in mind, I picked the 2010 remake of A Nightmare on Elm Street as the first movie to give a second watch.

Ok… So before everyone gives me a load of shit for saying I’m not going to slag it off, I was aghast when I heard this movie was being made. Out of morbid curiosity I watched trailers and cringed at the shot-for-shot mirror of the original, leaving me complaining about the fact that if you are going to do make an identical movie, why bother. But, I like to have an opinion about things so, when it dropped on DVD, I gave it a watch. On that first go I was just as disappointed as I expected to be. Let’s face it, the original film is a genre defining classic, so this movie was always going to have a tough job to pull off.

My first impression of the remake was that it didn’t add anything of value by way of plot reinvention, didn’t complement the Wes Craven juggernaut and, ultimately, wasn’t scary. 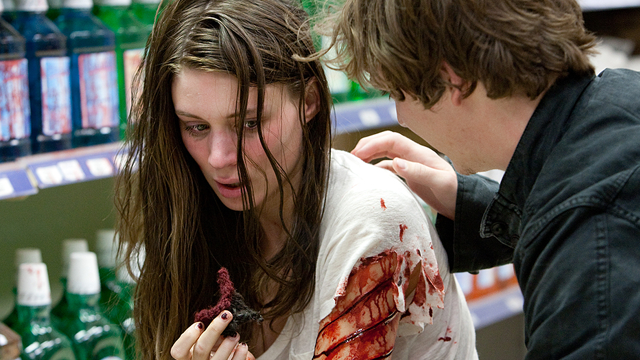 I tried to leave some of my preconceptions at the door on the second watch. I gave Elm Street 2010 another go recently and did my best not to compare it to the original so that I could absorb it as a horror movie in its own right. This was no mean feat. Regardless of whether you are an Elm Street fan or not, Freddy Krueger is a global horror phenomenon. There’s so much about Freddy that is iconic – Robert Englund’s impeccable performance, the distinctly unsettling make up (in the first three movies at least) and, of course, that glove. So to see anyone but Englund playing Freddy while looking any different to Craven’s vision is going to be massively distracting. But… I sat back, reached for the popcorn and persevered all the same…

Despite my memory of being too similar to the original, I found on second watch that there is actually a lot of diversification from the original plot. Its here that Elm Street 2010 finds its strengths, and no doubt secured new skool fans along the way. We all know Freddy as a child killer who, having been hunted down by the parents of Springwood, haunts the dreams of the Elm Street kids as he reeks his revenge on the people who killed him – executing their children in their worst nightmares. 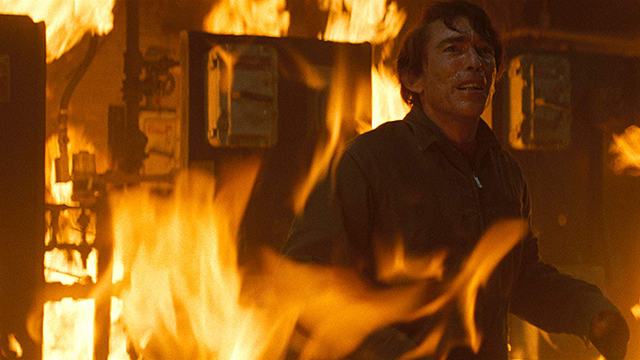 The reboot adds a paedophilia slant to the story, which, while seeming to be an obvious update, gives an unsavoury springboard to deeper character developments. We are given a new connection between Freddy and Nancy, which brings a shocking tension to the film’s third act, not to mention the uncomfortable scene in which this revelation is revealed.

Jackie Earle Haley does a commendable job of playing Freddy. Rather than do his best Englund impersonation, the Watchmen star has really done a great job of carving out a sinister horror role of his own. His Freddy has a lot more disdain for his victims and carries himself with a wholly different weight. The problem is, Freddy isn’t a horror icon that can be satisfactorily manipulated by new scripts and actors. 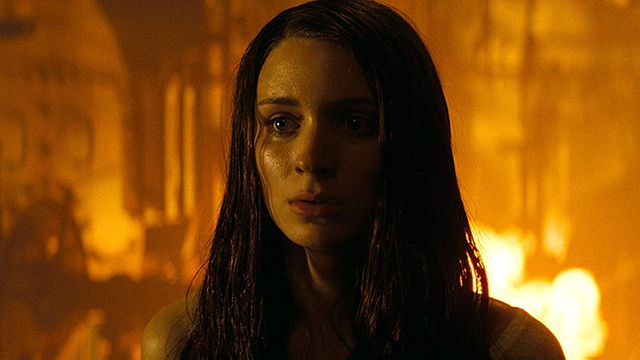 Arguably, Michael Myers, Leatherface or Jason Voorhees could all be played by anyone – the masks and the silence allow for as much casting change as needed. But Freddy has a very distinct personality and a very unique look, so, despite Harley’s nasty, unpalatable performance; he’s just not Freddy Krueger. Add to this the decision to drastically alter his look by making him look like a real burns victim and the character strays too far from its roots to hold water. By the end of the movie I found myself as creeped out by his homicidal kiddie-fiddling as I was sympathising with him because of how horribly disfigured he was.

Freddy isn’t a character to relate to in real terms, he’s a monster for modern times, and when it all boils down he doesn’t benefit from further depth. If anything, it muddies the waters around how the character operates. In the original there doesn’t seem to be any reason to question his ability to visit you in your dreams, but here it seems ridiculous because of the extra mile the writers have gone to in grounding him in reality. 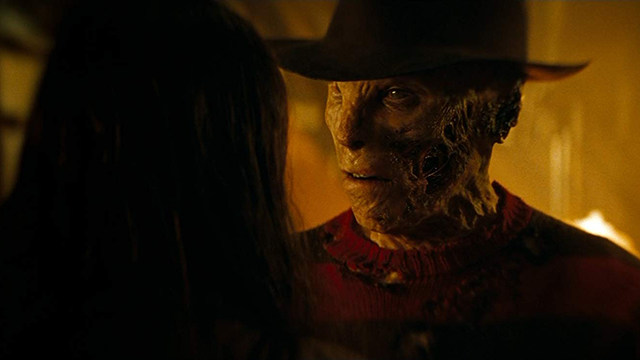 The other characters seem to be well catered for by comparison. Rooney Mara does a fantastic job of bringing Nancy to a modern audience, and paves the way for a new wave of supporting characters to join her. Kyle Gallner (The Haunting in Connecticut) plays the nervous Quentin Smith, Nancy’s childhood friend who is also experiencing some troubling dreams, while Tina and Rod from the original are represented as Kris Folwes and Jesse Braun. Though Nancy’s policeman father doesn’t feature in this movie, her mother is given an refreshing update by American Horror Story’s Connie Britton.

As much as I found it interesting to give this reboot another chance, I unfortunately have to conclude that I don’t feel much different about it. Despite pulling off some interesting ideas quite well, they aren’t ideas that sit right in an unnecessary remake of one of the most successful horror movies of the 20th century. Hats off all round to the cast for giving it their all but at the end of the day, even the least effective of the Elm Street sequels can boast Englund and often Craven, which sadly leaves this reboot feeling like nothing but a bad dream.