While investigating a robbery, private detective Steve Datsun stumbles upon an unusual spate of crimes. Confounding heists, locked door mysteries and mass hypnosis are only a flavour of what’s to come. Surely, there are rational explanations, but is it just a coincidence that so many strange crimes are being committed? Are they connected, or are the links all in Datsun’s mind?

In the second outing of the Heads! universe, Datsun becomes embroiled in the mysterious and seedy underworld surrounding a metal band who have kidnapped a young man. Shrouded in myth and rumour, ‘Vortex Face’ are renowned for shows which end in death and mutilation. Has their victim already become a corpse, or is he being brainwashed to join the band and help them carry out their murderous plot?

“And who are those girls…with those HEADS!”

Rik Jackson, creator of Heads! and Rock in Purgatory, has now launched a Kickstarter crowdfunding campaign for Heads! Into the Vortex. Every reward tier gets a digital copy of the full comic, with the print version, pin badges and original artwork also available.

For the uninitiated, you can also get your hands on the first issue of Heads!, and Rik Jackson’s Rock in Purgatory; which includes the first appearance of ‘Vortex Face’ – the villainous heavy metal group who appear in Heads! Into the Vortex.

So, just who are those girls…with those heads? Support Rik Jackson’s black and white crime noir, Heads! Into the Vortex, on Kickstarter to find out! 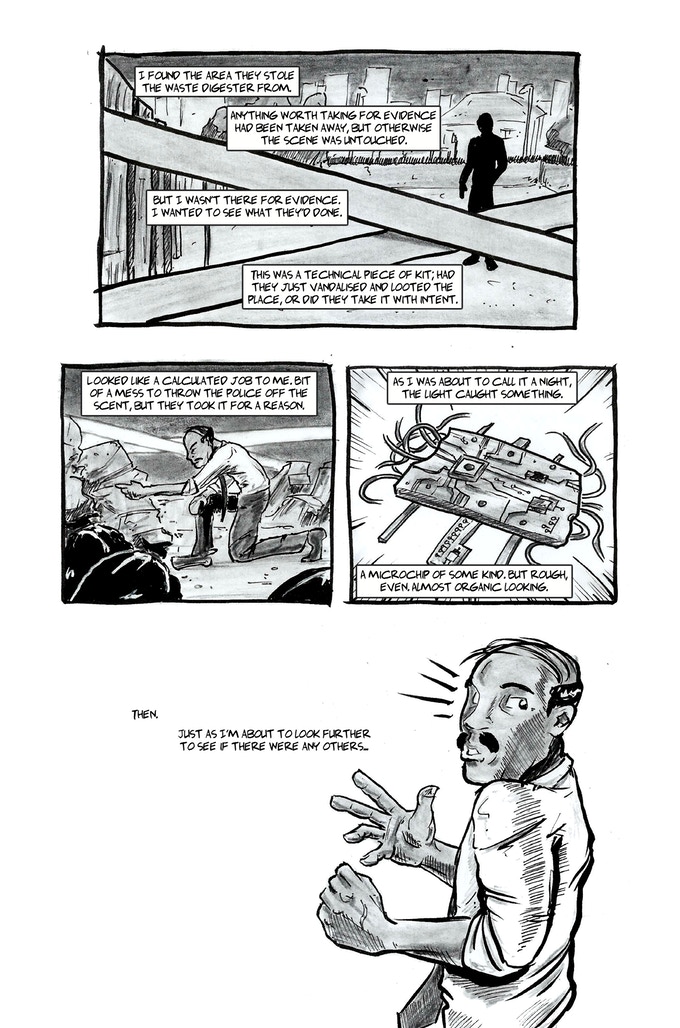