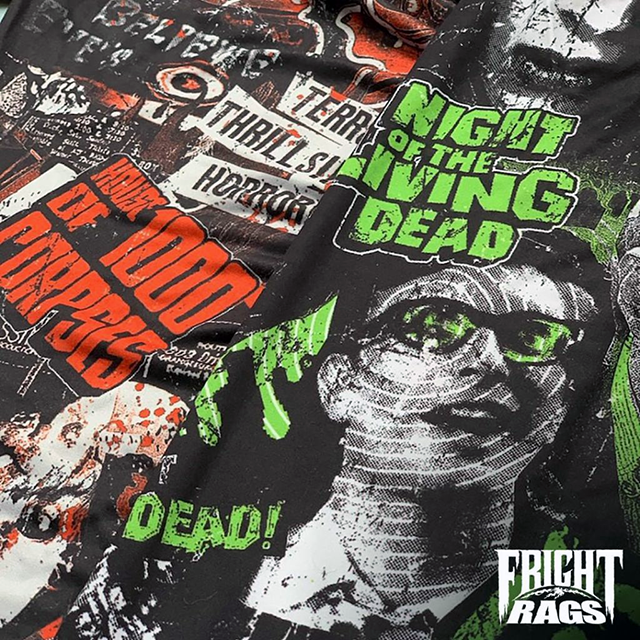 Fright-Rags are back with t-shirts, socks, enamel pins, and lounge pants from such beloved properties as House of 1000 Corpses, Night of the Living Dead, RoboCop, Teen Wolf, and Vampira.

Fright-Rags have released two designs for its line of lounge pants: Rob Zombie’s House of 1000 Corpses and George A. Romero’s Night of the Living Dead. Made from moisture-wicking, stretch comfort fabric, the lounge pants feature an elastic waistband with drawstring and two pockets.

“Don’t forget to take home some of my tasty fried chicken! It just tastes so damn good!”

Become part man, part machine with Fright-Rags’ latest RoboCop apparel. It’s your move, creep, to pick up two t-shirts and a pair of socks featuring the future of law enforcement.

Sink your teeth into Teen Wolf custom-knit crew socks and four enamel pins, including one with dancing motion! They join a variety of t-shirt designs celebrating the 1985 comedy classic.

House of 1000 Corpses, Night of the Living Dead, RoboCop, Teen Wolf, and Vampira merchandise is on sale now at Fright-Rags.com 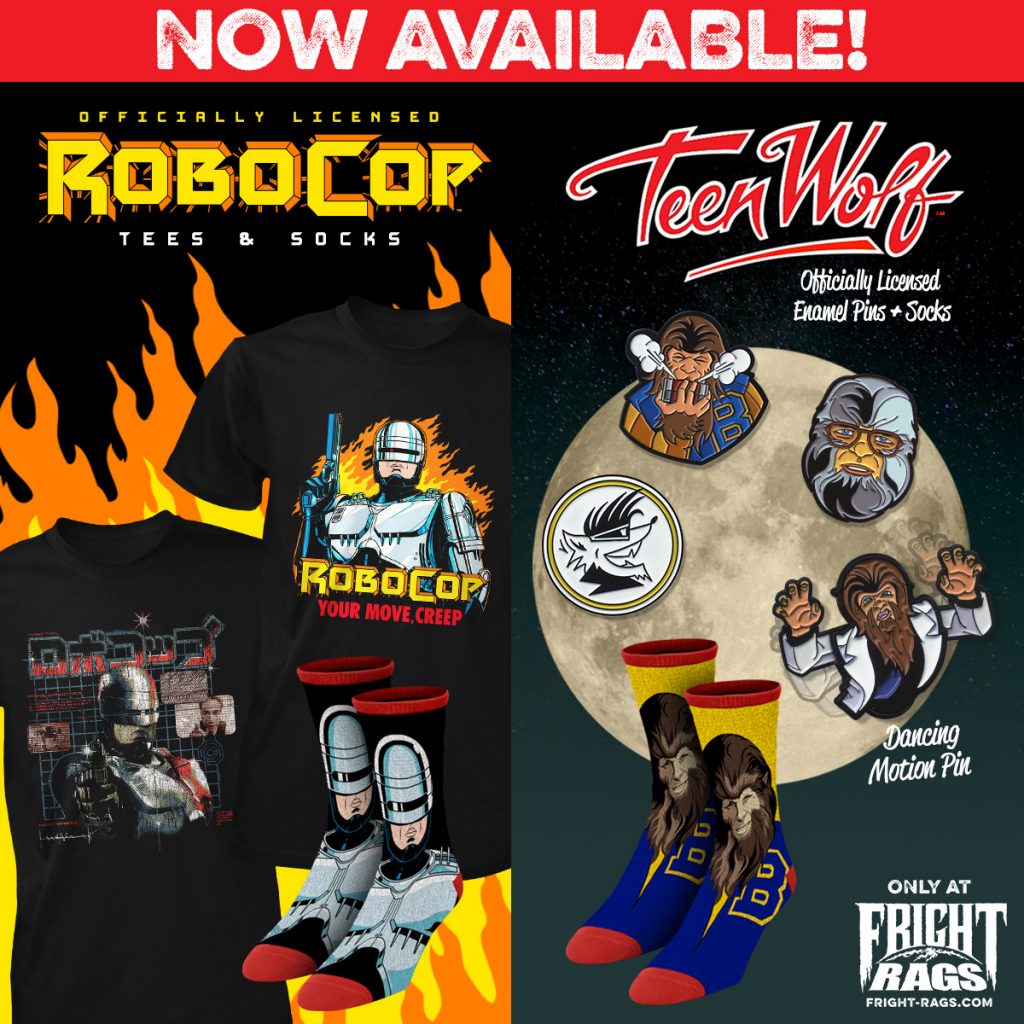 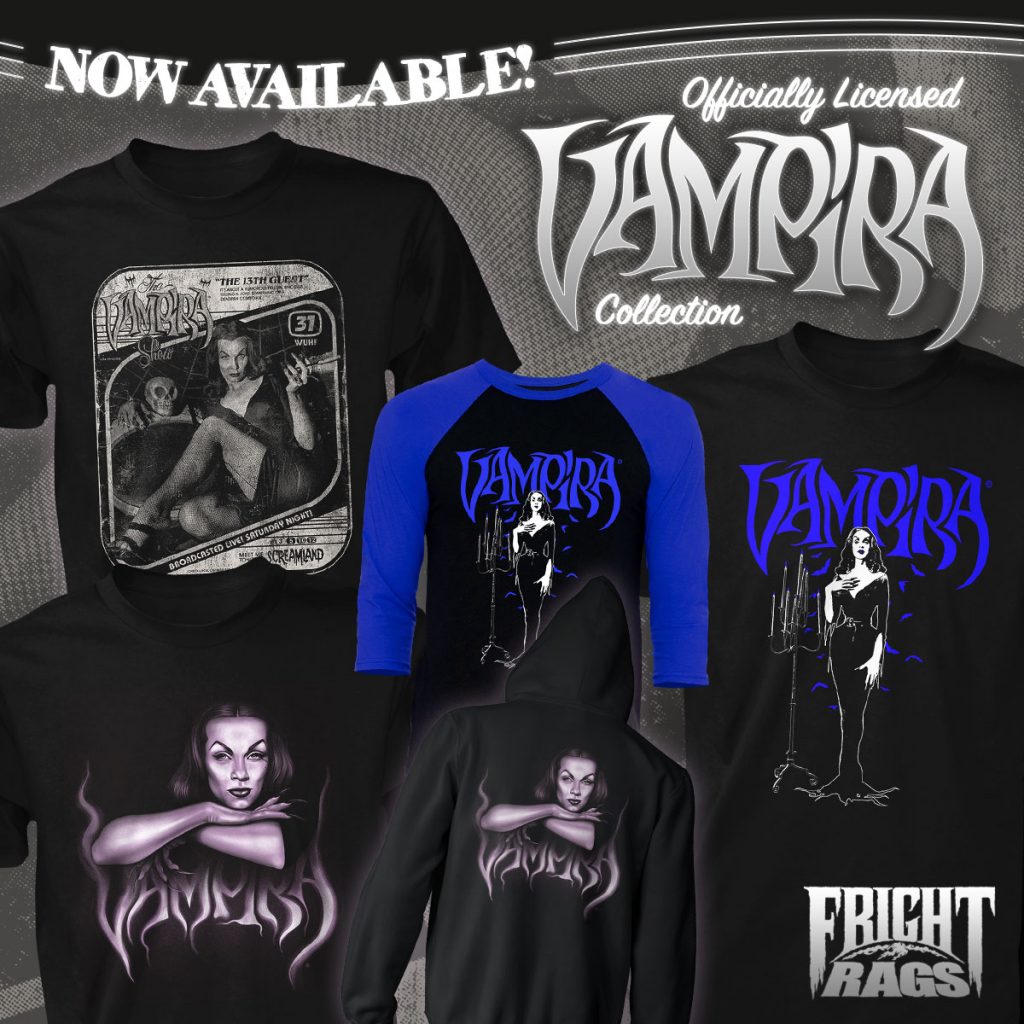