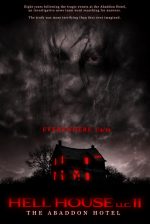 When I first watched Hell House LLC I’ll be totally honest, I wasn’t expecting much. Found footage movies – especially horror – have run their course, but I was genuinely impressed. It wasn’t amazing by any stretch I admit, but it was a pleasant surprise and had some genuinely creepy moments, and built a nice atmosphere and mythology.

Two years later we are given its sequel, Hell House LLC II: The Abaddon Hotel. Now, because I was so surprised by the first installment I was really looking forward to this. Unfortunately after a mere ten minutes into the movie it was evident this wasn’t going to fulfill me with the same joy.

Gone is the creepy atmosphere that the first film delivered so successfully. In return we’re given a host of generic jump scares that are tiresome and have been seen and done before. At no time whatsoever do things get remotely scary which is a huge disappointment. In fact I found some of its set pieces quite humorous.

What the film tries extremely hard to do is expand on the mythology of the hotel, which it does to an extent, but it’s not very interesting. Also the film flips frequently to news reports and interviews which can be quite annoying. 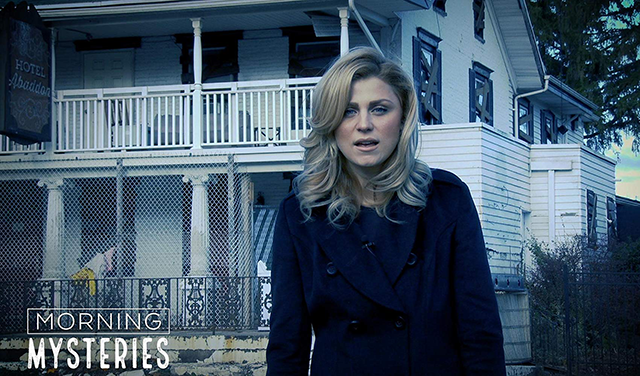 This time around I felt there was a huge lack of restraint in delivery and performances. Everything seemed totally over the top and nothing left to audience imagination.

There’s nothing new plot-wise. The sole survivor of the original movie, Mitchell Cavanaugh (Vasile Flutur), decides to venture back into the hotel after being recruited by journalist Jessica Fox (Jillian Geurts). He takes along the extremely annoying medium Brock Davies (Kyle Ingleman), who’s acting is so over the top, I was desperate for him to die first. Naturally once back in the Abaddon Hotel it’s not long before all supernatural hokum starts to kick off. 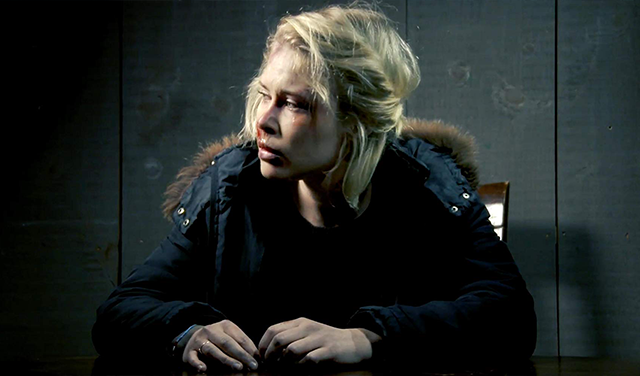 To break the mold and create a successful found footage horror movie there needs a huge amount of innovation. The first movie somehow found a formula that was surprising, creepy, atmospheric and authentic. Nobody expected these ingredients and that ultimately created its success. I honestly feel the second film tries to be a little too clever because of the success of its predecessor.

Obviously by now most horror fans are aware that this is a planned trilogy, which places this as the link movie to its grand finale, Hell House LLC III: Lake of Fire. I strongly feel the franchise can go either two ways. Either it’ll go back to its roots of the first film and bring back that unsavory atmosphere that took audiences by surprise, or it’ll continue down the route of this movie, which would be very very unfortunate.