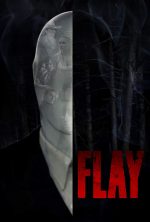 By now, everyone should be familiar with the Slenderman phenomenon. The internet is full of stories and videos claiming that it is a real creature or being. Slenderman’s background and motivations have never been satisfactorily explained and there are lots of stories that contradict one another. It is in this vein that Flay was created.

Seeking to explain the origins of Slenderman and tying it into the genocide of the Native American people by European settlers, Flay gives us an origin for Slenderman that is brutal, sad and rather unsatisfying.

The film centers on Moon Crane, who returns to her hometown after the death of her estranged mother. Following her mother’s death, Moon’s brother, River, seems hit the hardest and lashes out at his sister. Since Moon had left her little brother alone with their recovering addict mother, River has some pent up resentment that he needs to dish out in the form of good ol’ fashioned teenage rebellion. 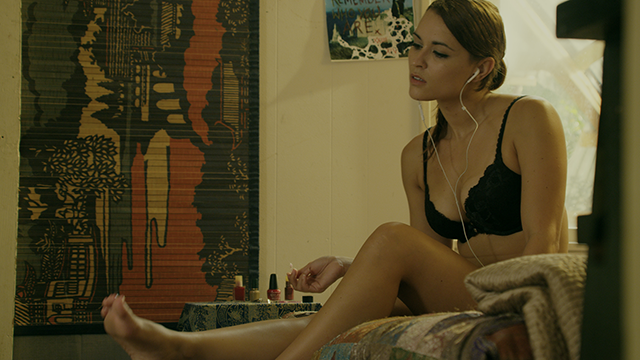 Unfortunately for both siblings, mommy dearest brought home a haunted chain as one of her last acts while she was alive. The chain in question was once used to hold down and torture a native shaman in the 1800’s. His angry spirit now curses anyone who touches it. Oh, and his angry spirit is also probably Slenderman, dressed to the nines in his dapper suit. Slendershaman also rolls with his ghost gang that kind of linger around the victims when they aren’t looking.

Here’s what I don’t get. Why would a ghost, that is most likely going to murder you, just kind of linger behind a shelf or something and do nothing, only to later hunt you down and kill you? It’s like the ghost is just kind of chilling, watching people when they are all alone, it doesn’t reveal itself to the victim. It doesn’t attempt to slaughter them at the very opportune moment. It just sits there, providing a brief scare for the audience, but makes no sense for the ghost’s motivation. It’s almost as if someone had intentionally written it that way… 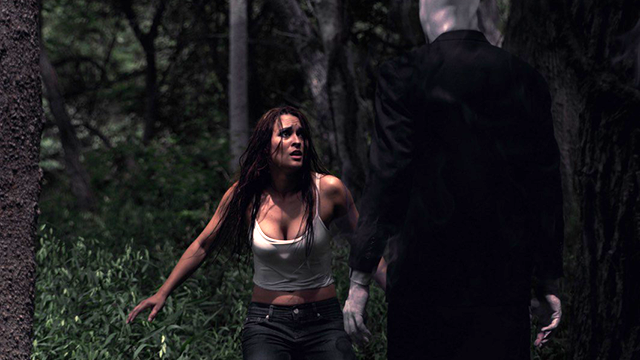 Along with this confusing way that the ghosts haunt and stalk victims is the order that the victims are dispatched. One would assume that the first to touch the cursed chain would be the first to go, but this is not the case. Some characters are left to live for hours, even days after touching it, while others are killed off within minutes. The characters left to live on are still stalked by ghosts only the audience can see, but they are left alone until the plot dictates that they are allowed to be attacked directly.

The special effects in Flay are similar to those you may have seen on a cable TV show in the late 1990s. I think some of the effects may have been more convincing had they gone the practical route, rather than using questionable looking CGI. Call me old fashioned, but I much prefer the practical effects over the computer variety.

Depending on your tolerance for horror tropes and outdated CGI, Flay isn’t unwatchable. I actually enjoyed it on a certain level, but the problems listed above kept nagging in the back of my skull while I was watching the entirety of the film.