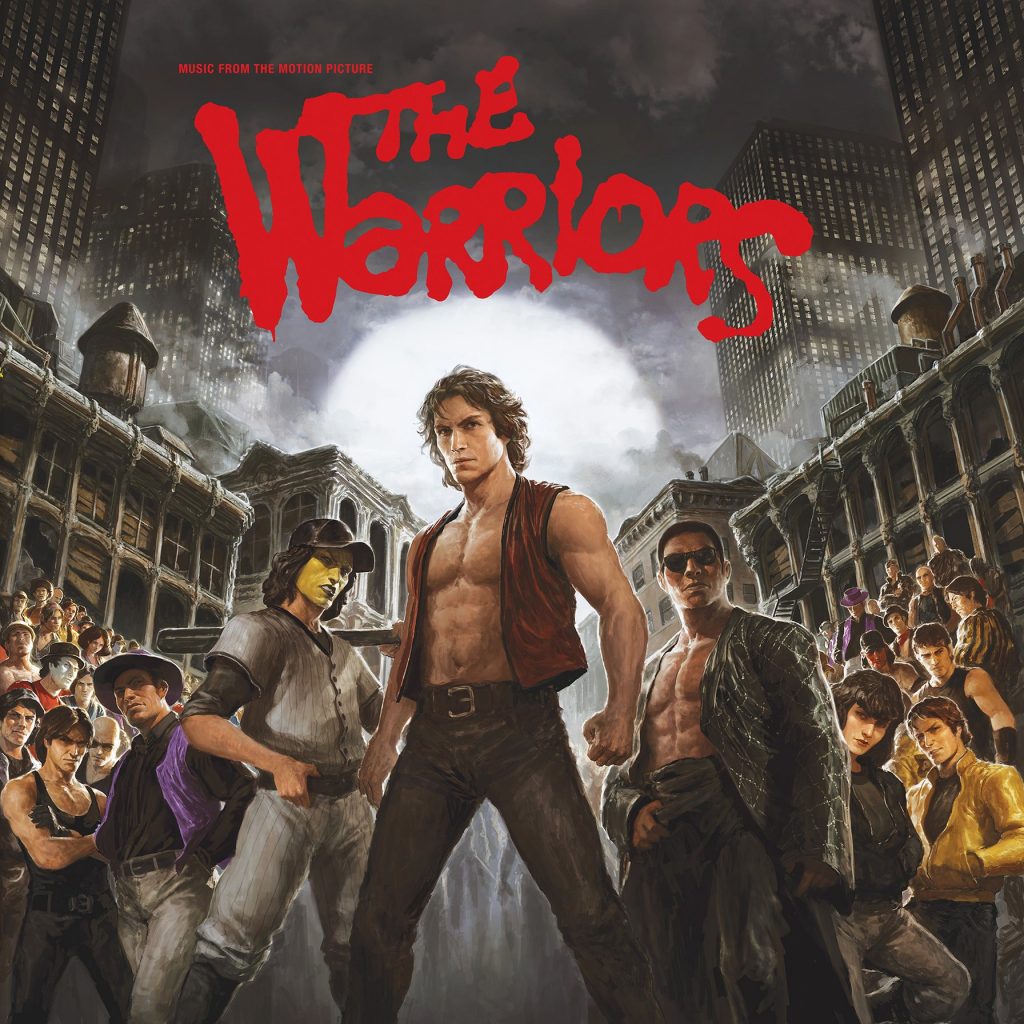 Waxwork Records is excited to announce the long awaited re-pressing of The Warriors. This deluxe double LP features the re-mastered 1979 original soundtrack, in addition to the vinyl debut of the complete film score by Barry DeVorzon.

Directed by Walter Hill and based off of the 1965 novel by Sol Yurick of the same name, The Warriors is the absolute definition of an influential cult-classic film. The Warriors has permeated the landscape of pop culture, music, film, fashion, comics, and video games.

Waxwork worked directly from the original master tapes of both the original 1979 soundtrack and film score to bring audiences a brand new transfer of every musical cue heard in the movie, for the very first time on vinyl; featuring artwork by Marvel Comics artist Dave Rapoza, double LP 180 gram “Warriors” red and brown vinyl, or a “Boppers” purple vinyl variant, printed insert, and deluxe packaging.

The Warriors vinyl soundtrack is on sale now at waxworkrecords.com; out now and ready to ship!

THE WARRIORS MUSIC FROM THE MOTION PICTURE SPECIFICATIONS: