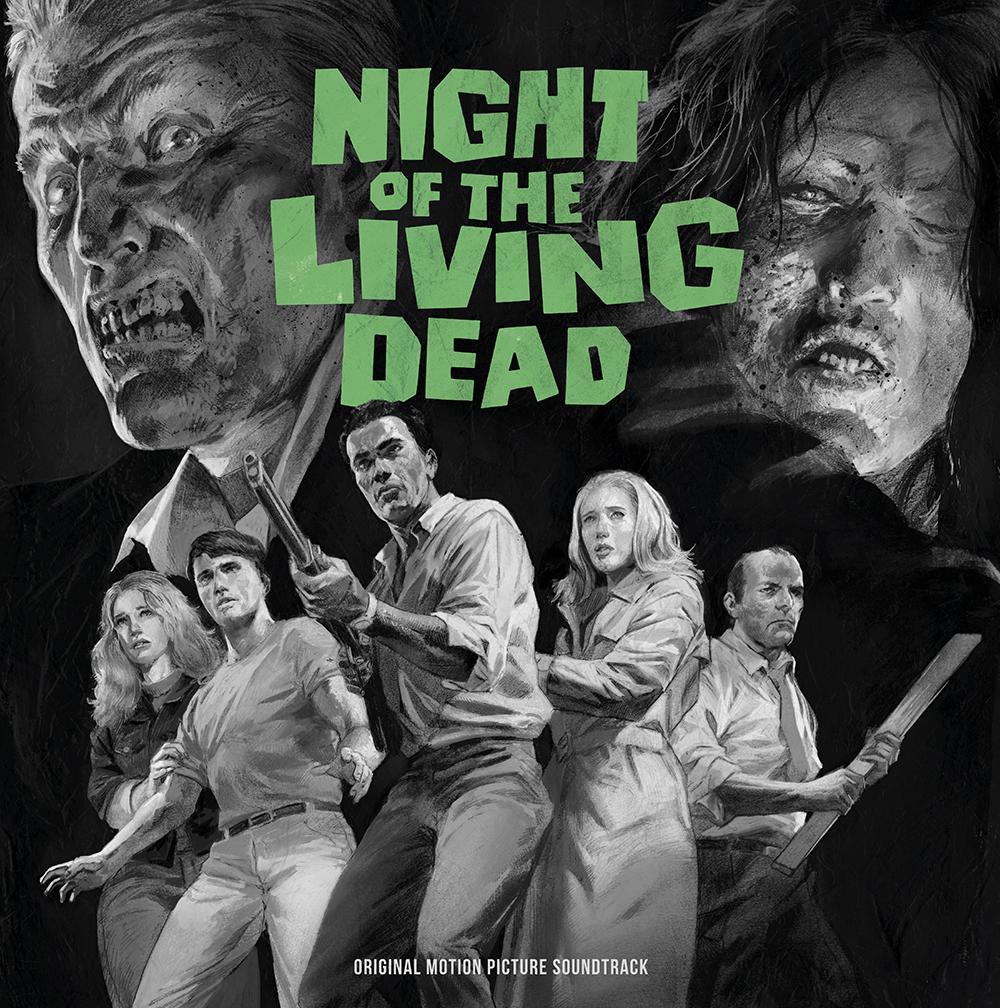 Waxwork Records is honored to present the 50th anniversary edition release of the original motion picture soundtrack to George A. Romero’s horror classic, Night of the Living Dead. Written, filmed, and released in 1968 by a rag tag group of Pittsburgh based misfits, Night of the Living Dead is an American independent horror film that follows the story of seven people trapped in a rural farmhouse that is besieged by a large and growing group of living dead ghouls. The film is regarded as a cult classic by critics, film scholars, and fans, garnering critical acclaim. The film has been selected by the Library Of Congress for preservation in the National Film Registry and is deemed “culturally, historically, and aesthetically significant”.

Filmed and released on a shoestring budget, Night of the Living Dead became a smashing success earning over 250 times its budget. The film is a first of its kind and ushered in a new way of writing, directing, and filming horror films. The overused script of romantic, fantastical tales of otherworldly monsters and creatures was completely flipped and tossed aside by visionary George A. Romero. As the film’s writer and director, Romero created a new, obvious threat, and one that is universally recognizable – our very own neighbors. Due to an unseen force beyond man’s control, the recently deceased arise from the dead in seek of living human victims. These ghouls kill and feast upon the flesh of their victims, and the only way of stopping them is by destroying their brains.

From 2015 to 2018, Waxwork Records had worked closely with the remaining members of the independent production company that made Night of the Living Dead, Image Ten, in an effort to produce a definitive soundtrack album featuring all music from the film. Much of the film’s music was thought to be lost or destroyed, but was located in its entirety and faithfully restored and re-mastered for vinyl.

Night of the Living Dead vinyl soundtrack is on sale now at waxworkrecords.com; shipping 12/11/18! 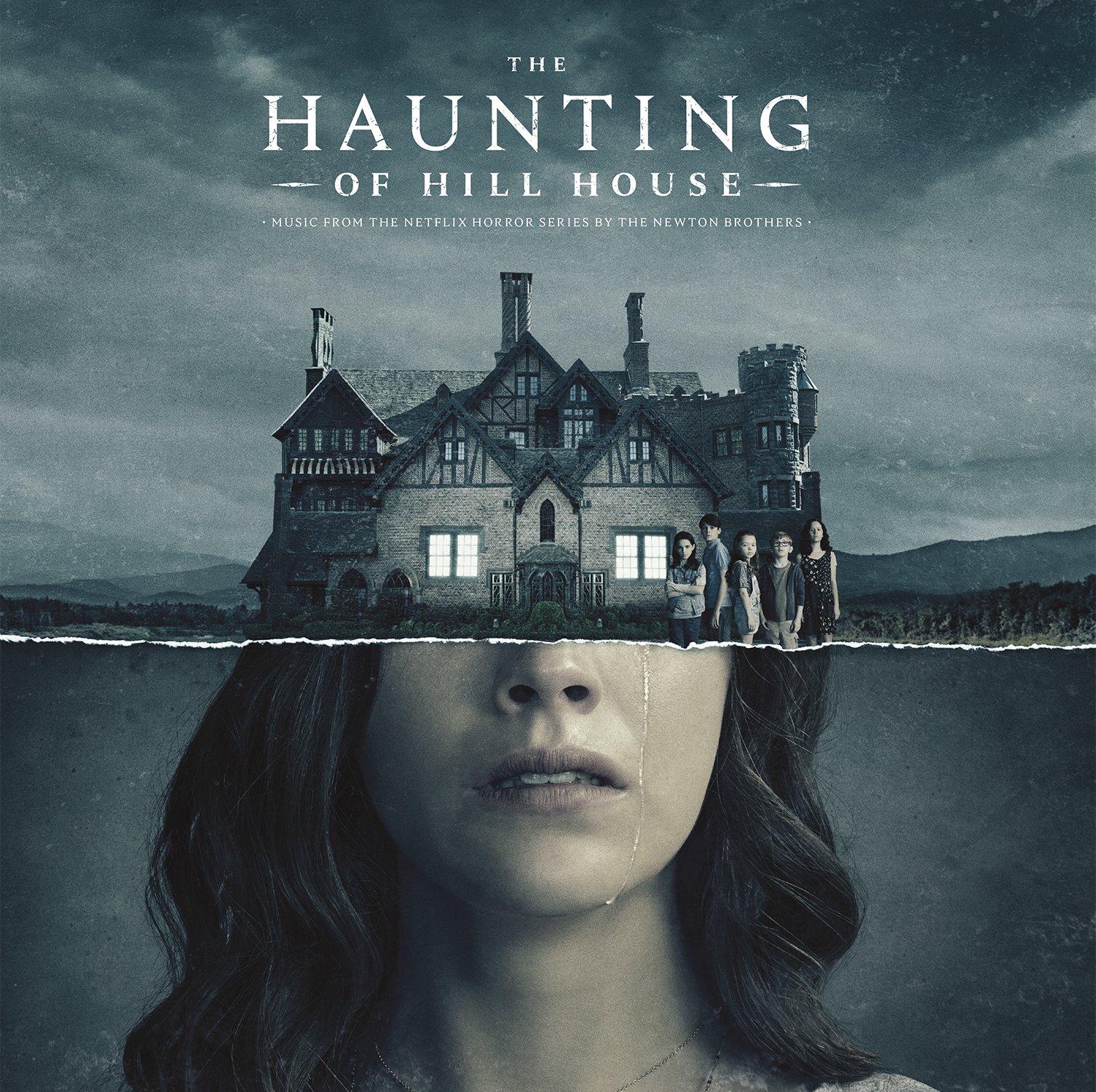 Waxwork Records is also proud to present The Haunting of Hill House music from the Netflix horror series by The Newton Brothers. Originally a 1959 gothic horror novel written by American author Shirley Jackson, The Haunting of Hill House is a multi-episode Netflix horror series directed by Mike Flanagan (Hush, Gerald’s Game) and starring Carla Gugino (Sin City, Wayward Pines) and Henry Thomas (E.T. the Extra-Terrestrial). The series has received critical acclaim and praise, with author Stephen King describing the series as “close to a work of genius.”

The plot centers around The Crain family which consists of a mother, father and five children that temporarily move into the Hill House mansion in 1992. The intention is to renovate the sprawling home and then sell it for a profit in effort to build their very own dream house. Soon after moving into Hill House, they begin to experience increasing paranormal activity that results in a tragic loss and the family fleeing from the house. 26 years later, the Crain siblings and their estranged father reunite after a new tragedy, and they are all forced to confront how their time in Hill House affected each of them.

The superb music to The Haunting of Hill House was composed by The Newton Brothers and features compositions that are a complex blend of ambient orchestral cues and melancholy, haunting piano. The music is effectively hypnotic, ghostly, gothic, and at times, downright terrifying. Waxwork Records is thrilled to release the complete series soundtrack as a deluxe double LP set featuring 180 gram “Haunted” green and blue swirl colored vinyl, design and layout by Aesthetic Apparatus, printed inserts, productions stills, old style tip-on gatefold jackets with satin coating, and deluxe packaging.

The Haunting of Hill House vinyl soundtrack is on sale now at waxworkrecords.com; shipping December 2018!

THE HAUNTING OF HILL HOUSE MUSIC FROM THE NETFLIX HORROR SERIES SPECIFICATIONS: