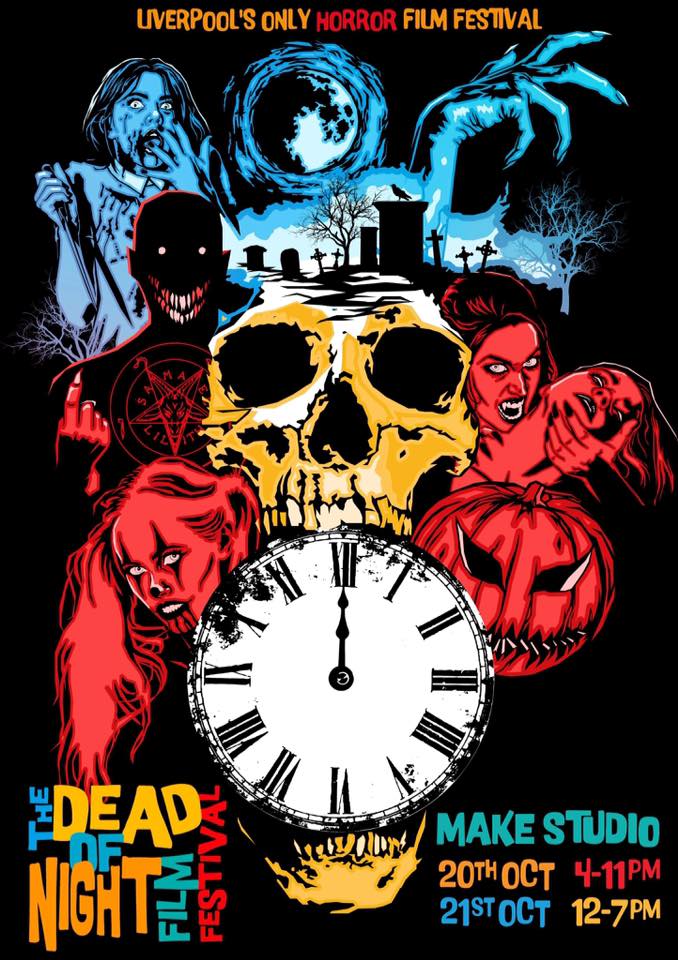 Liverpool Horror Club (LHC) and Two-Headed Snake Entertainment presented their second The Dead of Night Film Festival – this time in Liverpool. For only £10 for the day (£15 for the weekend) you can enjoy three shorts and three feature films, you won’t get that anywhere else. The venue was cosy with a DIY grungy feel to it like most LHC events, and had reasonably priced drinks but sadly no hot food. Between the intervals there was art activities including assemble your own paper pumpkin, and like all LHC events there was a great club atmosphere where everyone is friendly, and you can chat to the people involved in the festival and the films. Now onto the films! 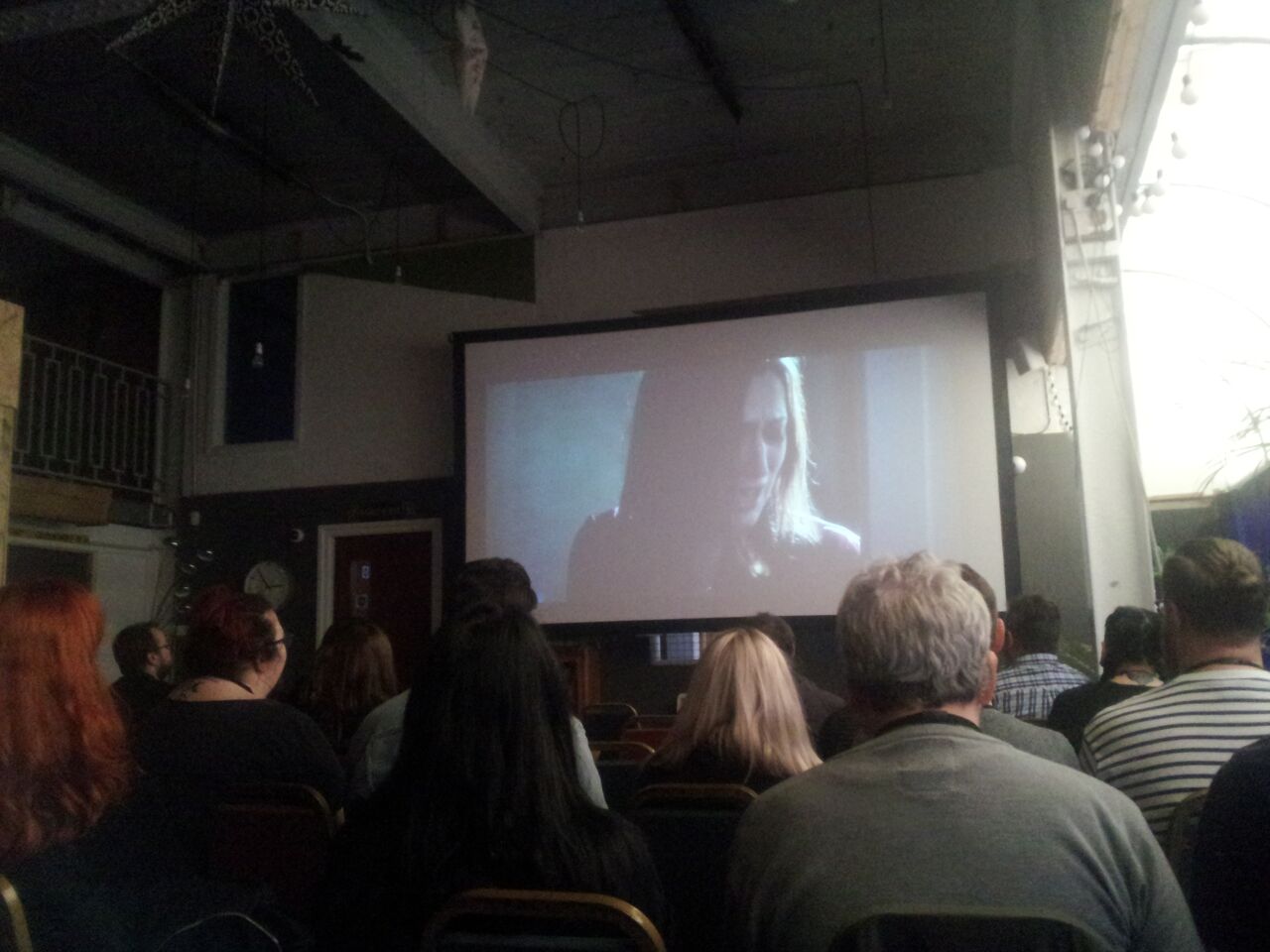 There’s One Inside the House – A simple story with comedy dialogue and great use of stock footage of the monster. A light hearted horror comedy that was a perfect start to the festival. There’s a piranha humanoid monster in the house and a nerd has to get rid of it with only the equipment in the front garden. I must admit I found it odd that Codename: Goose has a hi-tech laptop and radar equipment as she tries to encourage her colleague to battle the creature, but it doesn’t matter it’s entertaining.

Skeletons in the Closet had a catchy theme tune and a unique premise. A girl and her baby sitter are watching a TV show about a wife and her dead husband watching an anthology of horror shorts, which are loosely connected. I love the comedy interaction between the wife and dead husband; the jokes are cheesy but they work. The channel surfing aspect, the horror of the real life circumstances of the girl and her baby sister, and the anthology aspect are all interesting, although make the film confusing in parts. The shorts are odd, generic occasionally, brutal with some plot holes as well as big jumps in believability! (Why let that grandmother mind your child, and what is she?!) The mostly black and white short about a group of criminals hiding out in a haunted junkyard was tense though. 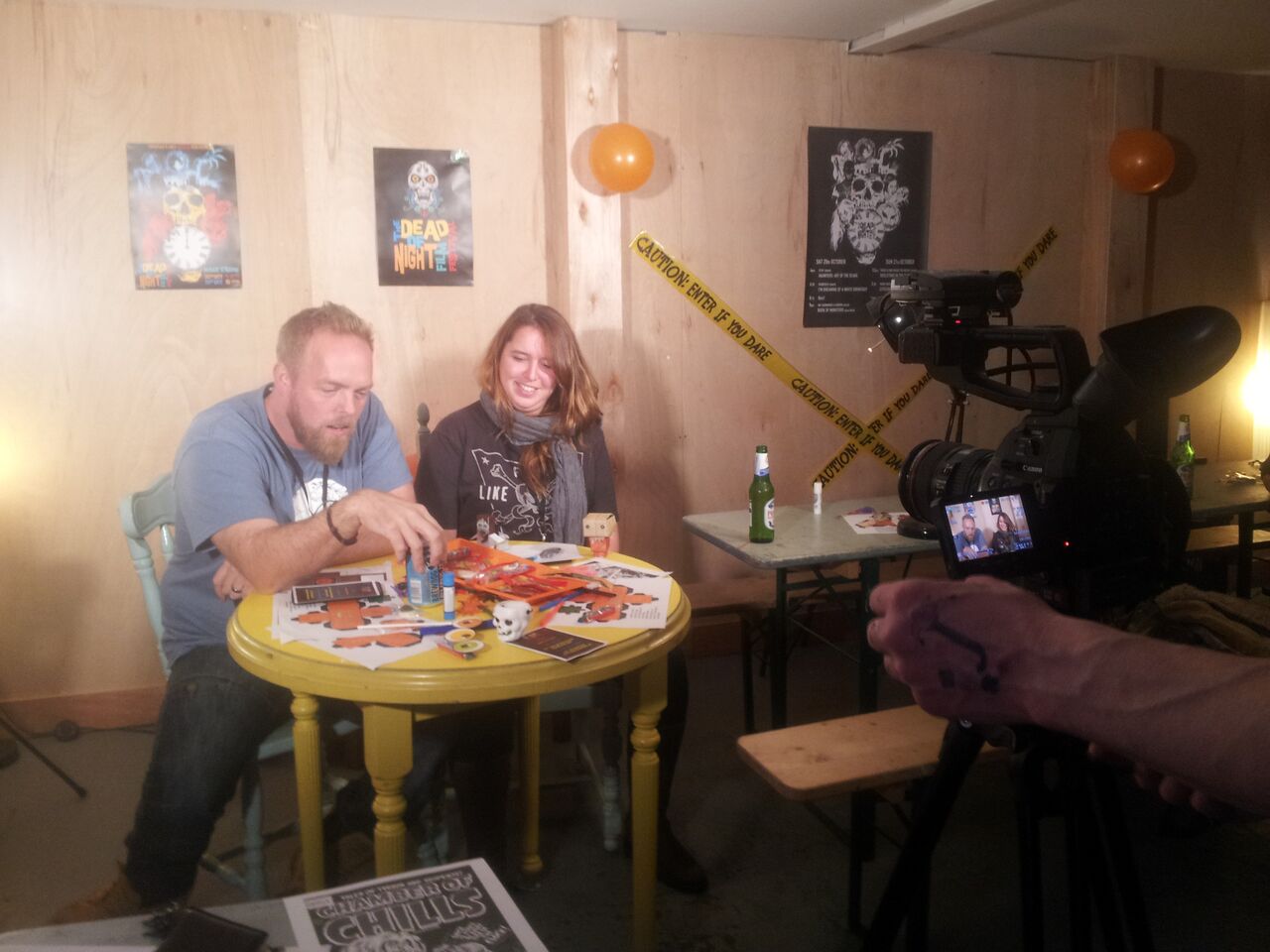 Third Wheel – Another simple comedy horror but this one had more suspense as it was unclear where the horror was going to come from. An OK short about a girl and her date, but it didn’t leave a lasting impression on me apart from the monster design which was ace.

Lifechanger was one of the films I came to the festival for and it didn’t disappoint. A man must body hop every few days or die a painful death. This is more than just a vampirish movie. The man takes over the host body, taking on whatever their role is for a few days, but must then discard the body. This film does a good job of explaining the rules without boring us or revealing everything. The romantic angle is tragic and beautiful with some great performances by Jack Foley and Lora Burke. There’s amazing use of sound to build up atmosphere, and the body hopping scenes are so much more brutal and scary because of it.

An Eldritich Place – A Lovecraft tale about madness and aliens. This was the only foreign language film today but there was very little dialogue, and what there was didn’t make the story any clearer. A man is hired as a night watchman, warned to stay in the building and not enter the garage. Of course he enters the garage and upon opening the car door there’s strange lights and colours that drive him mad. The lack of dialogue meant I didn’t care much for any of the characters. 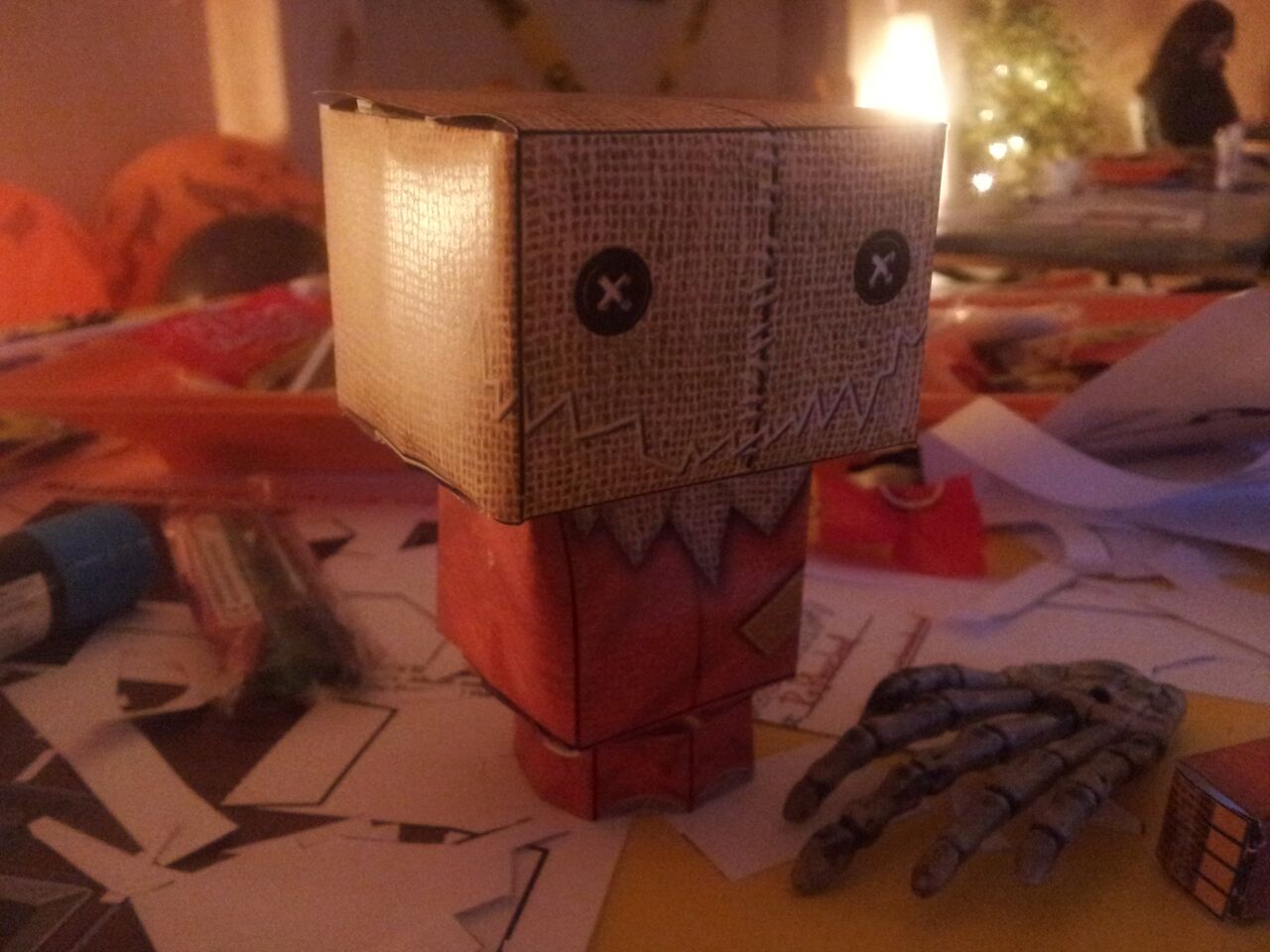 Await Further Instructions was the other film I came to see. An estranged family is locked in their house at Christmas with a TV giving them instructions. The tensest film of the festival with the most developed characters. There are several great performances but David Bradley was probably my favourite as the racist granddad. It is such a different role for him but he excels in it, racking up the friction between the family. The pacing in the film is amazing with each instruction stretching the family’s breaking point more and more. There is a massive twist in the story and some great special effects as well. More than just entertainment this film deals with racism, authority and masculinity, making you wonder what people are really like and what you would do in such a situation. In short, this was my favourite film of the festival.

Overall, this was a very enjoyable event with three films I really enjoyed (There’s One Inside the House, Lifechanger and Await Further Instructions) and a great atmosphere for only £10.