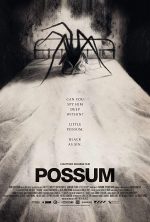 Matthew Holness is best know for his turn as Garth Marenghi, the darkly comic horror novelist that spoofs trashy 70’s British television, but here in his directorial feature debut there’s nothing humorous, in fact things are extremely grim indeed.

What formula he does stick to is keeping with the style of trashy 70’s British horror films. This is a nasty little gem that excels due its two solid performances of the always impressive Sean Harris and veteran Alun Armstrong. Both leads thrash it out in a duel that fully showcases each other’s talents.

The story follows puppeteer Philip (Sean Harris) as he returns to his family home now obliterated by a fire after an either personal, but more so work related scandal that has ended his career. He is met by his seedy reclusive uncle Morris (Alun Armstrong) who’s been living there in its filth ever since. It’s clear from the off that’s there’s an unsavory history between the two, with Philip’s animosity towards his uncle for taking over his home only one of a multitude of things presumably. 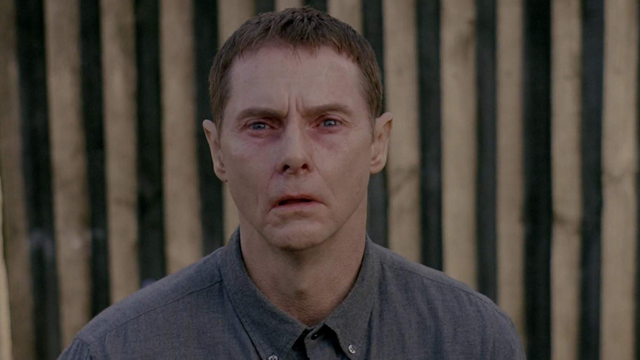 Philip is also haunted by a strange puppet he’s created. A large spider creature with a mans head. He carries it around with him everywhere, trying to dispose of it at every opportunity. Whether it be burning or drowning, unfortunately the puppet keeps reappearing and tormenting Philip.

There’s a side story of an abducted teen with all fingers pointing to Philip because of his shady appearance and his unsettling movements. This was probably the weakest part of the movie and somewhat predictable in what is an outstanding little film. 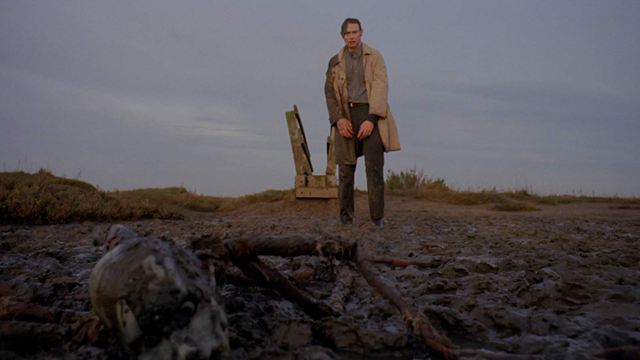 The atmosphere of its characters and landscape is quite stunning and the tension well paced and balanced in what eventually unravels as a metaphorical and quite sad story. I fully believed Holness would deliver a dark comedy with his first feature. I didn’t expect that he’d produce something this atmospheric and bleak which clearly shows his versatility.

Possum is an effective, stark, disturbing film that harps back to British films of the 70’s. It has a timeless quality that could quite possibly become a cult favourite.