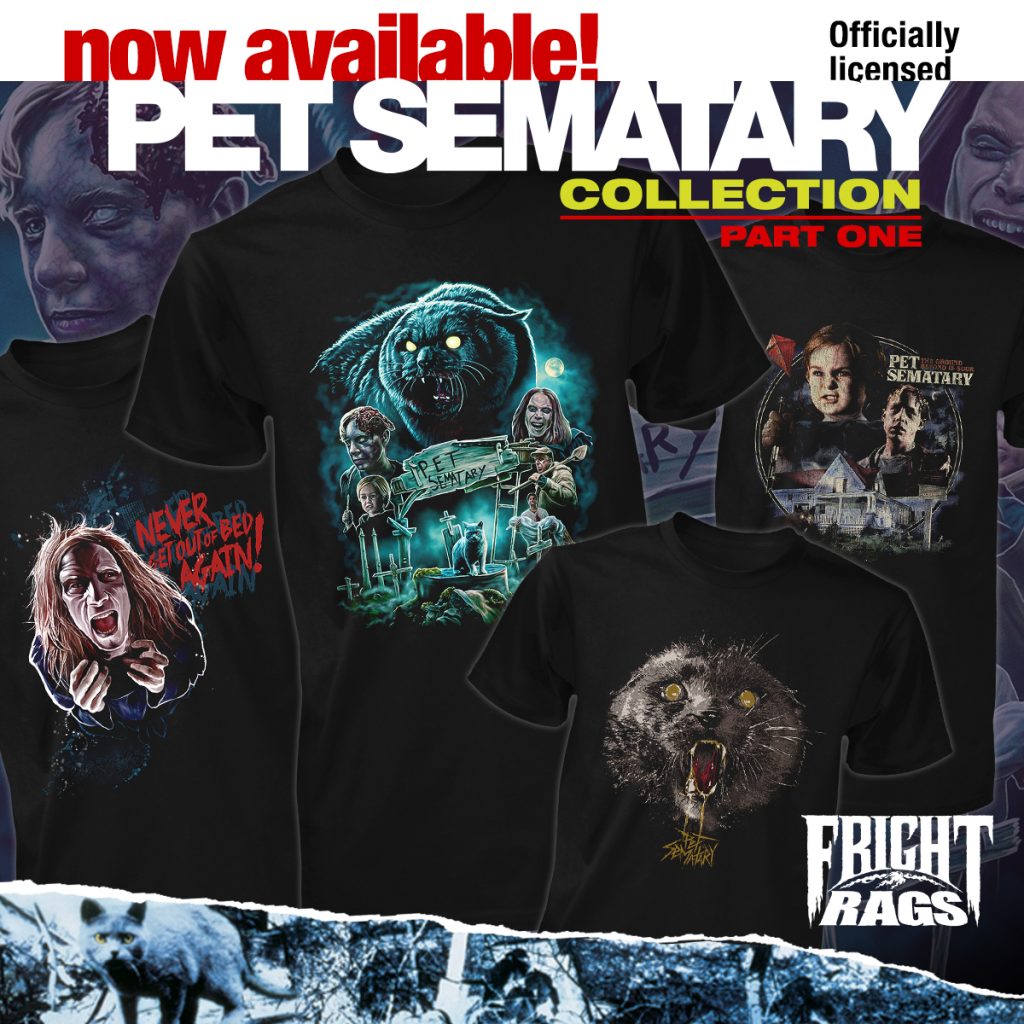 Fright-Rags has explored sour ground to unearth new merchandise from Pet Sematary. All of the nightmarish imagery from the 1989 Stephen King adaptation is represented on four new t-shirts. Sometimes dead is better.

“Do you know what a graveyard really is? It’s a place where the dead speak. The person you put up there ain’t the person that comes back. It may look like that person, but it ain’t that person. ‘Cause… whatever lives in the ground beyond the Pet Sematary ain’t human at all.”

Fright-Rags continues its 50th anniversary celebration of Night of the Living Dead with a new t-shirt, two enamel pins, and a pair of socks from George A. Romero’s seminal classic.

If that wasn’t enough Fright-Rags have also created Dead Neighbors, a short film that imagines what may have inspired Romero as a young boy; featuring a cameo from Night of the Living Dead’s Russell Streiner!

Fright-Rags’ Die Hard merchandise will have you saying “Yippee ki-yay!” throughout the holiday season. The explosive collection includes three t-shirts, a pair of socks, and five enamel pins; including one with swinging action, and another with opening elevator doors.

Pet Sematary, Night of the Living Dead, and Die Hard merch is on sale now at Fright-Rags.com 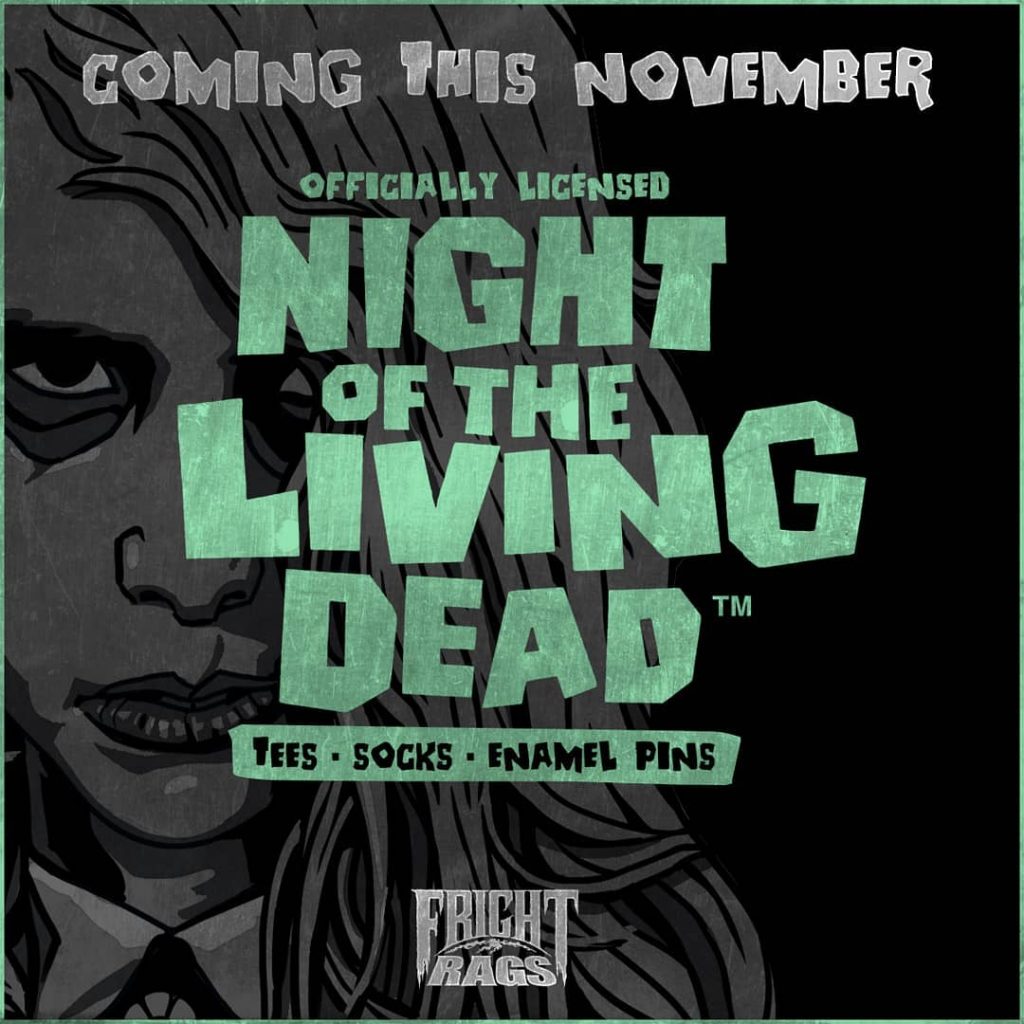 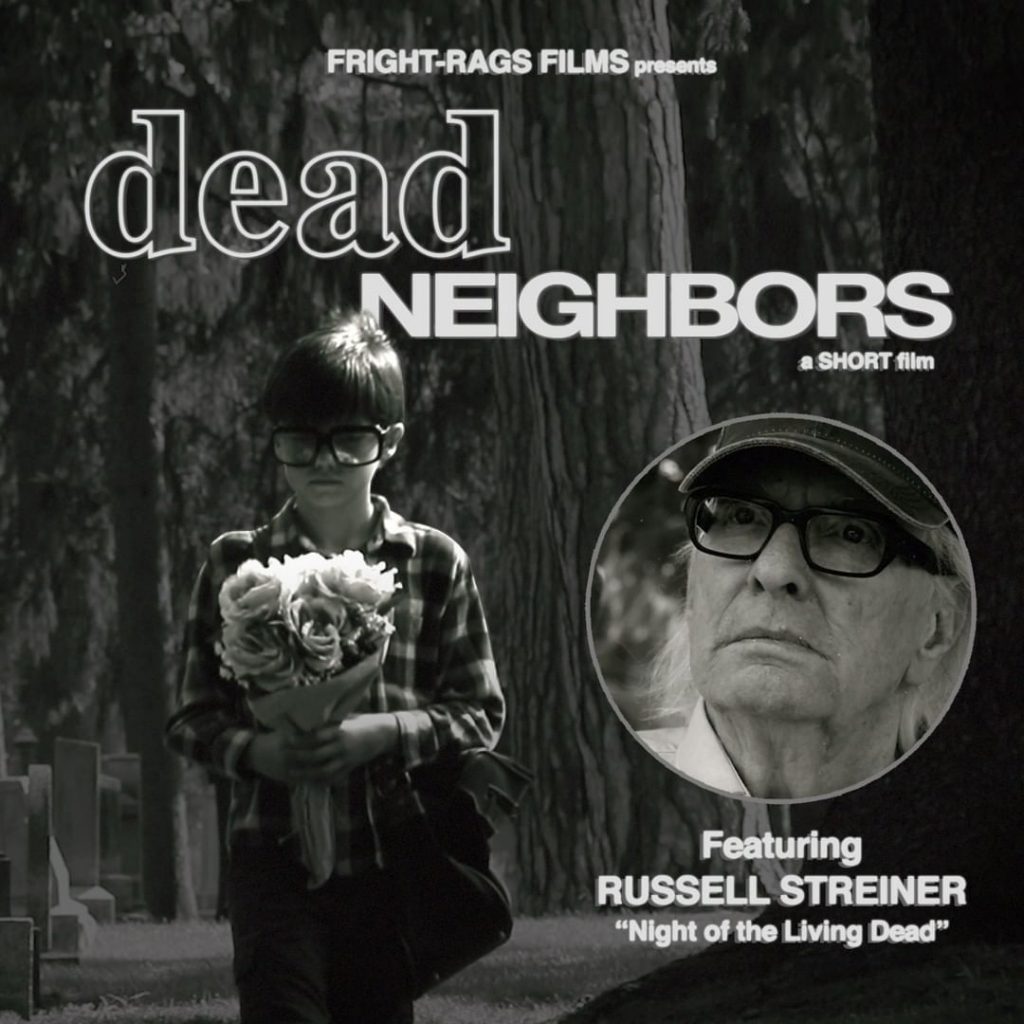 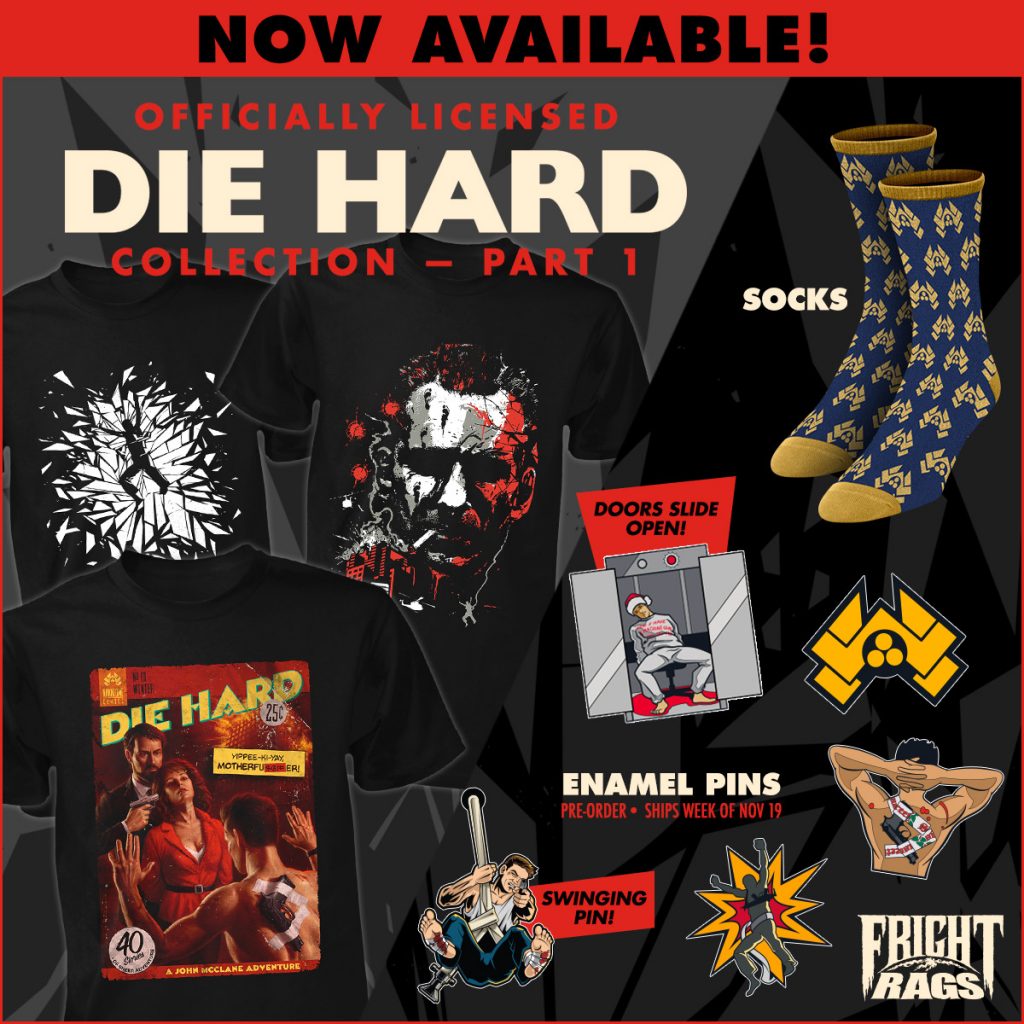