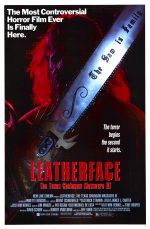 Having bought the rights to The Texas Chainsaw Massacre slasher franchise from The Cannon Group, New Line Cinema, “the house that Freddy built”, began production on a new sequel with the intention of “going back to hard-core horror”. Unfortunately for us gorehounds, New Line Cinema toned down scenes from the original script.

The producers then wanted Leatherface: Texas Chainsaw Massacre III to be granted with an R rating from the Motion Picture Association of America (MPAA). When TCM III was presented to the MPAA, they rated the film X (equivalent to an NC-17 rating today), requiring over four minutes of cuts to gain an R rating approval and a widespread theatrical release.

Years later, TCM III eventually had most of the original cuts reinstated (New Line Cinema cut the original negative due to time constraints, so some scenes are still thought to be lost forever), and yet TCM III is still not the grim toned, ultra-violent return to form that New Line Cinema intended. Don’t get me wrong, I enjoyed Leatherface: Texas Chainsaw Massacre III when it was first released in the United Kingdom (years after it was rejected for theatrical release). It is a solid, underrated sequel in the franchise. But knowing what it could have been, had it not been cut to shreds (in both script and negative), TCM III leaves me with a bad taste in my mouth. 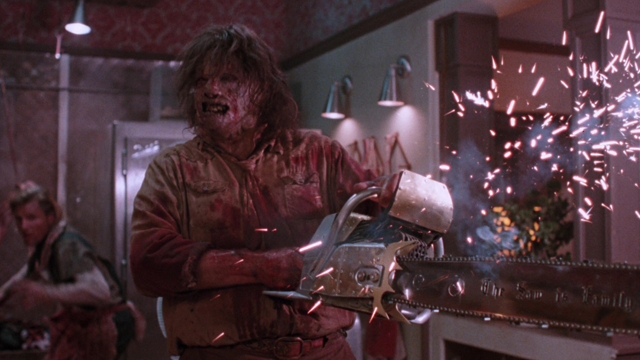 Traveling between California to Florida, through the dirt roads of Texas, Michelle (Kate Hodge – Tales from the Crypt) and Ryan (William Butler – Friday the 13th Part VII: The New Blood) stop at the Last Chance Gas Station, where they are introduced to Tex (Viggo Mortensen – A History of Violence) – who kindly offers them directions – and the station’s sleazeball owner, Alfredo (Tom Everett – Death Wish 4: The Crackdown), who peeps on Michelle whilst she uses the restroom. Tex realises what Alfredo is doing and a fight soon breaks out between them.

Tex berates Alfredo and tells him to shut up. Alfredo responds by grabbing his shotgun, aiming it at Tex, and pulling the trigger; seemingly killing him as Michelle and Ryan flee in their car.

“You shut the fuck up, motherfucker. This is my place! I’ll do whatever I want here in my place!” 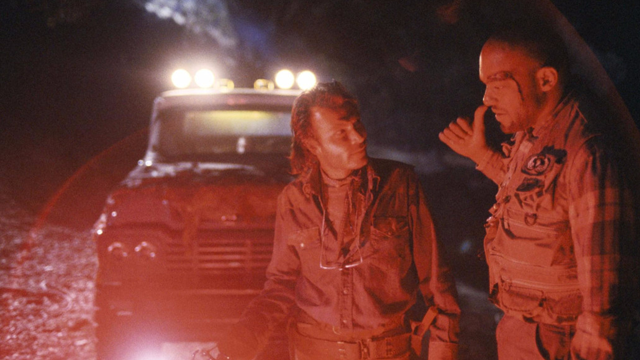 It is not long before both Michelle and Ryan find themselves lost with a flat tire – the directions provided by Tex taking them further into the Texas desert. Stopping at the side of the road, Ryan heads to the trunk to grab the spare, when he is ambushed by Leatherface (R. A. Mihailoff – Pumpkinhead II: Blood Wings) – named because of his dead skin mask – swinging a chainsaw effortlessly in Ryan’s direction. Narrowly avoiding the steal blades of the saw, Ryan and Michelle drive off unscathed… That is until a bloodied Tex leaps in front of their car. Who will survive and what will be left of them? There’s roadkill all over Texas…

Leatherface: Texas Chainsaw Massacre III attempts to bring back the franchise to its unhinged roots, where the saw is family and dire situations lead to viscera. Scriptwriter David J. Schow was no stranger to blood and guts – having written splatterpunk novels, including The Kill Riff (1989), and worked on the screenplay for A Nightmare on Elm Street 5: The Dream Child (1989). If only his and director Jeff Burr’s vision had remained intact. 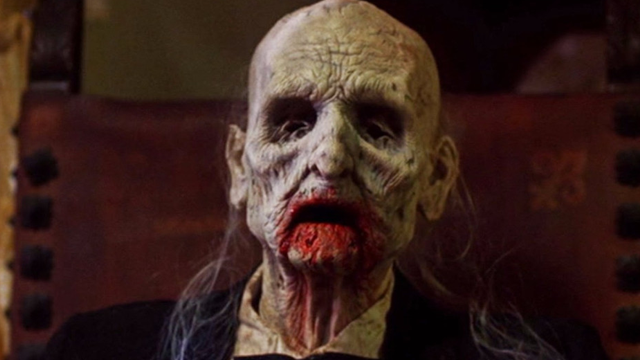 New Line Cinema had approached a few potential directors before settling on Jeff Burr (From a Whisper to a Scream, Stepfather II) a few weeks before shooting began. Burr agreed to direct the film, suggesting that they shoot on 16 mm in Texas, just like the original TCM, and hire Gunnar Hansen to return as Leatherface. But Hansen wouldn’t return, Burr was fired by New Line Cinema, and then rehired after they released no one else wanted to take on directional duties this late into development. Thus began the legacy of Leatherface: Texas Chainsaw Massacre III.

R. A. Mihailoff was hired as Leatherface and is genuinely horrifying in the role – preceded by actors Bill Johnson in TCM 2 and Gunnar Hansen in the original TCM. Kane Hodder also provided stunts as Leatherface, Greg Nicotero and Howard Berger of KNB EFX Group provided the special effects and prosthetic make-up, and Ken Foree (Dawn of the Dead) had a significant role to play – becoming the de facto lead midway through TCM III’s running time. Despite its tumultuous shoot TCM III had all the ingredients horror fanatics and gorehounds craved. Then it was hit with the aforementioned X rating… 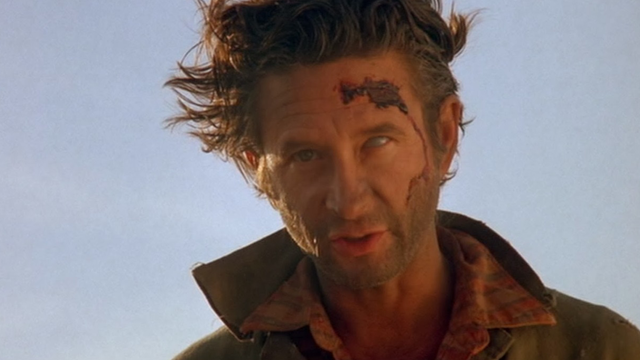 Even after TCM III was edited down to ensure a widespread theatrical release test audiences didn’t react well to the sequel, encouraging New Line Cinema to completely reshoot the ending without Jeff Burr’s knowledge. This unfathomable ending was the final nail in the coffin and upon release TCM III was met with harsh criticism. Regardless TCM III made a profit and – in its unrated form – is still worthy of your time. It is a return to the roots of the franchise, with all the gore you expect from a film with the title Leatherface: Texas Chainsaw Massacre III.

It may not live up to the incredible, albeit pure nonsense teaser trailer that New Line Cinema cobbled together prior to development of the TCM III, but Jeff Burr’s sequel succeeded in its original intent – to make Leatherface fucking terrifying once again! “Some tales are told, then soon forgotten… but a legend is forever!”