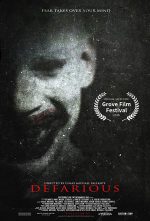 Having no prior knowledge to what Defarious was about or its premise kind of worked in its favour. This eleven minute short from award winning director Chase Michael Pallante plays with the theories of sleep paralysis. We witness one woman’s experiences throughout a night of terror and the emotions and horrific imagery she encounters.

The film is gorgeously shot, with a tinged-blue colour pallet reminiscent of 80’s retro horror, with hints of slasher genre thrown in. Pallante is able to build the atmosphere well with an easy on the eye leading lady – Janet Miranda (as Amy) – and a wonderfully large environment to broaden its scope. As Amy roams the house her visions manifest into a crazed killer or demon, which raises the questions of what’s reality and what’s only in her head. 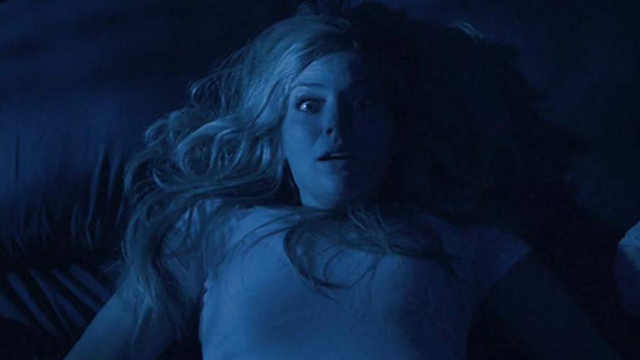 What lets Defarious down ultimately is its concept style of its killer/demon. What should’ve been frightening and sinister more resembles Uncle Fester. Also its score just doesn’t knit well at all. It was incredibly annoying and I personally felt that with a more creepy score it would’ve lifted Defarious up a level.

Overall Defarious hits a few marks. Not as unsettling as it thinks it is, but is a nice nod to the inspired classics of the 1980s.