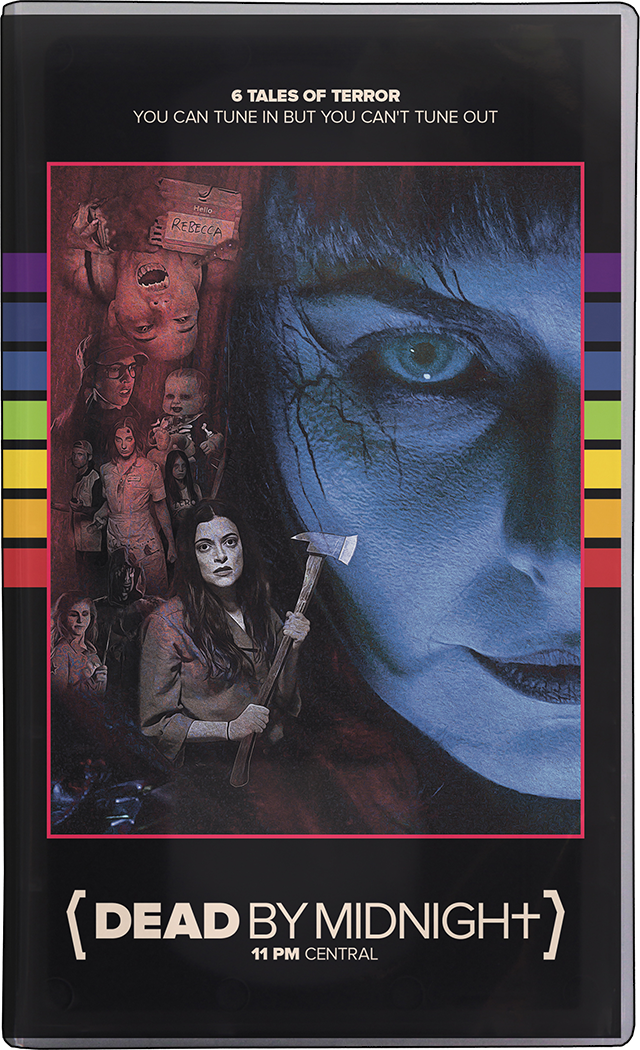 It’s Halloween at WKIZ when the malicious Mistress of Midnight (Erin Brown) arrives to host her annual horror movie marathon, “Dead by Midnight.” When the WKIZ staff begins disappearing only to turn up in the increasingly darker films, it’s up to line producer Candice Spelling (Hannah Fierman) to stop the Mistress of Midnight before her final and most diabolical film goes to air.

Dark Roast and Root of All Evil are a pair of award-winning short films. The two terrifying tales of Halloween horror are directed by Topher Hansson and Alex DiVincenzo, respectively.

In Dark Roast – on Halloween night – Vanessa and Nathan, of the punk band Piss Bucket, have their biggest show yet. All they have to do is kill time until the end of their shift serving coffee. But when bodies start to drop and threatening phone calls from a psycho killer pour in, they soon realise time isn’t the only thing being killed.

This Dark Roast / Root of All Evil limited edition VHS comes with two inserts, allowing viewers to choose which film’s artwork to display. Hosted by “Super Dracula,” the tape features exclusive filmmaker interviews, plus a showcase of indie horror trailers. A digital screening link is included.

Dead by Midnight (11pm Central) and Dark Roast / Root of All Evil are available now on VHS from WitterEntertainment.com 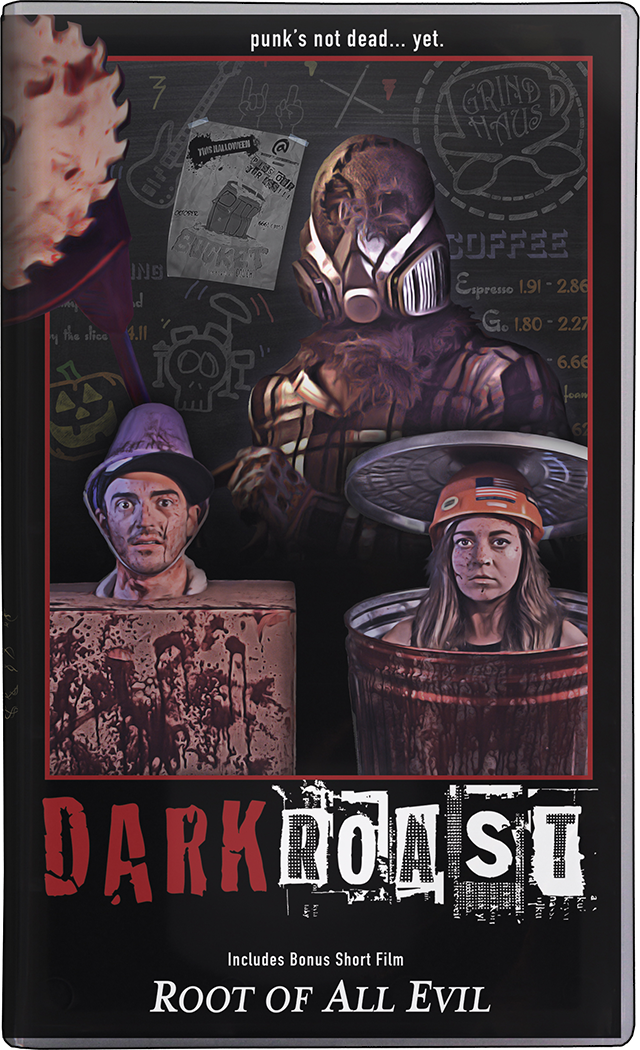 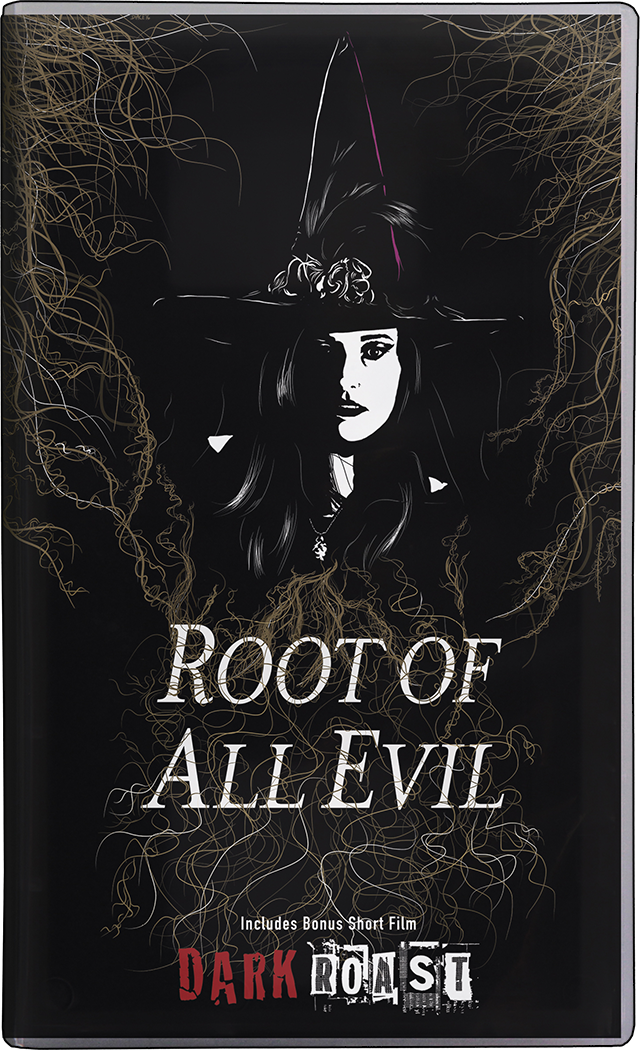