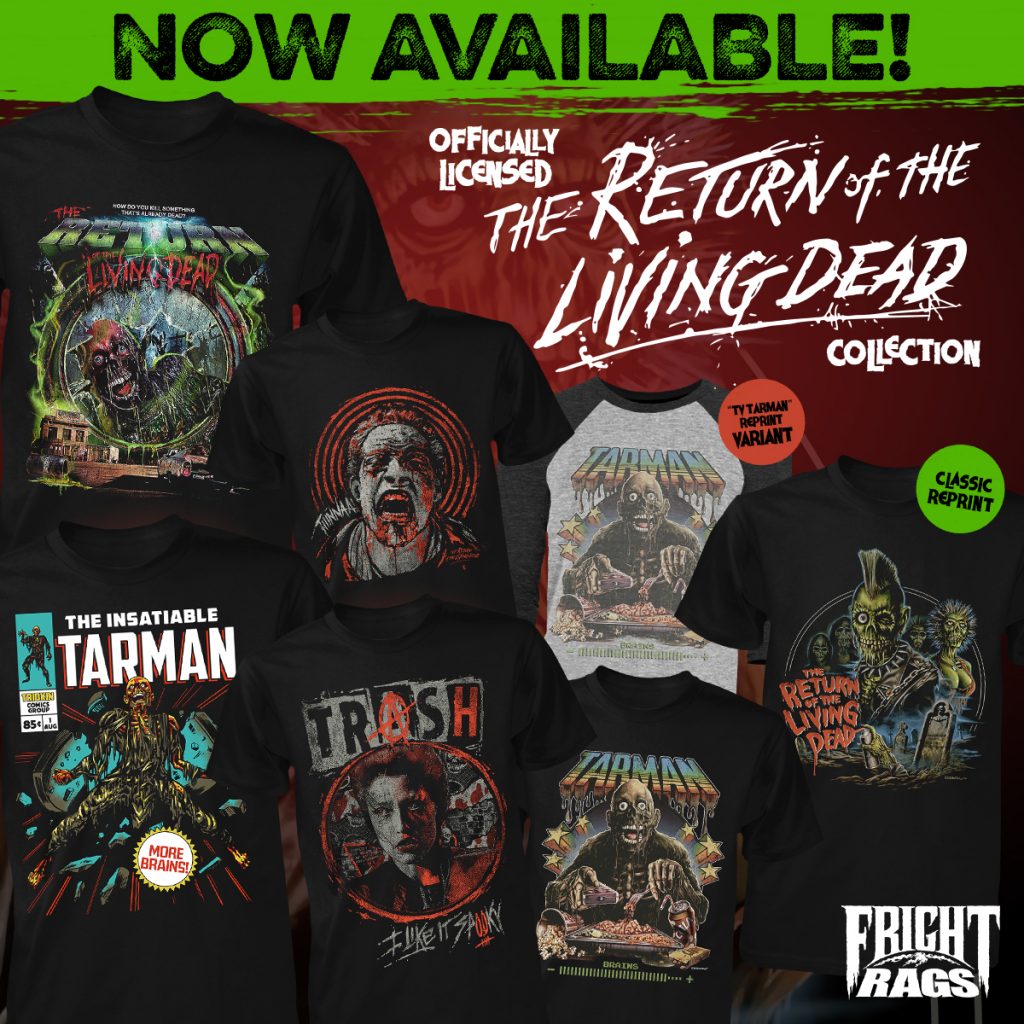 Back from the grave and ready to party, Fright-Rags’ The Return of the Living Dead collection is sure to satisfy your hunger for more brains. It includes four new tees featuring Tarman, Trash, and Freddy, plus a new variant of the ‘TV Tarman’ artwork and a fan-demanded re-print of a classic design.

Ridley Scott’s Alien and James Cameron’s Aliens are two drastically different beasts, but both films are among the most revered in the sci-fi horror realm. Fright-Rags has six Alien/Aliens t-shirts to choose from: three new designs, two classic reprints, and a retro-style official Alien logo.

Also, in honor of the 30th anniversary of Sleepaway Camp II: Unhappy Campers, Fright-Rags has reprinted Justin Osbourn’s design for the slasher sequel. It’s available in men’s and, for the first time, women’s styles.

The Return of the Living Dead, Alien/Aliens, and Sleepaway Camp II: Unhappy Campers apparel is on sale now at Fright-Rags.com “There are some places in the universe you don’t go alone.” 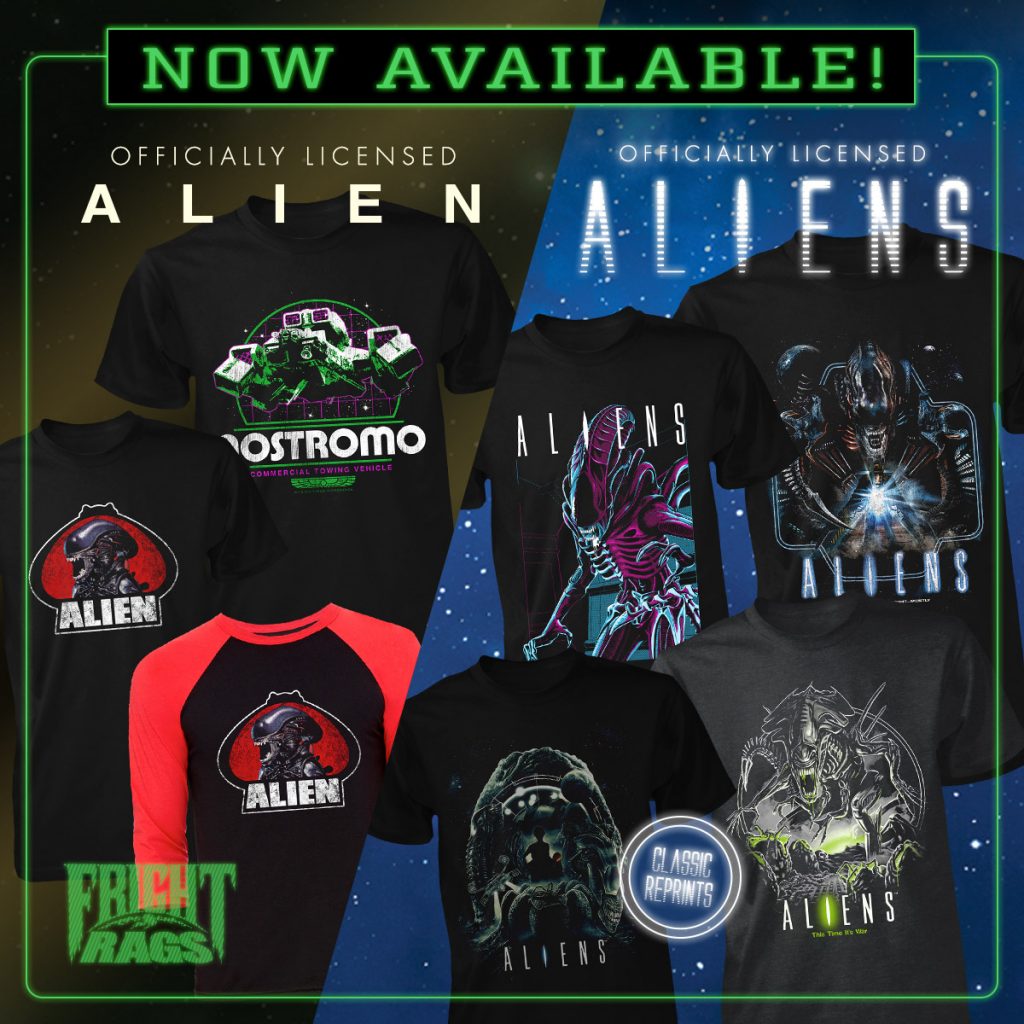 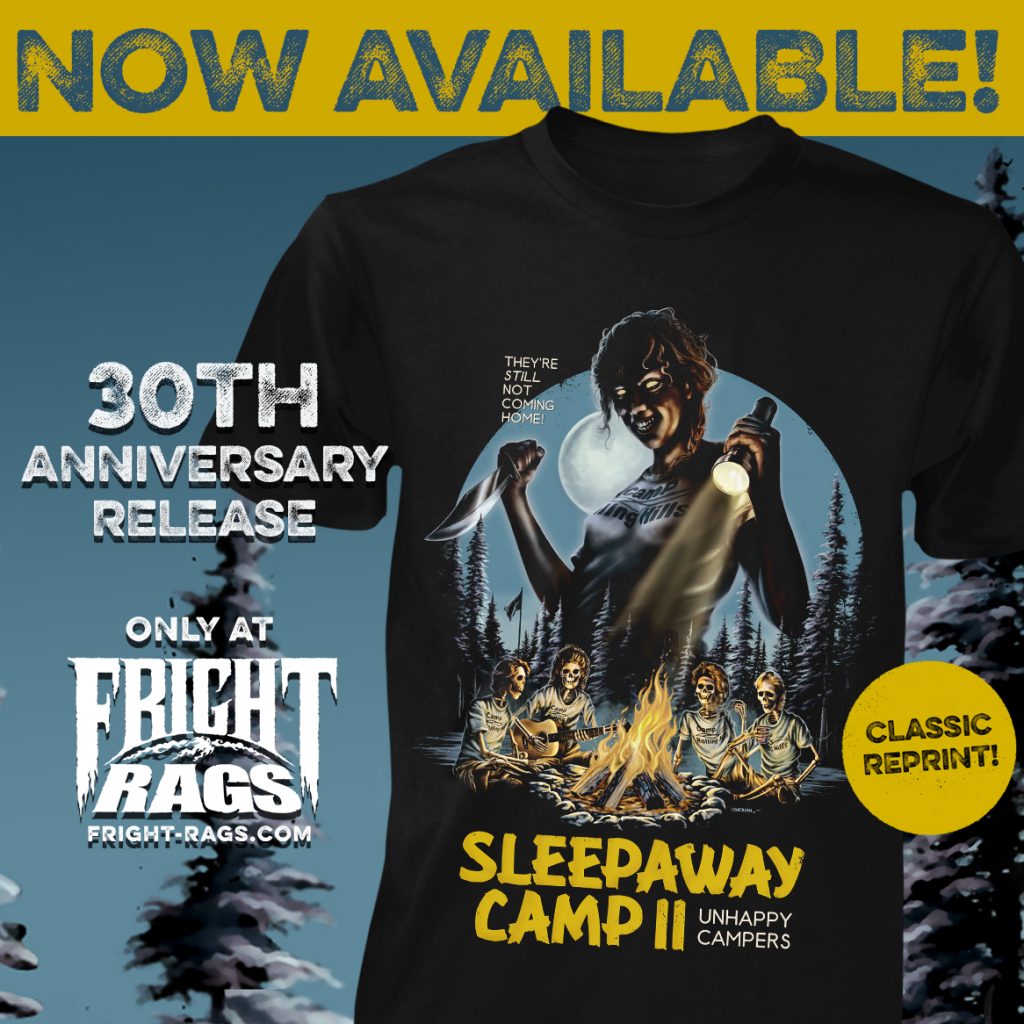