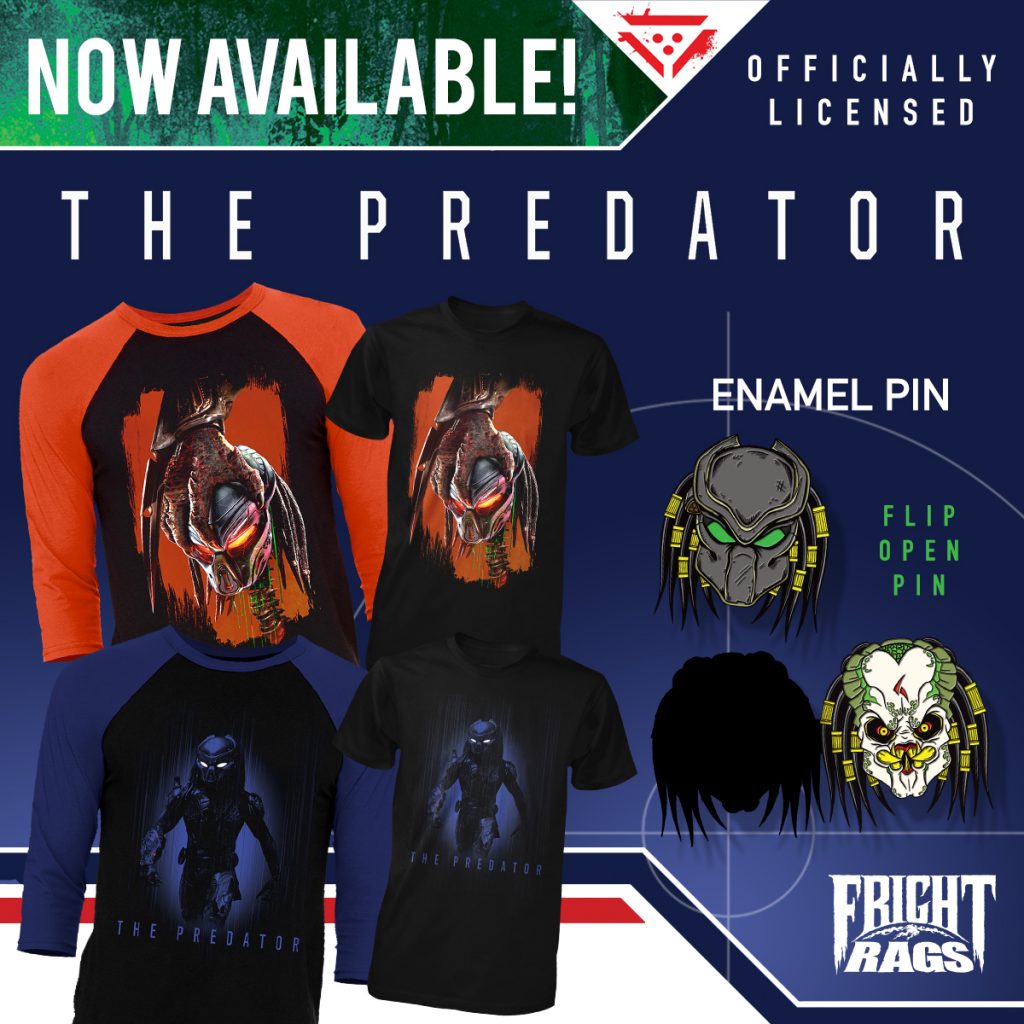 The hunt has evolved in The Predator! Fright-Rags celebrates the release of the newest entry in the Predator franchise – in theaters now via 20th Century Fox – with officially licensed apparel; plus new t-shirts from Teen Wolf and Slashback Video.

The Predator has two official designs from Fright-Rags, both of which are available on t-shirts and baseball tees. There’s also an exclusive Predator enamel pin with a flip-open mask to reveal the ugly mother behind it.

Fright-Rags is also a proud sponsor of Slashback Video. If you’re unable to make it to the video store art exhibition – currently on display at The Mystic Museum in Burbank, CA – you can relive the glory days of VHS with Fright-Rags’ ‘Revenge of Slashback Video’ t-shirt.

The Predator, Teen Wolf, and Slashback Video merch is on sale now at Fright-Rags.com “You are an animal! Woooooo!” 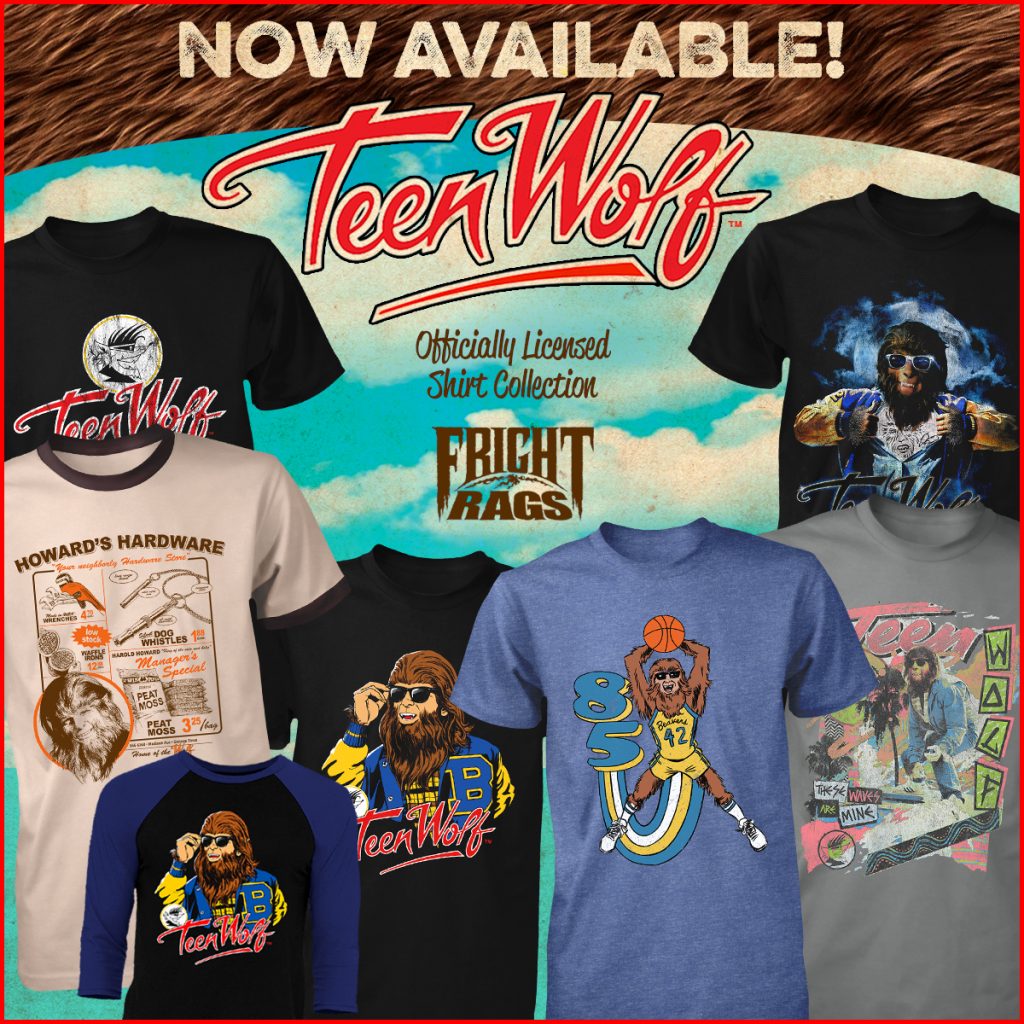 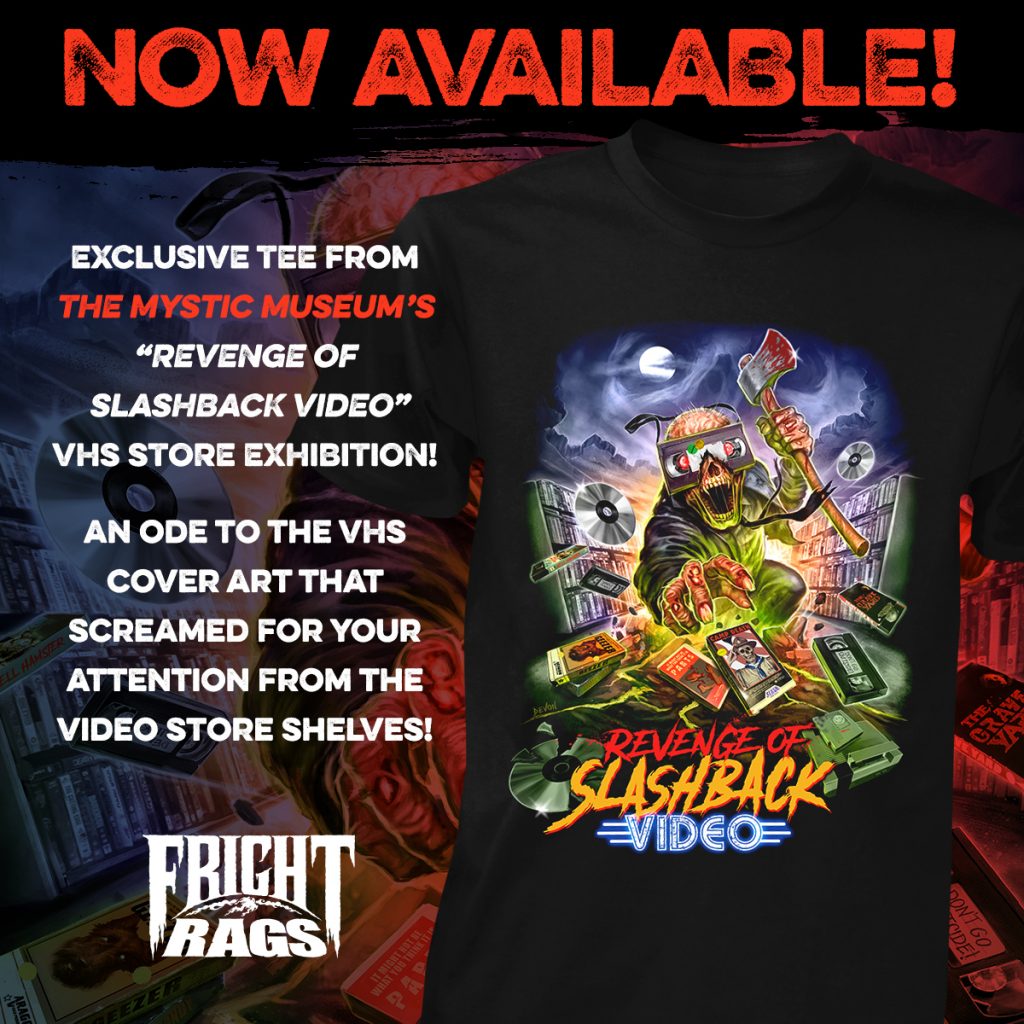