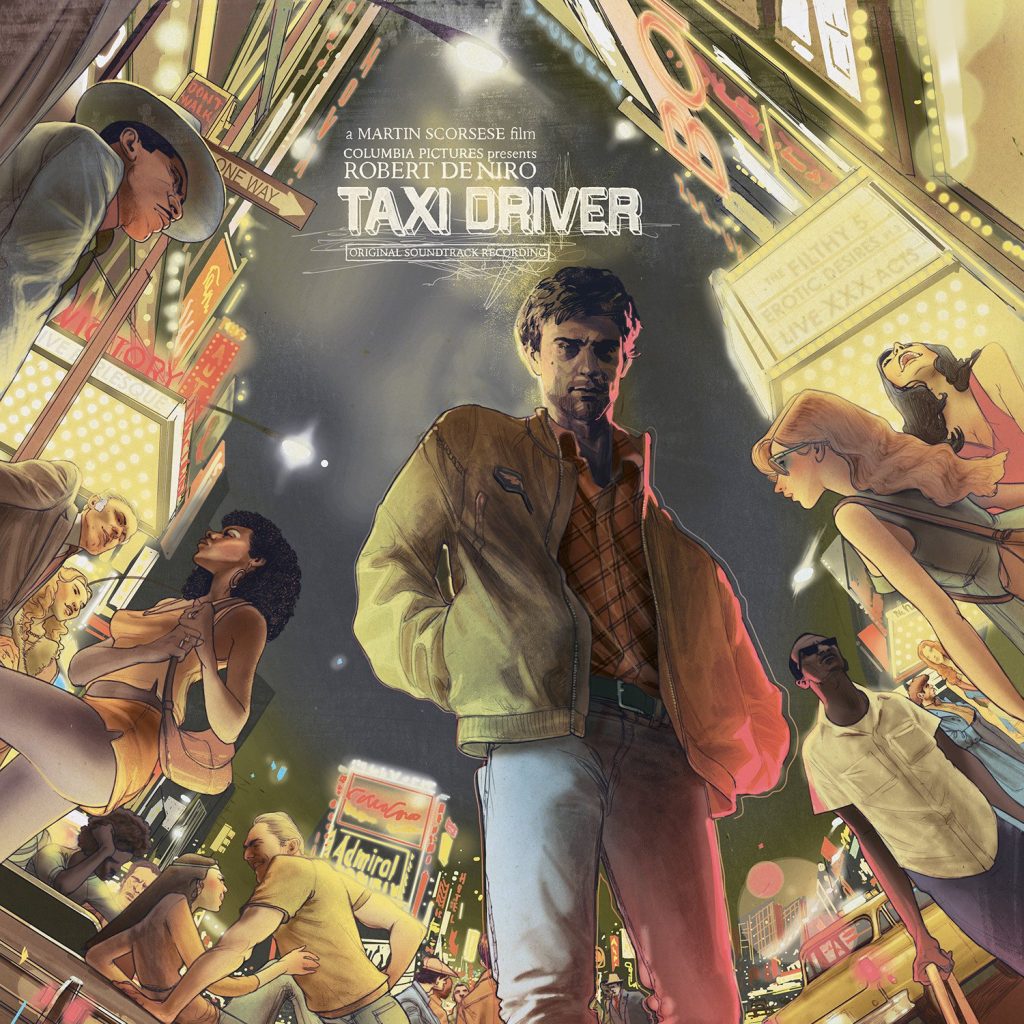 Featuring an all star cast including Robert DeNiro, Jodie Foster, Cybill Shepard, Albert Brooks, and Harvey Keitel, Taxi Driver is regularly cited by audiences, critics, and film directors alike as one of the greatest films of all time. The music by legendary composer Bernard Herrmann was his final score before his death on December 24th, 1975.

Nominated for four Academy Awards, including Best Picture, the film was considered “culturally, historically, and aesthetically significant” by the US Library of Congress and was selected for preservation in the National Film Registry in 1994.

Waxwork Records had the immense pleasure of working with legendary director Martin Scorsese on this 40th Anniversary release to which the director provided new, in depth, and exclusive liner notes. Waxwork presents Taxi Driver as a deluxe double LP featuring the complete and remastered original 1976 film score by Bernard Herrmann on vinyl; with director approved album artwork by Rich Kelly.

Taxi Driver vinyl soundtrack is on sale now at waxworkrecords.com; in stock and ready to ship.