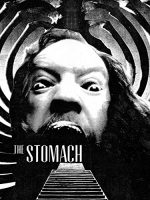 Coerced by his scheming brother and locked away in a grimy upstairs flat, sickly Frank is the talented, money-making half of a peculiar business endeavour in which paying punters communicate with deceased acquaintances via his distended stomach.

With a tube in his mouth and a stethoscope pressed against his grotesque gut (bloated with the manifestations of the dead), good ol’ Frankie acts as a middle-man between this world and the next. Due to the severe pain his ability bestows upon him (and against the wishes of his devious relative), our almost bedridden medium wants out, but a rather sinister customer – an ageing gangster in search of a mysterious package – has other ideas.

A clever mix of gangster thriller, body horror and ghost tale, Ben Steiner’s The Stomach is a faultless 15-minute example of originality. Given the subject matter, it’d be easy for this to descend quickly into farcical spoof comedy territory, but thanks to a consistently high level of talent, it remains chilling and viscerally disturbing. An impeccable cast (lead by the brilliant Peter Marinker) play their well-written parts excellently, while Steiner keeps everything tight, mysterious and dingy as he guides us towards a brutal Cronenberg-style finale and the end of poor Frank’s torture. 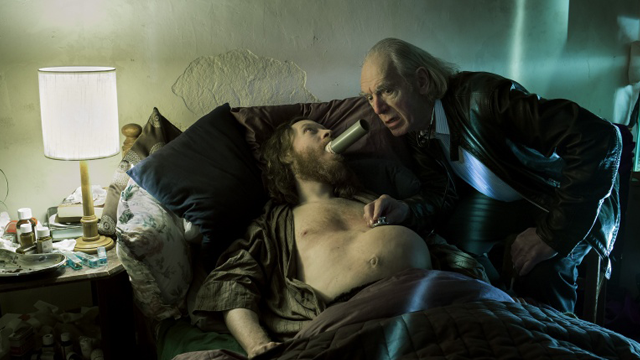 A lesson in atmosphere and tension over pizazz and gimmicks, I was pushed and pulled to the edge of my seat – and held there – by a director I’ll certainly be keeping an eye on. His flair for beautifying the filth and squalor of our protagonist’s surroundings, married with subtle editing and a creeping soundtrack, made this visually troubling take on the psychic ‘profession’ one of my favourite quarter-hours of 2014.