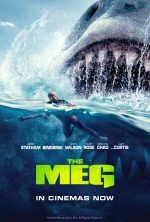 Sometimes you go to the cinema with a certain expectation. After seeing trailers for a film promising non-stop excitement or tear-jerking performances, you buy your ticket and prepare to either be blown away or disappointed. After watching trailers for The Meg I can assure you, that you will get exactly what you expect from this movie featuring Jason Statham and a 75-foot prehistoric shark.

If you want a tense thriller like The Shallows or a hydrophobia-inducing classic like Jaws, then you might want to skip this one. If you are a fan of B-movies that have just enough self-awareness to be fun, then you will definitely enjoy this film.

The Meg starts off with a more serious tone as it focuses on Jason Statham’s character, Jonas. After an intense deep sea rescue operation where he first encountered the giant creature, the team’s doctor dismisses him as an insane person and he then retreats to Thailand where he becomes an alcoholic bum. Later on, Jonas is called to help his ex-wife escape from a disabled sub thousands of meters down in a previously undiscovered trench that contains strange sea-life. During the rescue operation, the team encounters a giant shark, previously thought to have been extinct for millions of years. This shark follows them out of the trench and begins to chomp on everything in sight and the heroes of the film have to hunt down the prehistoric beast before it turns the ocean into its own personal all-you-can-eat buffet. 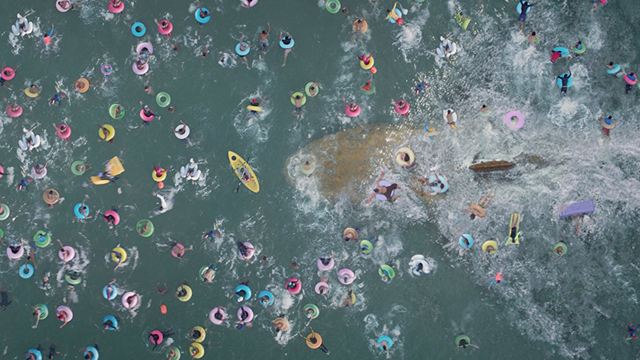 The Meg begins to pick up the pace as Jonas and the scientists get on a boat and hunt for the creature. They are joined by Rainn Wilson, who plays the rich billionaire financier who wants to get rid of the shark before it becomes bad PR for him. Wilson’s presence lightens up the overall mood and many people in the theater were laughing with delight at some of the cheesy dialogue and terrible deaths of the secondary characters. Jonas and Suyin, an oceanographer played by Bingbing Li are supposed to have some sort of romantic sub-plot and it comes across so awkwardly and forced that it also produced several laughs from the audience. 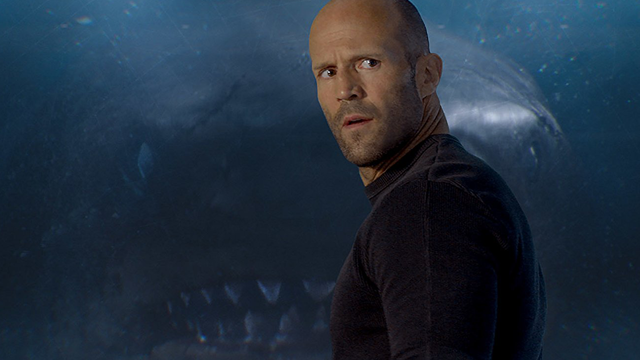 In the latter half of the film, The Meg becomes more self-aware and tongue-in-cheek, as any giant CGI monster movie should. From Jason Statham singing “just keep swimming” from Finding Nemo as he swims out towards a giant shark fin, to Rainn Wilson trying to blow up the megalodon with dynamite, to the ending title card of the film being Fin”, the overall silliness made the movie very fun to watch. One of the best scenes featured a small Yorkshire terrier named Pippen desperately trying to dog-paddle back to the boat before it becomes shark food. During this scene, the whole theater erupted with gasps and giggles as the dog’s frightened owner shouts “Pippen! Pippen!” while a giant shark fin closes in. A man sitting near me joined in, shouting “Swim Pippin!” 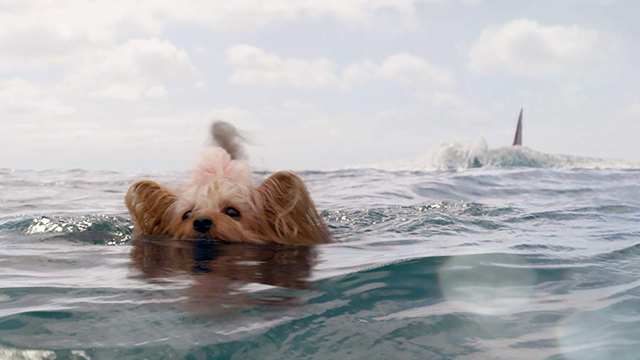 Despite the silly moments the film actually delivers a few decent jump-scares. There are a few scenes where our heroes find themselves in the water frantically looking for the nearby shark that is just out of sight in the dark murky water and they are very effective scares. There are also plenty of scenes where it is completely obvious that a character is about to be killed and you can’t help but wait in anticipation for the megalodon to burst out of the water.

The Meg is definitely a B-movie and this is in no way a bad thing. Sometimes you are in the mood for a nice glass of wine and an Oscar-nominated drama, other times you are in the mood for some cheap beer and a fun movie that you will riff on with your friends like you’re in an episode of Mystery Science Theater 3000. I had a very fun time watching The Meg and I feel like the people in the theater with me did as well. It is for sure one of the worst films of the Summer, in the best possible way.