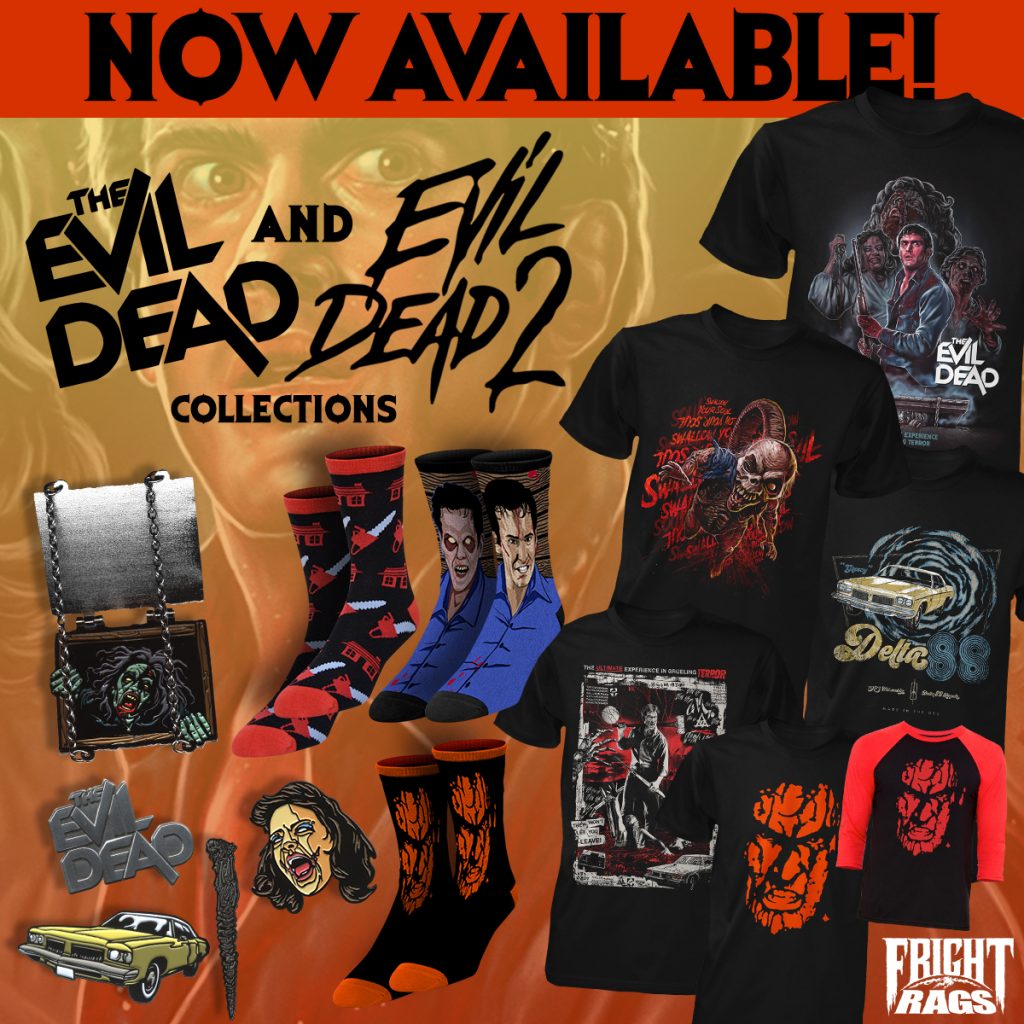 “Legend has it it was written by the dark ones. Necronomicon Ex Mortis. Roughly translated – Book of the Dead.” 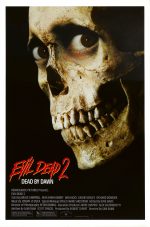 Few films and their sequels are as equally revered by fans as The Evil Dead and Evil Dead 2. Whether you prefer Sam Raimi’s 1981 indie horror landmark or his black humor-injected 1987 sequel, Fright-Rags returns to the cabin in the woods with three new t-shirts, reprints of two classic designs, three pairs of socks, and five enamel pins – including a recreation of the cellar door that opens and closes with real dangling chains.

You are also cordially invited to spend an evening with Fright-Rags, Roger Cobb and his friends. Don’t come alone! Horror has found a new home…

Four t-shirts have been created for House and House II: The Second Story, including one tee in the style of a vintage double-feature newspaper advertisement. Ding dong, you’re dead.

Finally Fright-Rags comes out to play with The Warriors collection. Choose from four new t-shirts from Walter Hill’s 1979 cult classic, ranging from new designs to the official poster artwork. You warriors are good. Real good.

Join us at Fright-Rags.com, where the The Evil Dead/Evil Dead 2, House/House II: The Second Story, and The Warriors collections are available now. “Can you dig it?” 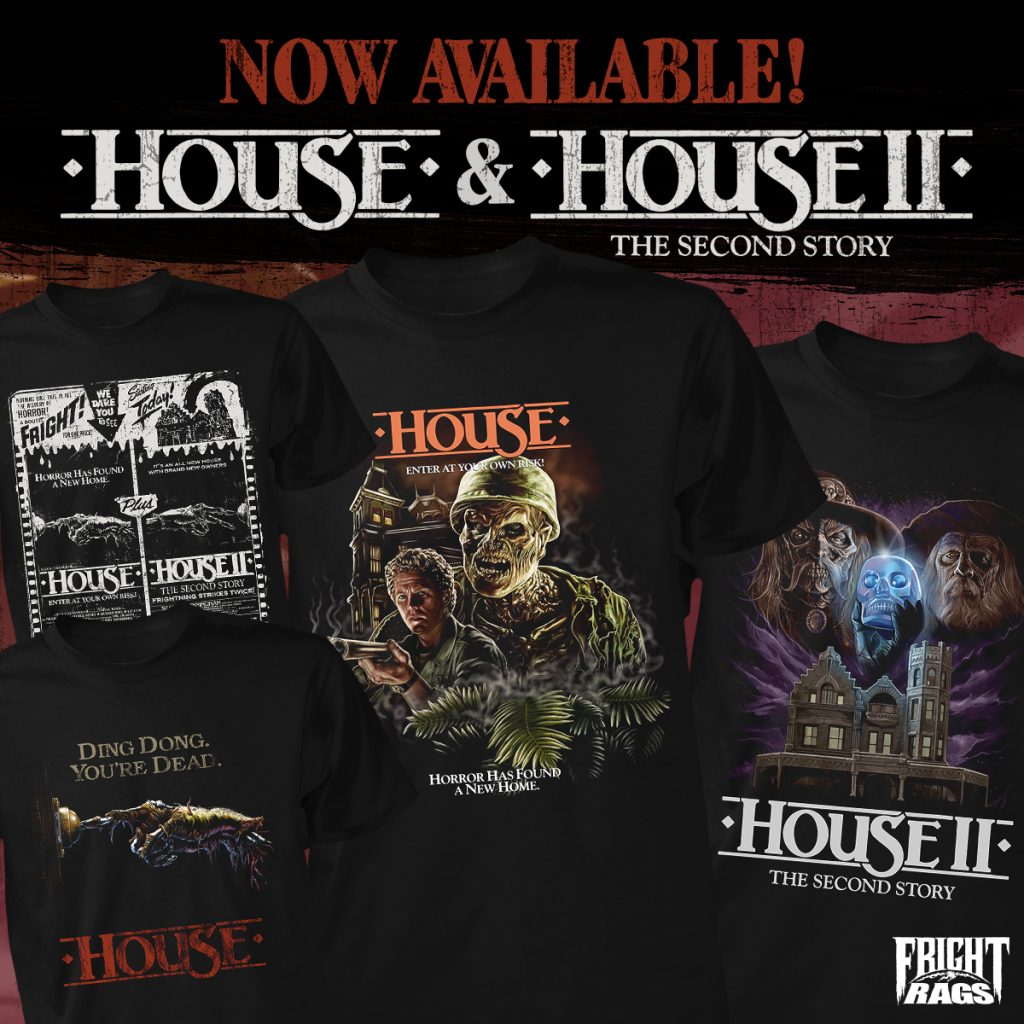 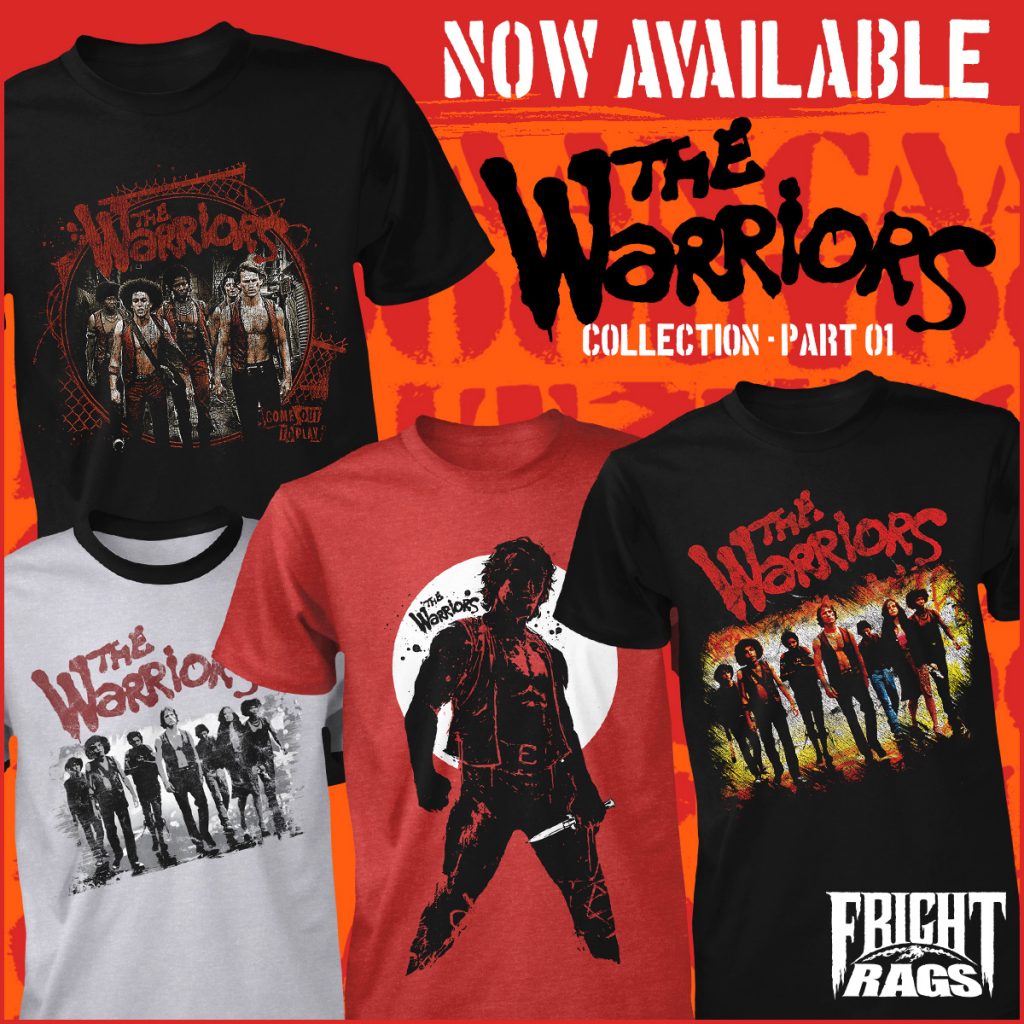