One of very best films to weave London into its horrific story is Gary Sherman’s cult classic Death Line (aka Raw Meat) from 1972. The movie starred British horror icon Donald Pleasence (Halloween), who gives a brilliant performance as an idiosyncratic police inspector hot on the trail of a nest of inbred subterranean cannibals. When a philandering politician goes missing on the Underground, the subsequent police investigation uncovers a terrifying secret kept hidden since the 1800s. Who – or what – is turning the Underground tunnels into a ‘death line’?

A quality film and long-time cult favourite, Death Line features stylishly grim imagery from Oscar-nominated cinematographer Alex Thomson and a rumbustiously sleazy soundtrack from Wil Mallone and Jeremy Rose. If you needed any more encouragement, the film also stars horror veteran Christopher Lee, making Death Line the only film where you can see the two greats of British cinema in the same scene. To celebrate the long-awaited UK Blu-ray debut of this notoriously violent horror classic, we’re delving into the dark past of London on screen. Mind the doors… for danger of death! 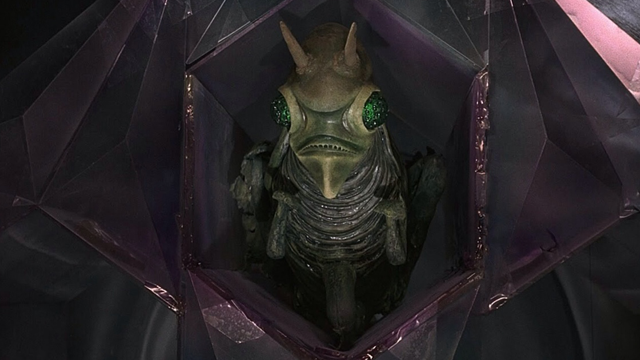 Quatermass and the Pit (1967)
Directed by Roy Ward Baker.

aka Five Million Years to Earth

Roy War Baker’s sci-fi horror classic Quatermass and the Pit, like a few films in this feature, explores the subterranean horrors that might lurk just next to us every time we take a ride on the tube. The film was Hammer’s third entry into the Quatermass cycle, following The Quatermass Xperiment and Quatermass 2 and it starred Ander Keir in the titular role of Bernard Quatermass. The story concerns an alien spacecraft that’s found during the construction of the fictional Underground station ‘Hobbs End’. Of course, once the spacecraft is disturbed all manner of scary Martian mayhem breaks loose, brought to life by some awesome 60s special effects. With a totally bonkers third act and even some Satanic mythology thrown in for good measure, Quatermass and the Pit is a classic slice of Hammer horror that all fans of British genre cinema should endeavour to see. 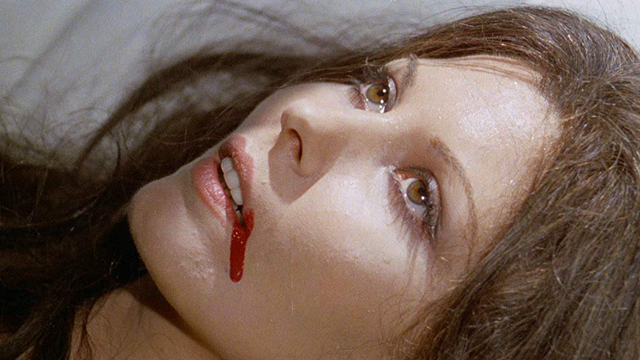 All the Colours of the Dark (1972)
Directed by Sergio Martino.

aka They’re Coming to Get You

Of all the Italian giallo films set in London, All the Colours of the Dark is perhaps the best at weaving urban paranoia into every part of the city. From the tube, to the parks and even onto the rooftops, director Sergio Martino puts you in the thick of it while filling each space with dread. All the Colours of the Dark features the A-list of Italian genre cinema actors including Ivan Rassimov (The Strange Vice of Mrs. Wardh), George Hilton (The Case of the Scorpion’s Tail) and the ever-gorgeous Edwige Fenech (The Strange Vice of Mrs. Wardh), all embroiled in a complex plot of Satanic panic that strongly echoes Rosemary’s Baby. The chilling score by Bruno Nicolai tops off a beautiful and hypnotic film that deserves to be recognised alongside other Italian horror greats like Suspiria (1977) and The Beyond (1981). 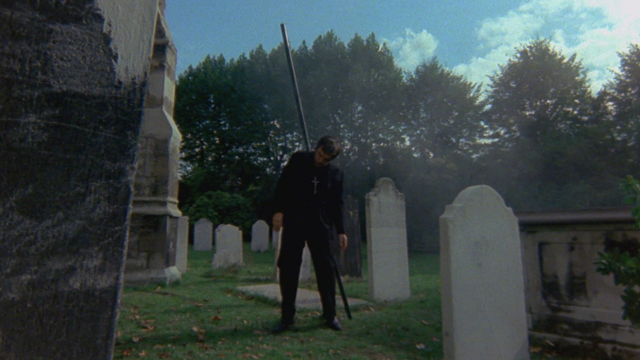 For anyone looking to get some good photographs of London film locations in horror movies, they need look no further than Richard Donner’s horror masterpiece The Omen. The film tells the story of Damien, a child replaced at birth when another child dies… but the boy just happens to be the son of the Devil. His adoptive father is wealthy American diplomat, providing the perfect opportunity for the antichrist to flourish in a position of political power as he grows up, helped along the way, of course, by a Satanic cult. In one memorable scene, a priest (memorably played by second Doctor Who Patrick Troughton) is impaled by a falling church spire, and today fans can still visit the exact spot at All Saints Church where he is skewered. The Omen is a true classic of horror cinema that is rightfully deserving of its place on many critics’ ‘best of’ lists. 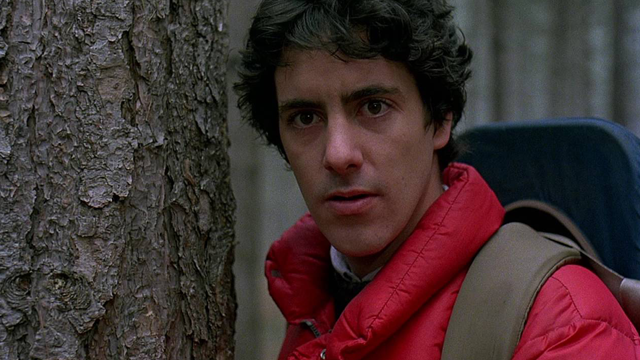 An American Werewolf in London (1981)
Directed by John Landis.

What’s the first horror film that springs to mind when you think of the words ‘London’ and ‘horror’. It’s probably An American Werewolf in London, after all it does mention the great city in the title. Jon Landis’ 1980s werewolf hit uses multiple locations across the capital to tell its tale of a werewolf gorging itself on the unsuspecting public. The film’s iconic climax is an epic showdown between man and wolf in the bustling Piccadilly Circus. In order to obtain the documents necessary to shoot there, Landis invited 300 members of the Metropolitan Police to watch his movie The Blues Brothers and they enjoyed it so much he was granted a licence. The film also features a killer soundtrack of wolf-related music and some astonishing practical special effects, which have helped sealed its place as one of the most memorable and best-loved horror films of all time. Just don’t watch on a full moon! 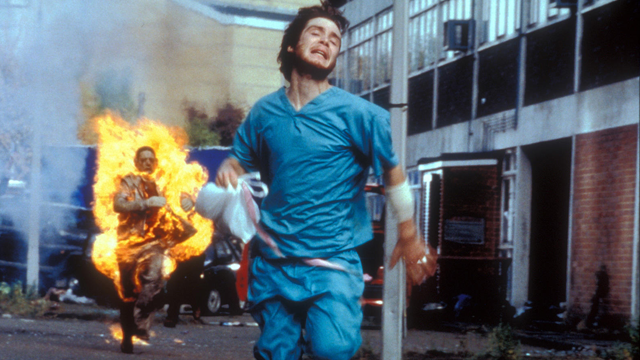 Some of cinemas most iconic shots of the London landscape are captured in Danny Boyle’s 28 Days Later. When Jim (Cillian Murphy) wakes up in the deserted St. Thomas’ Hospital, he walks out into central London to find destruction on the empty streets. The stunning shots taken of the usually crowded Westminster Bridge, Piccadilly Circus and Oxford Street had to be taken 45 minutes at a time, often early in the morning or late at night with the areas sealed off to ensure they appeared totally isolated. 28 Days Later is a modern masterpiece that reinvigorated the zombie film, taking a fresh and cerebral approach to depicting the undead and the aftermath they inflict on the world. Fail to watch at your peril! 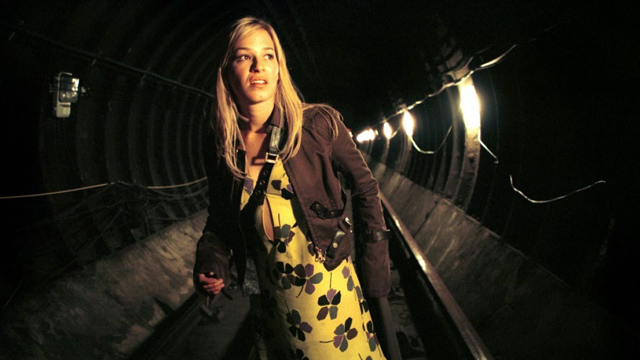 The London Underground is the setting for another terrifying outing in Christopher Smith’s Creep, an independent horror strongly influenced by Death Line. Once again, a cannibal is feasting on the poor souls who travel on the tube but Creep’s focus is with the plight of one woman (Maxine Peak), as she’s hounded by a deformed killer through the dark passages beneath London town. The Charing Cross station where much of the film is set is actually a disused platform on the Jubilee Line that was closed in 1999. Despite this, however, London Transport initially banned the film’s poster (depicting a bloody handprint on a tube train) from the Underground as being in bad taste. If you’re on the hunt for a cinematic reflection of the horror experienced by London commuters every day… then Creep is the film for you.