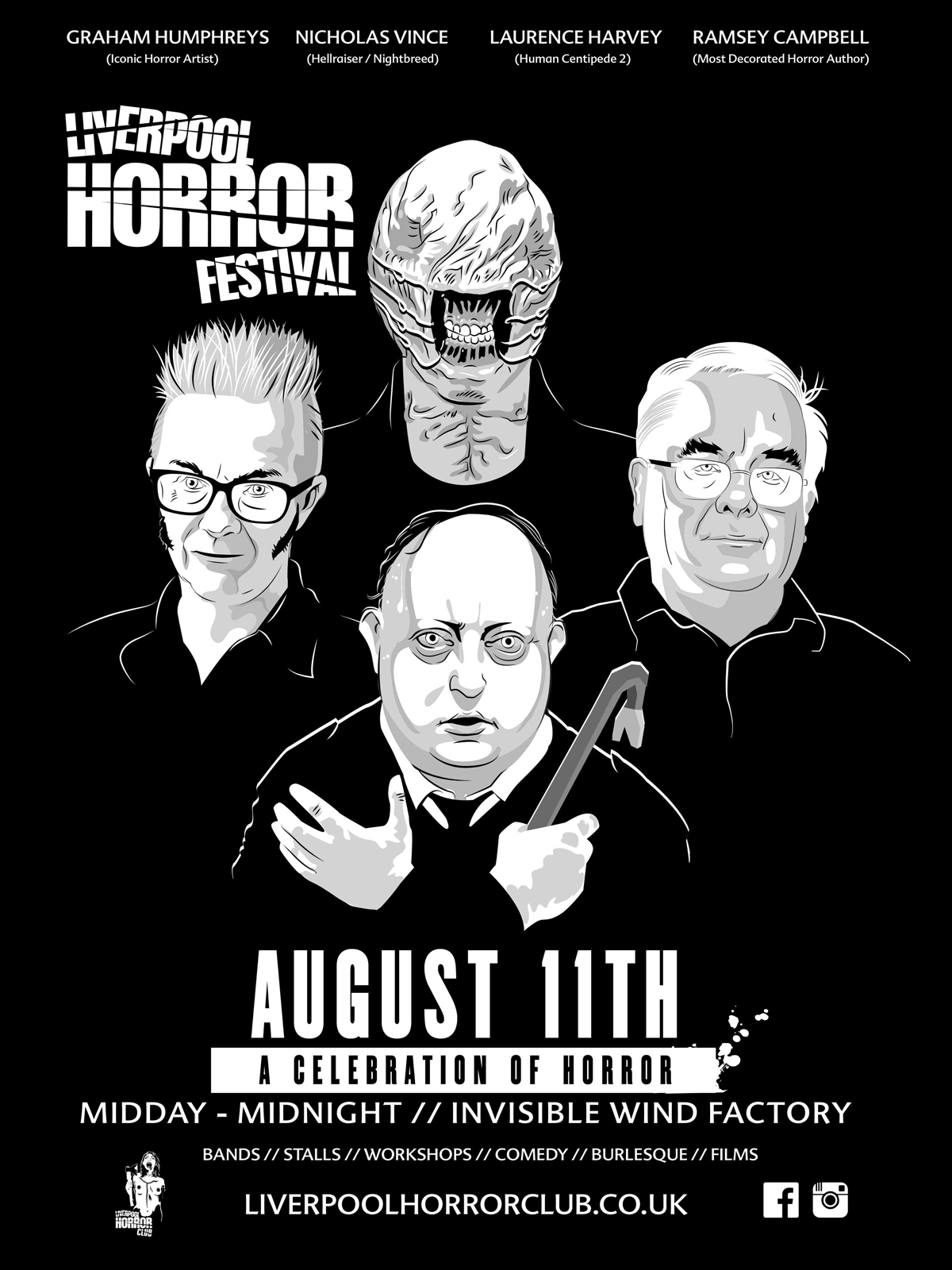 From the team behind Liverpool Horror Club, the Liverpool Horror Festival took place in a new venue this year, known as the Invisible Wind Factory, which is a re-purposed warehouse so is really grungy and suitable for a horror festival – although not a nice place to park. The festival itself had convention style entertainment until six o’clock: including stalls, panels and video games for the daytime; then night-time entertainment including the film Terrifier, burlesque dancers, storytellers and several bands.

There were several stalls with a variety of comics, art, films and books on offer. For a fiver you could even get a gift box which was packaged as a proper VHS film [designed by Uncle Frank Productions], and inside included a Lego figure and a large magnet, among other things. It’s important to note that, as this was a festival and not a convention, there was a lack of guests, costumes and even stalls. I did hear grumbles on this but apart from the last point it didn’t bother me to be fair. [Editors note: Why grumble when you have the opportunity to meet Graham Humphrey, Nicholas Vince, Lawrence Harvey and Ramsey Campbell?!] 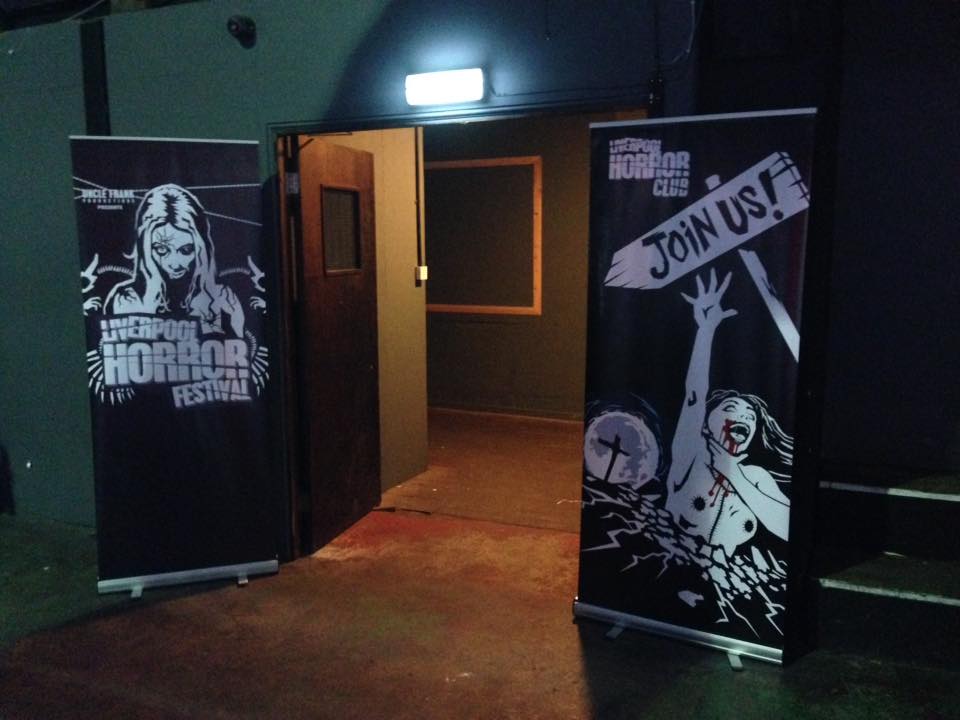 The festival only cost £16 for the full day and night, and you won’t get that sort of entertainment in many other conventions for the same price. Guests usually tend to charge a fair bit for their autographs, but here they signed the free festival poster for nothing.

The stalls weren’t overcrowded and you could actually talk to the creators which, as a creator myself, I find it really interesting to learn how people make their own stuff. The horror video game room was a nice addition, with classics like The House of the Dead, text adventure games and modern releases like Bloodborne which makes me wish I had a PS4. 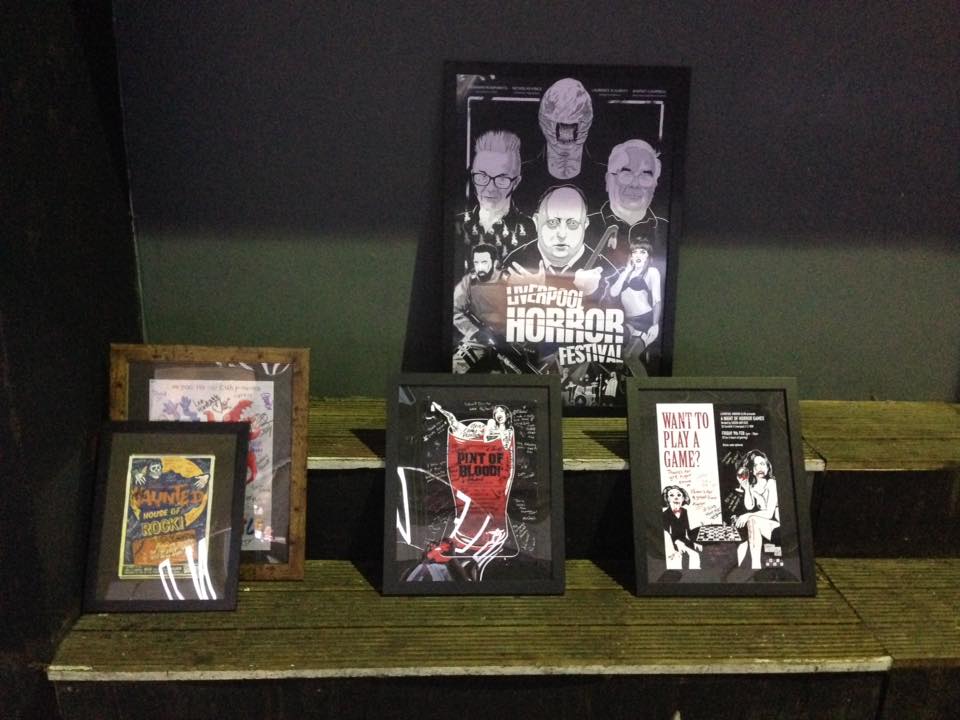 The panel about upcoming action zombie film Redcon-1 included several writers, the director Chee Keong Cheung, and the cast; along with a funny combat demonstration [from fight coordinator Mark Strange] on how to fight zombies. The Redcon-1 trailer itself was great, and it was intriguing to learn in the panel how it was done on a budget with community involvement. Plus having the fight coordinator on the panel was something I’ve personally never seen before at a convention. On a side note: putting the panels in basement was the right decision as it didn’t intrude on the rest of the strong>Liverpool Horror Festival, and added to the atmosphere.

The horror giveaway was amusing and random. I got The Evil Dead – the original – on DVD which, even though I’ve seen, I don’t have so that was cool. The movie trailer review panel worked on numerous levels. It was insightful for me as a writer, who previously has attempted to create a trailer for my Vampires of Hungary Kickstarter campaign, so I got a good sense of what worked. From a history point of view you could see the development of trailers over time. There were also some funny and personal stories relating to the trailers shown, shared from each panelist. Alien was definitely the best trailer – so atmospheric, so eerie… then boom! I’ve got to see it again soon. 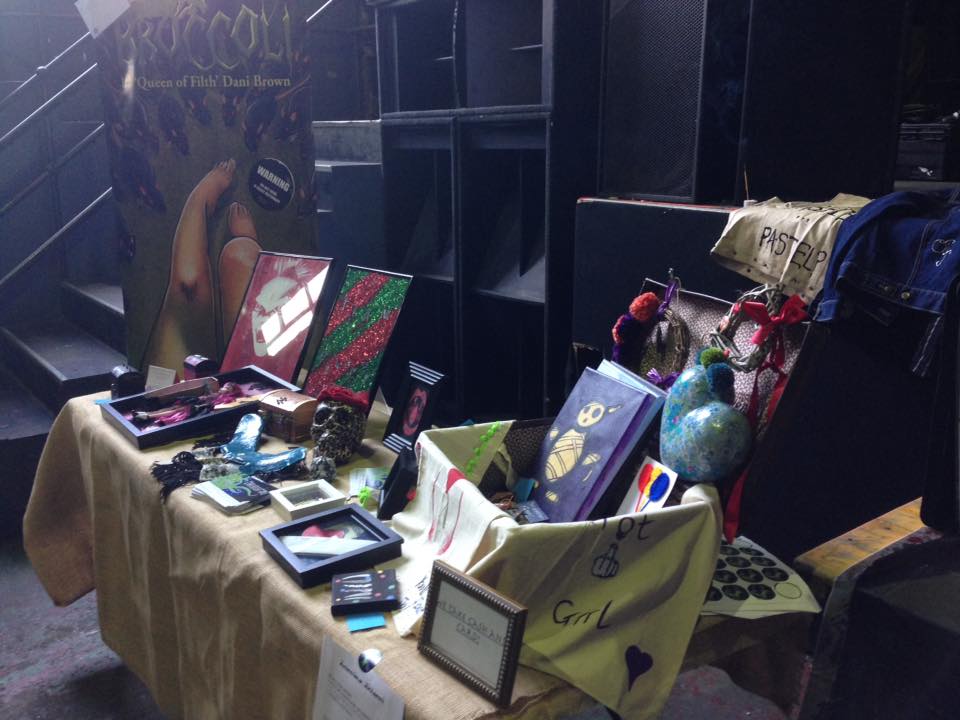 Before I go onto the night-time entertainment, I must admit one slight disappointment… the food was only available until five o’clock, so the choice was to either order in delivery or travel to Liverpool One (or nearby Great Homer Street). I think this could be improved in the future.

The night-time entertainment was mostly comical with an improv group which reminded me of Bottom, and provoked great audience participation with various scenarios being shouted out; the actors making it more horrible as instructed. Nana Funk was the MC again this year and like last time did a great job of keeping the audience entertained whilst the stage was set up. I personally found Thaddeus Bent – horror storyteller – to be the funniest with his dark stories and comedic performance. For the remainder of the evening many of the segments weren’t exactly horror but they were still likeable. The American Psycho pole dancers and burlesque dancers all brought something different, whether it was eating metal to stapling themselves, or their amazing flexibility. Sadly, the event overran so I didn’t get to stay see the whole thing but it was an entertaining event, and with some more stalls next year it could be even better. 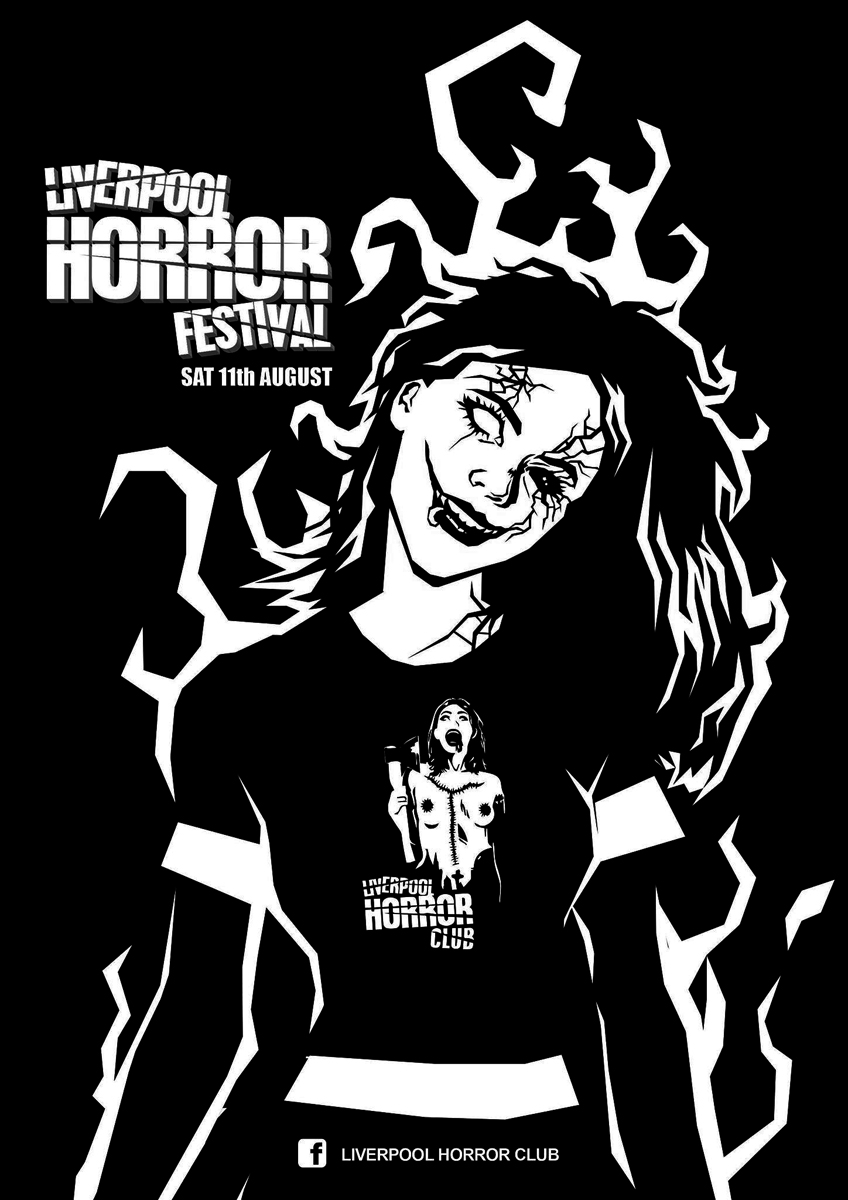