aka In the Devil’s Garden 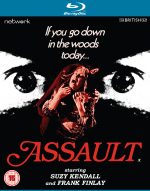 Adapted from Kendal Young’s 1964 novel The Ravine, Sidney Hayers’ Assault is a vicious psychological thriller that was certified ‘X’ by the British Board of Film Censors in 1971.

Tessa Hurst (Lesley-Anne Down, Death Wish V: The Face of Death), a 16-year old pupil of the Heatherdene School for Girls in London, decides to take a shortcut home through the woods – through an area known as the Devil’s End. Unbeknownst to Tessa, she is being stalked by an unseen assailant who, upon making himself known, proceeds to chase her as she flees in terror. With nowhere to run Tessa is assaulted, partially stripped, and raped.

Clearly distraught by the event and left in a semi-catatonic state, Tessa is placed under the watchful eye of psychiatrist Greg Lomax (James Laurensen) by both her parents and the authorities. Lomax hopes to obtain information regarding her assailant that he can then pass onto Detective Chief Superintendent Velyan (Frank Finlay, Lifeforce), but so far his efforts have been to no avail. 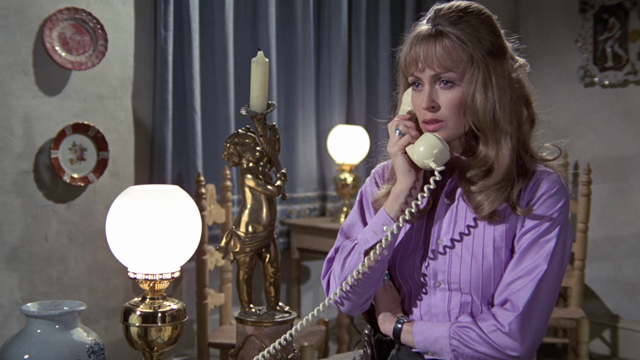 Months after the assault, all pupils of the school are forbidden to walk alone, for fear that the assailant may still be lurking nearby. Art teacher Julie West (Suzy Kendall, Torso) has been offering to drive a few of the schoolgirls home in her car, but today quickly realises that one of the girls, Susan Miller (Anabel Littledale), is missing – and no-one can confirm if her parents had arrived to take her home instead.

Without hesitation Julie drives into the woods in an attempt to locate Susan, but in a panic she loses control of the car and gets stuck in a muddy stretch of the road. Glancing behind her to ensure that the girls are not hurt, Julie catches a glimpse of someone through the rear window; their face illuminated by the red glow of her brake lights, huddled over the body of a young girl. Within a blink of an eye they disappear into the woods. Instructing the other girls to stay in the car, Julie heads over to the body. It is Susan… and she has been strangled to death! 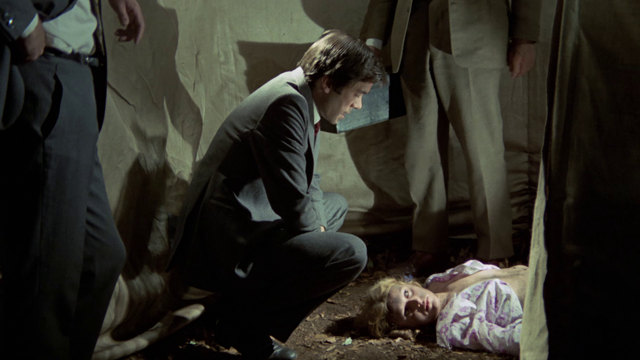 Detective Velyan now faces an agonising choice… The schoolgirl rapist has escalated to murder and must be stopped, but neither Tessa, nor Julie are able to identify the assailant. However, Julia is willing to work with the local news, offering to put herself in harm’s way as bait, in an effort to catch the sleazy, sadistic murderer. But is Detective Velyan willing to employ this unorthodox method, and put Julie’s life in jeopardy?

Assault is tautly directed by Sidney Hayers (Burn, Witch, Burn); employing many techniques used by the Italian directors of the era, such as Dario Argento and Mario Bava. One such technique is the use of a first-person perspective to keep the assailant’s identity unknown to the viewer. For this reason Assault feels like a British giallo, rather than the more conventional whodunit. What separates Assault from something like 1970’s The Bird with the Crystal Plumage (which also starred Suzy Kendall), however, is Hayers lack of visual flare. That is not to say that Assault doesn’t look stunning, but it is directed in a very workmanlike manner and lacks the stylish genius (and perhaps sleaze) of its Italian counterparts. 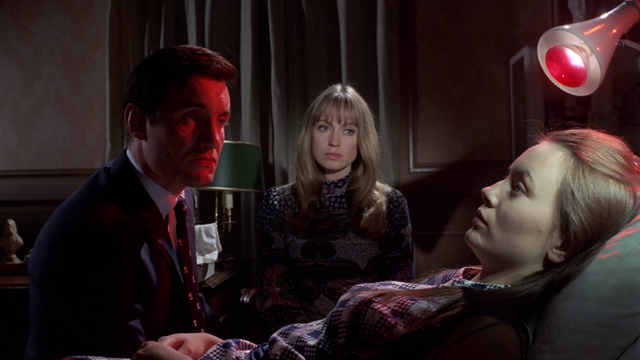 Presented on Blu-ray for the first time worldwide – courtesy of Network’s The British Film series – and including a limited edition collectable booklet written by Laura Mayne and Adrian Smith, Assault has been newly scanned from the original 35mm camera negative, in its original theatrical aspect ratio of 1.85:1. Network’s restoration – remastered from original film materials preserved by the BFI National Archive – reportedly involved careful grain management, the removal of film dirt and damage, and the correction of major instability, warping and density fluctuations.

Although Assault places a number of red herrings around to distract its audience, those of us familiar with the British whodunit (or its variant, the Italian giallo) will have little difficulty determining the identity of the rapist before the film reaches its electrifying conclusion. That being said, Assault is a competently directed, well-acted, crime thriller that, despite its ghastly 70s score, will satisfy your itch for British suspense.

Sidney Hayers’ Assault (aka In the Devil’s Garden) is available on Blu-ray from Network.
Release date: 27th August 2018