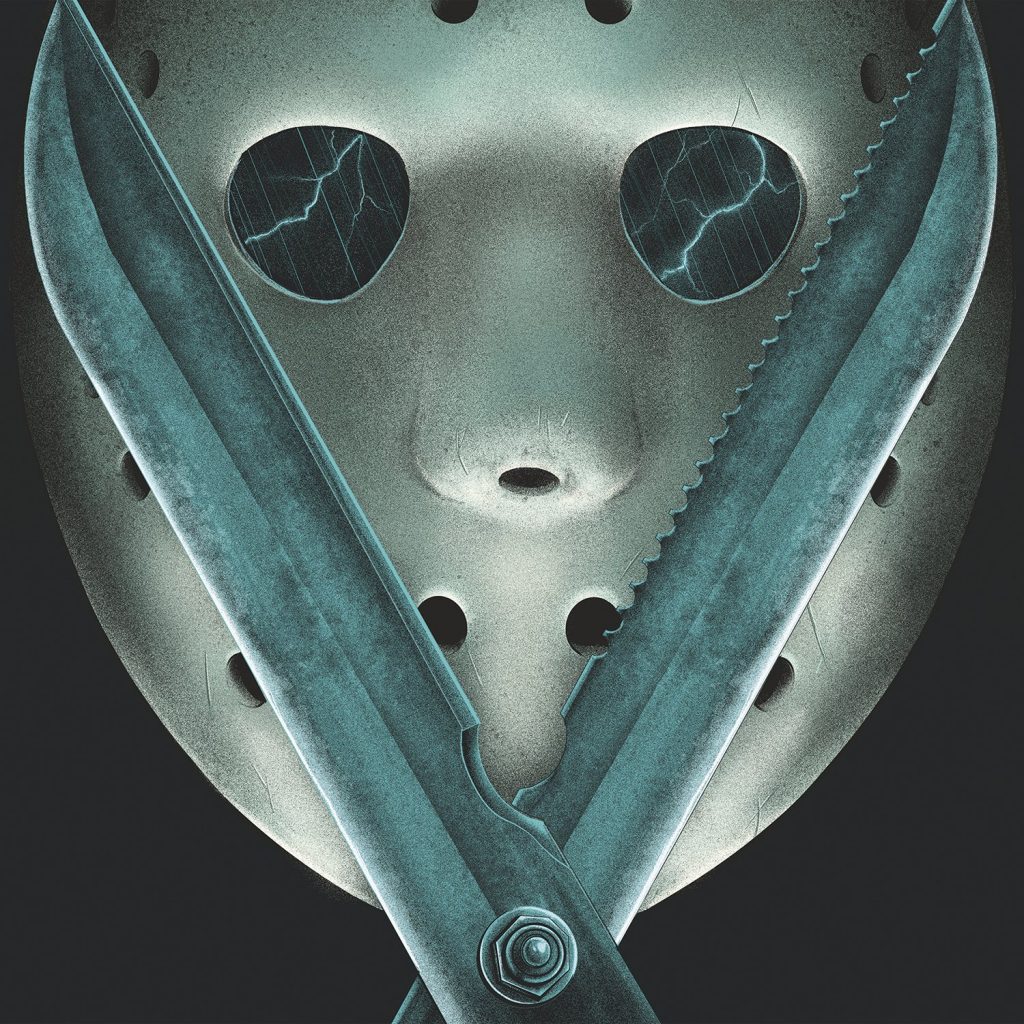 Waxwork Records have also released a retro themed 1.75″ Friday the 13th: The Final Chapter enamel pin, designed by Ghoulish Gary Pullin. Double rubber clutches on the back mount the pin to a printed backing card.

Friday the 13th Part V: A New Beginning vinyl soundtrack, along with the retro enamel pin, is on sale now at waxworkrecords.com; in stock and ready to ship.