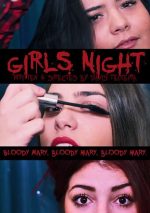 To achieve a successful short film firstly you need to have a solid idea. Having such a short space of time to tell an entire story is an extremely difficult feat, but when it’s done right it’s a joy.

Girls Night from director David Teixeira tells the story of 3 friends, Jess, Alyson & Chloe, who are kindly permitted to use their friend’s home for the weekend and have a girls only Halloween party.

After prepping the food and decorating the place the wine starts to flow and the girls are in full swing. The alcohol fueled dialogue delves into the usual topics of boys and bitching about other girls, but after taking numerous selfies and dancing, the girls have a decision to make, either retire and watch a film or because it’s Halloween they should talk about urban legends and basically scare each other silly. It’s here that the legend of ‘Bloody Mary’ comes up. Mary, a bit like Candyman, appears when you speak her name three times in the mirror. Once unleashed she’s goes on a murderous rampage. Obviously the girls think it’s all nonsense, until they take their joke too far and Mary becomes more than an urban myth. 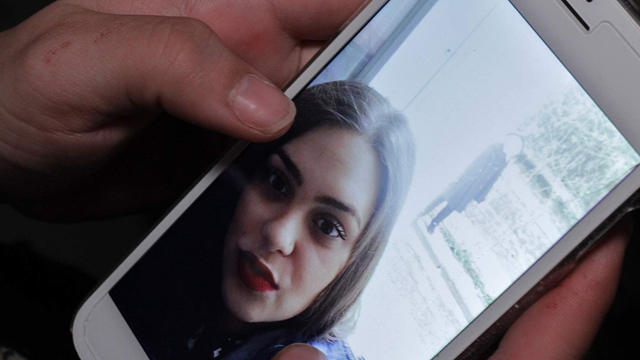 What’s impressive about Teixeira’s direction is that it’s simple, but highly effective. He uses the atmosphere of the house to submit a sense of isolation. There’s a loneliness about the entire piece and although he only uses a few rooms throughout the film, it successfully breathes.

Talented filmmakers can use whatever tools at their disposal to incorporate atmosphere, overcome hurdles to create style and regardless of budget be innovative to become creative. Teixeira’s film isn’t bulletproof by any stretch, but it showcases an imagination to think outside of the box and unnerve the viewer. Its surreal visuals and solid performances propel Girls Night above a lot of shorts on the horror scene, mainly because it’s weird and us horror fans love weird.