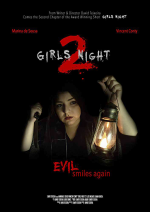 It’s extremely rare that a director creates a sequel to a short film, but director David Teixeira obviously felt he wasn’t finished with his tale of ‘Bloody Mary’.

The first film told the story of three friends, Jess, Alyson & Chloe who spend the Halloween weekend at their friend’s country home partying. Late into the night they accidentally summon the legend of ‘Bloody Mary’ after speaking her name three times. Mary appears and goes on a murderous rampage, with only Jess surviving.

We now pick up the story with Jess staying with her friend Pierre, trying to recover from the incident the year before.

The first film captured isolation superbly in its rural setting. This time around it’s the character of Jess that is isolated as she believes people hold her responsible for the deaths. Once again the environment is a rich rural setting with a wonderful colour scheme and one that plays off the character of Mary very well. 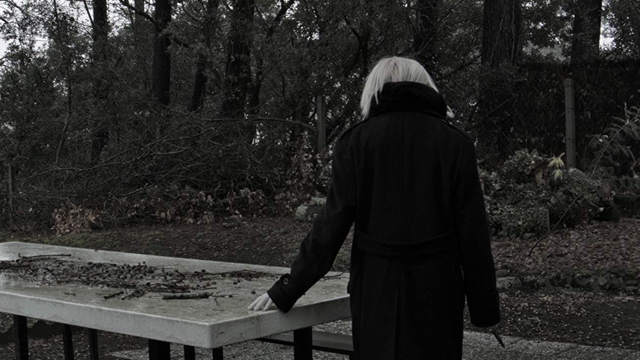 When Mary appears she’s creepy as hell due to her aesthetically strange appearance. It’s nothing more than a flesh mask and white wig, but there’s something truly unnerving in the character’s movements.

You can clearly see that budget is hindering Teixeira’s ambitious scope due to the choppy editing and performances, but because the character of Mary is so striking Girls Night 2 pulls through. No way as meaty as the first film, but something truly sinister lurks here and I wouldn’t be surprised if we once again see Mary in a third instalment.